Labor backbenchers will seek to reverse a 25-year ban on the ACT and Northern Territory legalising voluntary assisted dying this week, as debate begins in the federal parliament pitting territory rights against staunch opposition to euthanasia.

Luke Gosling, the MP for the Darwin seat of Solomon, and Canberra MP Alicia Payne will move a private member’s bill on Monday to repeal the Howard-era laws, which could go to a vote in the lower house as soon as this week. 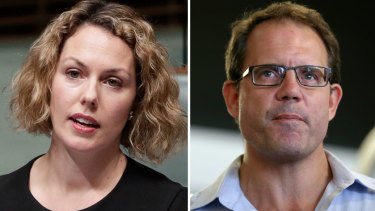 Employment Minister Tony Burke, who in the 1990s backed the campaign by former Liberal MP Kevin Andrews to bar the territories from legalising euthanasia, is expected to be among a small number of Labor politicians who will use their conscience vote to reject the Restoring Territory Rights Bill. Coalition MPs are also anticipating they will have a conscience vote.

Gosling said he anticipated the bill would pass the lower house but face a tougher challenge in the Senate, where a vote will not happen until later in the year.

He is lobbying colleagues to back the bill on the principle of territory rights – ensuring the ACT and NT have the same power as states to make laws for their citizens, while leaving the broader ethical debate on assisted dying to their respective parliaments.

“There are some people on our side that have indicated that they won’t support it,” Gosling said.

“I will just keep appealing to them that while I appreciate their conscience dictates a certain way, it’s actually the conscience of the members of the territories to debate and then, through their elected representatives, to decide.”

Known as the “Andrews laws”, the 1997 Euthanasia Laws Act banned the territories from legalising voluntary euthanasia and was enacted after the NT briefly became the first jurisdiction in the world to do so in 1995.

In recent years, the federal ban has seen the ACT and NT become outliers as states legalised voluntary assisted dying, with NSW the last to do so in May this year. The most recent vote to overturn the ban, in 2018, was narrowly defeated 36 votes to 34. But the composition of the parliament has significantly changed since then.

Payne said she was “optimistic” the different dynamics of the Senate meant it would pass this time.

Coalition NT senator Jacinta Price is the only federal representative from either territory to indicate she might not support the bill, saying she did not trust the NT Labor government to consult with Indigenous communities when it came to legislating voluntary assisted dying laws.

“I haven’t fully formed my decision,” Price said. “My concern around assisted dying, which would be a decision for the Territory to make obviously, is the way the current [NT] Labor government have conducted themselves. I see them continuing to fail in terms of trying to support the lives of vulnerable Indigenous Australians.”

In Labor’s ranks, opposition is most likely to come from members aligned to the conservative Shop, Distributive and Allied Employees Association.

Leader of the “shoppies” grouping, Trade Minister Don Farrell and his allies Deborah O’Neill and Helen Polley voted against the repeal attempt in 2018, as did Senator Pat Dodson.

Farrell declined to comment. O’Neill said she would consider the legislation “on its merits” but she stood by her position articulated in the 2018 debate that “assisted suicide cannot … be safely legislated”. Polley and Dodson could not be reached for comment.

The Greens’ ranks have swelled to 12 members, from nine, all of whom are expected to back the bill. It will also have the support of independent ACT senator David Pocock – who campaigned on territory rights and defeated Liberal Zed Seselja, a staunch opponent of voluntary euthanasia. On the Coalition side, senior Liberals Simon Birmingham and Marise Payne backed the repeal of the bill in 2018, and are expected to be joined by colleague Andrew Bragg if they adopt the same position this time.

Independent Tasmanian senator Jacqui Lambie, who was not in the Senate for the 2018 vote, has signalled she will back the bill, as has her newly elected colleague Tammy Tyrrell.