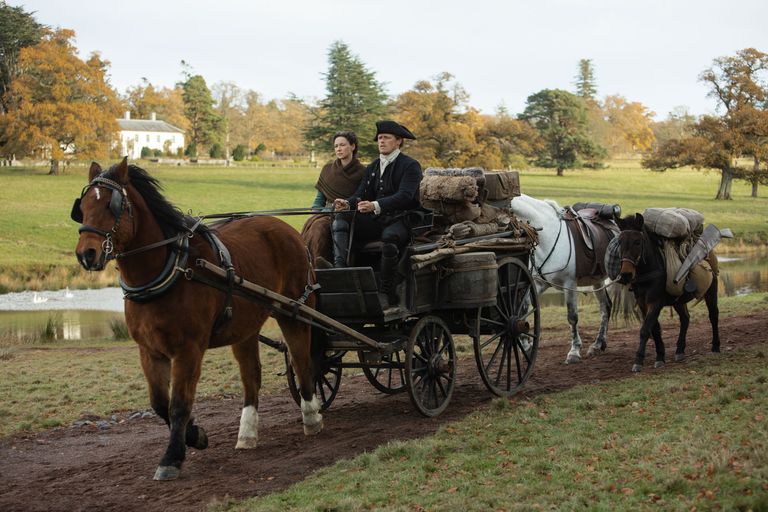 “Fans can rest assured their beloved Claire and Jamie will be back facing new challenges, adversaries and adventures in Seasons 5 and 6 as we delve into American history and continue the story of the Frasers as they settle in the New World,” Starz CEO Chris Albrecht said in a statement.

Each season will feature 12 episodes each (Season 4 will feature 13, in comparison) and will be based on books five and six in Diana Gabaldon’s Outlander series, The Fiery Cross and A Breath of Snow and Ashes.

It’s unclear if the seasons will split both books evenly. “Every year we approach it fresh,” executive producer Ronald D. Moore told EW in March. “Should we keep it a book a season? We’ve done that up until now. But we’ve talked about splitting books, and we’ve talked about combining them. We want to be free in the writers’ room to pick and choose and do what feels most comfortable that year.”

Moore also told told TVGuide.com in March that Season 5 was already in production. “We are deep into planning for Season 5 even though it’s not officially picked up,” he said.

Starz confirmed today that Season 4 will premiere in November this year.

Original post, 1/12/18: Outlander fans, you can rest easy. While the show has not yet been officially renewed for Season 5 and beyond, that’s not for a lack of interest. During an appearance at the Television Critics Association Press Tour today (January 12), Starz CEO Chris Albrecht offered some good news on this front.

“I wouldn’t worry too much about that,” Albrecht said when asked about the lack of a renewal for Outlander. “There are ten books, and we are having very productive conversations about the future of the show.

“We have joined the legions of fans of Outlander around the world. Our biggest concern is making sure that we don’t kill Caitriona [Balfe] and Sam [Heughan] along the way,” Albrecht added, noting how incredibly hard both stars work on the show. “The two of them are fantastic and deserve every bit of the accolades they have received.” Balfe was recently nominated for a Golden Globe for her portrayal of Claire Fraser in Season 3 of the series.

While fans await official renewal for Seasons 5 and 6 of the show, they still have Season 4 to look forward to. Based on the book Drums of Autumn by Diana Gabaldon, the new season will see Jamie and Claire settle in the American colonies, meet up with Jamie’s Aunt Jocasta, and encounter a new villain. It will likely premiere this fall. Additionally, Starz is airing a marathon of Season 3 this Sunday (January 14), culminating in an exclusive scene from Season 4 airing at 10 PM EST.