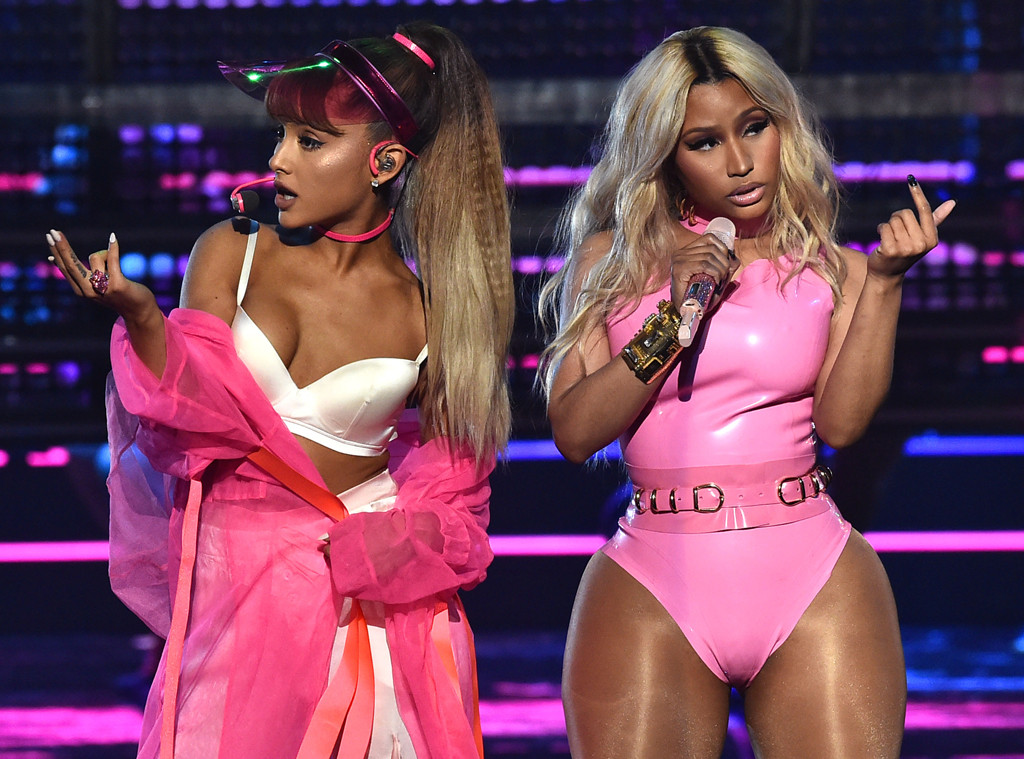 Nicki Minaj is showing some love to her girl Ariana Grandein her new song “Bust Down Barbiana.”

The rapper once again shut down any rumors of a feud between her and the pop princess when she gave Ariana a shout-out on her newly-released remix. Nicki raps, “Killing everybody beat, thank u, next Ariana.”

For some reason, some people took Nicki’s reference to Ariana’s hit song as a shade, which forced the “7 Rings” singer to take to Twitter to address the song. “there will never be anything but love between us ever,” the songstress shared. “she’s been there for me (in real life) every time i’ve needed somebody & i’ll always be there for her. we love each other. bet.”

Nicki saw Ari’s tweet and provided further evidence that there is no beef between the two star’s. She commented, “Not more than you’ve been there for me behind the scenes. Love you. For life.”

These two, who previously recorded “Bang Bang” together, set the records straight just hours after Nicki released the remix of the song, formally known as “Bust Down Thotiana.” The song quickly started trending on Twitter, all thanks to the rapper’s fans flooding the social media app with praise.

Just days before, Nicki released her new music video for her song “Hard White,” which fans once again think was her way of shading a big star. In the risqué video, fans spotted a scorpion broken into pieces, causing people to speculate that Nicki was coming for Drake in the video. His fifth studio album is titled Scorpion.

But Minaj says she likely isn’t trying to be shady most of the time even though she sometimes calls people out by name. “With ‘Barbie Dreams,’ you guys do know that is not a diss, right? You do know that the people I said on ‘Barbie Dreams’… I said things about people who I know can take a joke and who I know can’t be emotional with it,” she previously clarified on Beats 1. “It is what it is.”