Spoilers for the April 29 episode of Westworld. HBO’s sci-fi/Western series can often function as a meta commentary on the nature of television itself, with showrunners and writers and designers behind-the-scenes crafting narratives for "actors" to play out to satiate their "audience’s" desires. Occasionally, those "actors" are recast — as is the case with the new El Lazo in Westworld Season 2. Sometimes shows have to replace their stars for a variety of reasons (like when Game Of Thrones had Michiel Huisman fill in for the departing Ed Skrein as Daario Naharis), and viewers have seen that play out on Westworld several times: Dolores’ father was replaced after the original model starting glitching, and Maeve was joined by a new Clementine after the original was decommissioned. But this newest change in casting is likely to rile up many TV fans, as El Lazo is now played by a familiar face from a recent acclaimed series; Breaking Bad‘s Giancarlo Esposito joined Westworld in "Reunion."

The reveal comes as quite a shock, as the Man In Black (who I suppose we should now refer to by his actual name, William) traveled through the town of Pariah in his newfound quest to locate "the Door." But given that Lawrence, who you may remember as Season 1’s El Lazo, was with William at the time, viewers probably didn’t expect them to run into the town’s infamous outlaw leader. But there he was, sitting at his table just like the first viewers met him, only this time with the distinctive vocal patterns and recognizable face of The Chicken Man himself, Breaking Bad‘s Gus Fring. 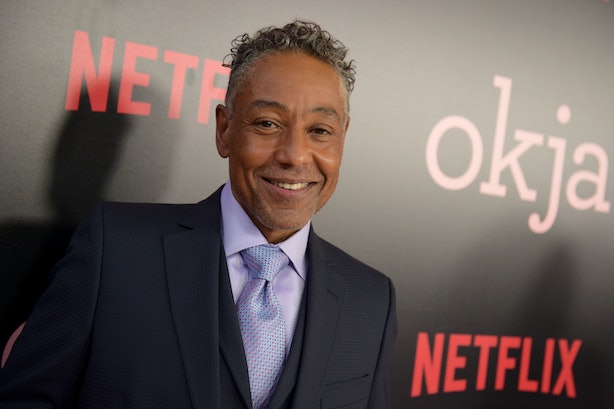 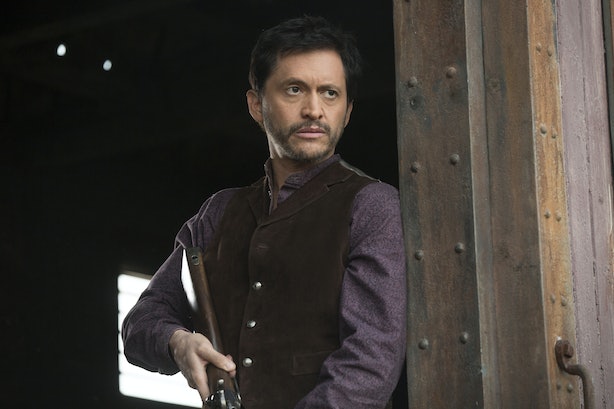 Unfortunately for those fans excited to see Esposito on Westworld, it seems like his role may have been more of a stunt cameo than a new major player. At the end of his one scene, the new El Lazo put a bullet through his brain rather than help William find "the Door" — and with chaos reigning behind-the-scenes and most of the techs murdered at the hands of rebelling robots, it seems unlikely anyone will be coming along to repair and revive El Lazo anytime soon.

Still, Esposito’s presence raises the tantalizing possibility of more fun Easter egg cameos to come. What other familiar faces might our heroes encounter as they journey through the perilous park? Viewers will have to stay tuned to find out what other surprises the show might have in store for Season 2.