Now that’s something to scream about.

On Thursday, Neve Campbell, 48, revealed that she survived an all-too-close encounter with a bear on a movie set when she was 17.

“I was playing this role where she’s ‘one with the animals’ and there was a scene where I was getting chased by a bear,” she said on “The Kelly Clarkson Show.” “They brought this bear on set and they first gave me this big bottle of Coke to feed it.”

After Campbell fed the bear, she was instructed to dip her hand in honey and “just run. And when you get to the tree over there, turn your hand out and feed the bear.”

The “Party of Five” alum did just that but was horrified to discover that the bear “is not slowing down and he’s not coming for my hand.”

“He grabs me by the leg and he pulls me through the forest,” the actress continued. “My mother was visiting [the] set and she’s screaming. The whole crew is frozen because nobody can believe what’s happening. All I can think to say is, ‘He’s biting me,’ like it’s not obvious.”

Fortunately, she escaped becoming an ursine snack when an animal wrangler began “throwing rocks” at the bear to distract it from her. 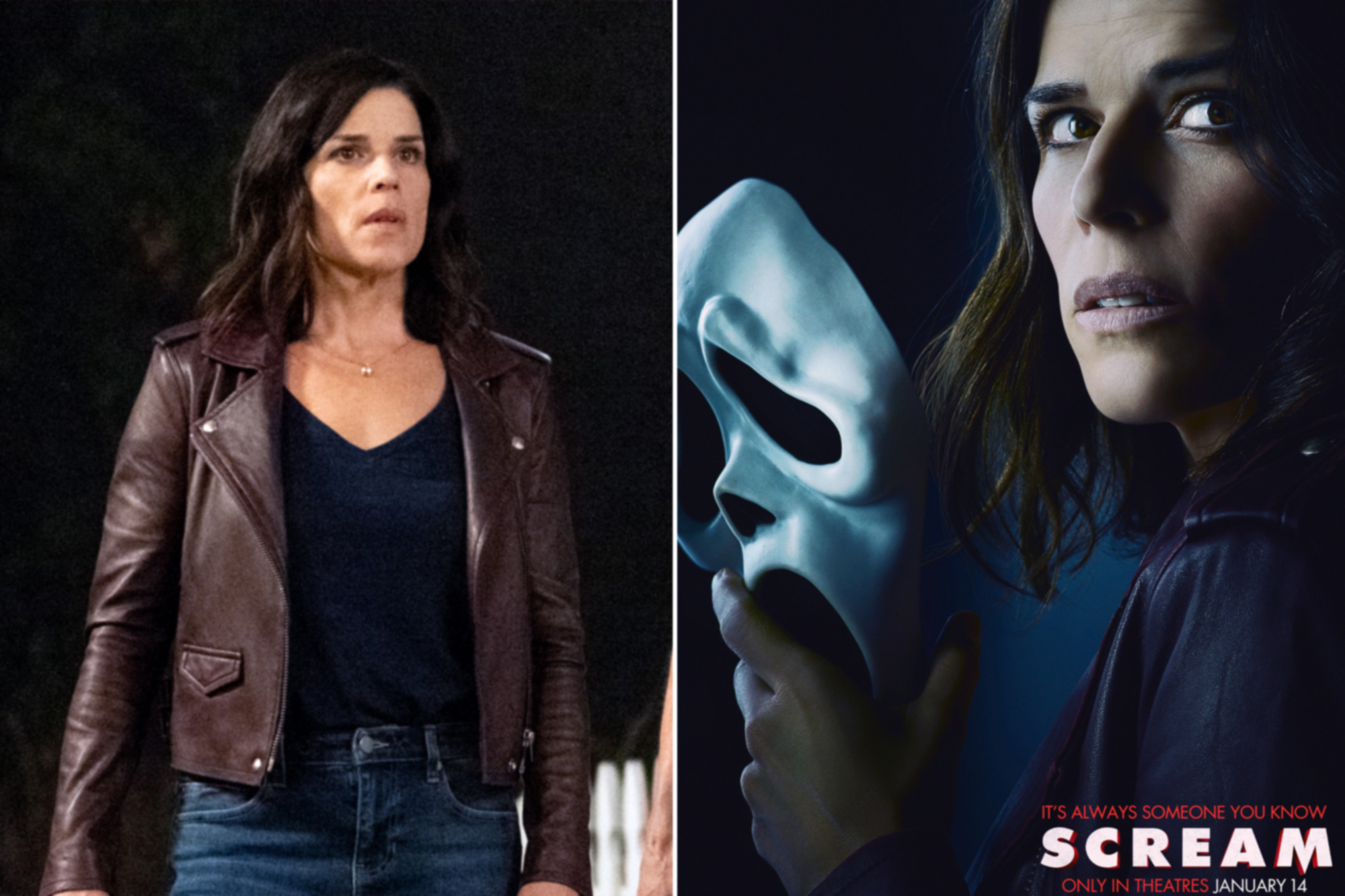 Campbell is currently promoting her return as Sidney Prescott in the latest “Scream” movie, which sees her character attempting to solve a series of murders committed by the franchise’s killer, “Ghostface.”