If there's anybody who personifies the saying "the show must go on" then surely it's Caroline O'Connor. Australia's musical theatre queen, best known for vamping it up as the nightclub singer Velma Kelly in Chicago, was in sparkling form in Funny Girl at the Sydney Opera House last July.

What the audience was not aware of was that as she was filling the concert hall with a string of Broadway hits, O'Connor was nursing a private heartache. Only hours before the curtains rose on opening night, she had left Campbelltown Hospital, where her mother lay ill with pneumonia, not knowing if she'd ever see her again. 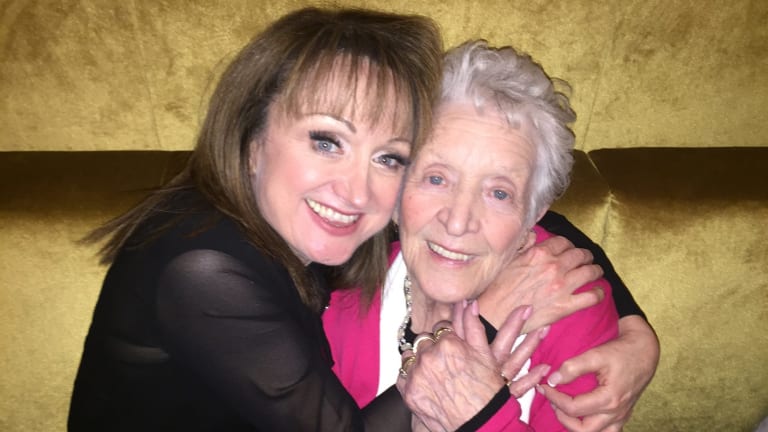 "She wasn't well at all, but there was never any doubt of what she wanted me to do that night," she says firmly, perched on a lounge in City Recital Hall on the eve of her upcoming one-night show, From Broadway With Love. "I had to go on."

Soon after meeting O'Connor it's obvious that optimism, energy and dedication have been the bedrock of her career, but her voice quavers as she recalls the last weeks of her mother's life. 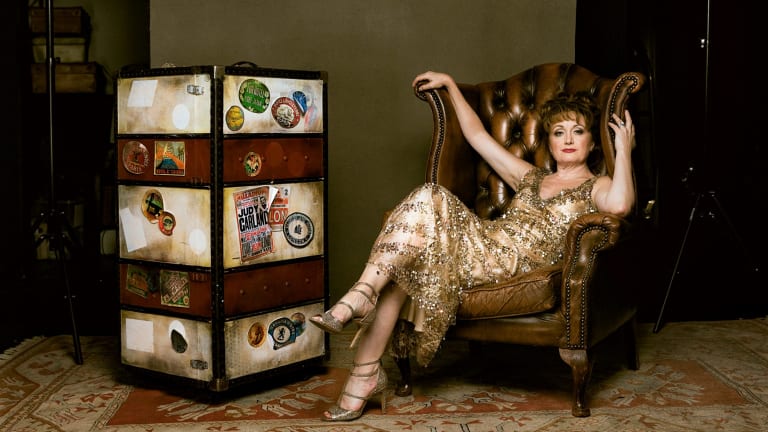 "Going on stage that night was the hardest thing I've ever done in my life," she says. "I was just devastated. It broke my heart. I adored my mum."

Maureen O'Connor died shortly after the performance that evening. She was 90.

"Mum came to every show she could make it to when I was in Sydney. For Funny Girl, she'd picked out her clothes, and had them altered because she'd lost so much weight. She kept saying, 'Now who's taking me to the Opera House?' How lucky was I to have a mother like that?"

Mrs O'Connor was undoubtedly her daughter's most fervent supporter. After moving to Adelaide with her husband James as "ten pound Poms" from Britain, the couple, seeing their daughter was a gifted dancer, moved to Sydney when she was six years old so she could join the best Irish dancing school in Sydney.

The lived in Rockdale, so close under the flight path that it made the china rattle. They did shift work at Qantas, her mother in the staff canteen and her father in cargo. Caroline, 10 years younger than her siblings, was a latchkey child. Home alone, she took refuge in music, lowering the needle down on track after track, singing her heart out to A Chorus Line, and anything by Ethel Merman, Julie Andrews or Judy Garland.

Her parents used their staff discounts to make sure she entered international competitions. By the time their youngest child was 17, their dedication had paid off when she won a scholarship to the prestigious Royal Ballet School in London.

Although it didn't take long to realise she was never going to be a lead swan, her ballet lessons instilled in her a fierce work ethic she has never lost. She toughed it out in a Baron's Court bedsit, feeding coins into the metre to keep the gas heater going, and learnt what it meant to topple into bed at night, completely spent. That was the way most of the students did it, she says. They practised, listened and learned – no complaining. It was just classes, discipline, routine, more classes.

But it was in musical theatre that she found her natural habitat. Almost from her first show it was a steady upwards climb, and O'Connor was soon in almost perpetual demand on Broadway and London's West End, earning tributes, among many other performances, for Chicago, West Side Story, Anything Goes, and Mabel and Mack.

Going on stage that night was the hardest thing I've ever done in my life.

For more than three decades, as her daughter spun around the globe, her mother kept every article and review, every photograph and trophy. "My parents' home in Kurrajong is so beautiful, it's like a museum to all of us [O'Connor and her siblings]. She'd even kept the pinny I wore in my first Irish dancing championship with number 150 on it.

"She was high spirited right until the end. She kept whispering to me, 'Money well spent, money well spent.' She was just so proud of me."

From Broadway with Love also signals another shift in O'Connor's life. By Christmas, she and her musician husband Barry Shaw will have made a sea change to Noosa. They recently sold their home in Woollahra and have bought a waterfront property instead. "It's my gift to him, after so many years following me about the world with our suitcases," she says.

"I've been very lucky in love," she says. The pair met shortly after she arrived in London trying her luck in musical theatre. He was captivated by her voice, and she loved his saxophone riffs from the orchestra pit. "It was more love at first sound that sight," she says. "He said, 'Who's that singing?' and I asked someone 'Who's that playing the sax?'"

Having waiting so long before she was a leading lady – she was 33 before she finally stepped forward from the chorus line and onto centre stage in Mack and Mabel – O'Connor has a robust appreciation of success.

"I don't take anything for granted," she says. "Anything."

She's still hypnotised by the thrill of opening night. "I like to peek behind the curtain and look at the audience to remind myself of what people have come here to see with their hard-earned cash. I still love having an audience. I love being able to move people. I love making them laugh, or creating a deafening silence."

Now in her 50s, O'Connor still seems open to the world, still curious about what makes people tick. She reads biographies of great performers, and when playing Countess Lilly recently in Anastasia, the musical about Tsar Nicholas II, she became fascinated by Russian history.

Her exuberance, she says, is partly DNA. "My mum was always peppy, a real enthusiast, and dad was so incredibly hard working. But mainly I think it's also because I've found something I love doing, and found someone I love. I've been so incredibly fortunate."

When she performs next Friday though, there will be a pang when she looks out to audience and fails to find her number one fan smiling back at her.

Did her mother have a favourite song? "No," she says. "She loved all of them."

Caroline O'Connor: From Broadway with Love will be at the City Recital Hall on October 26.