A SINGLE mum-of-four was left unable buy food for her kids after her bank account was suddenly blocked with no explanation.

Danielle Swain, 30, was shocked to find she couldn't use her Royal Bank of Scotland debit card or access money to provide for her family. 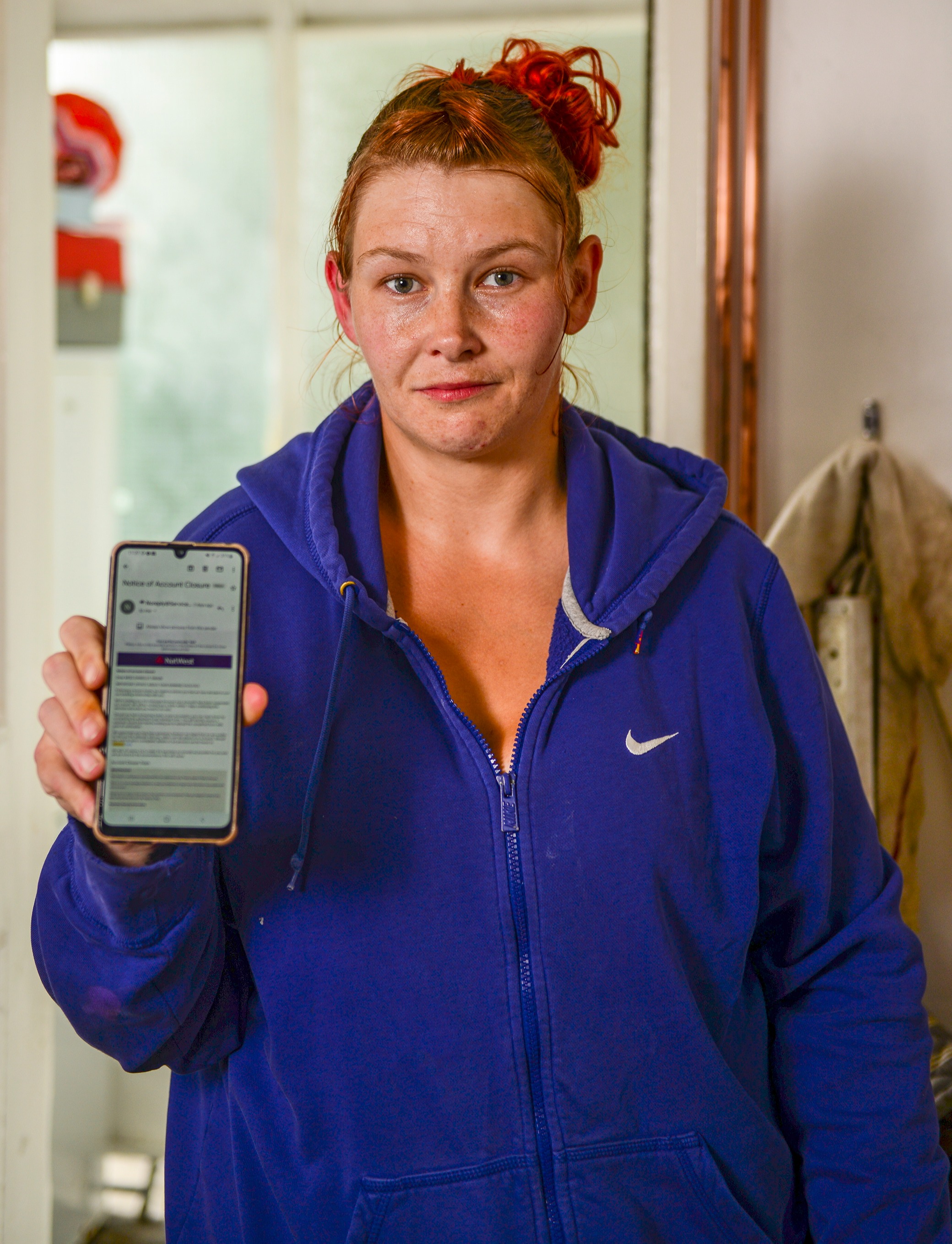 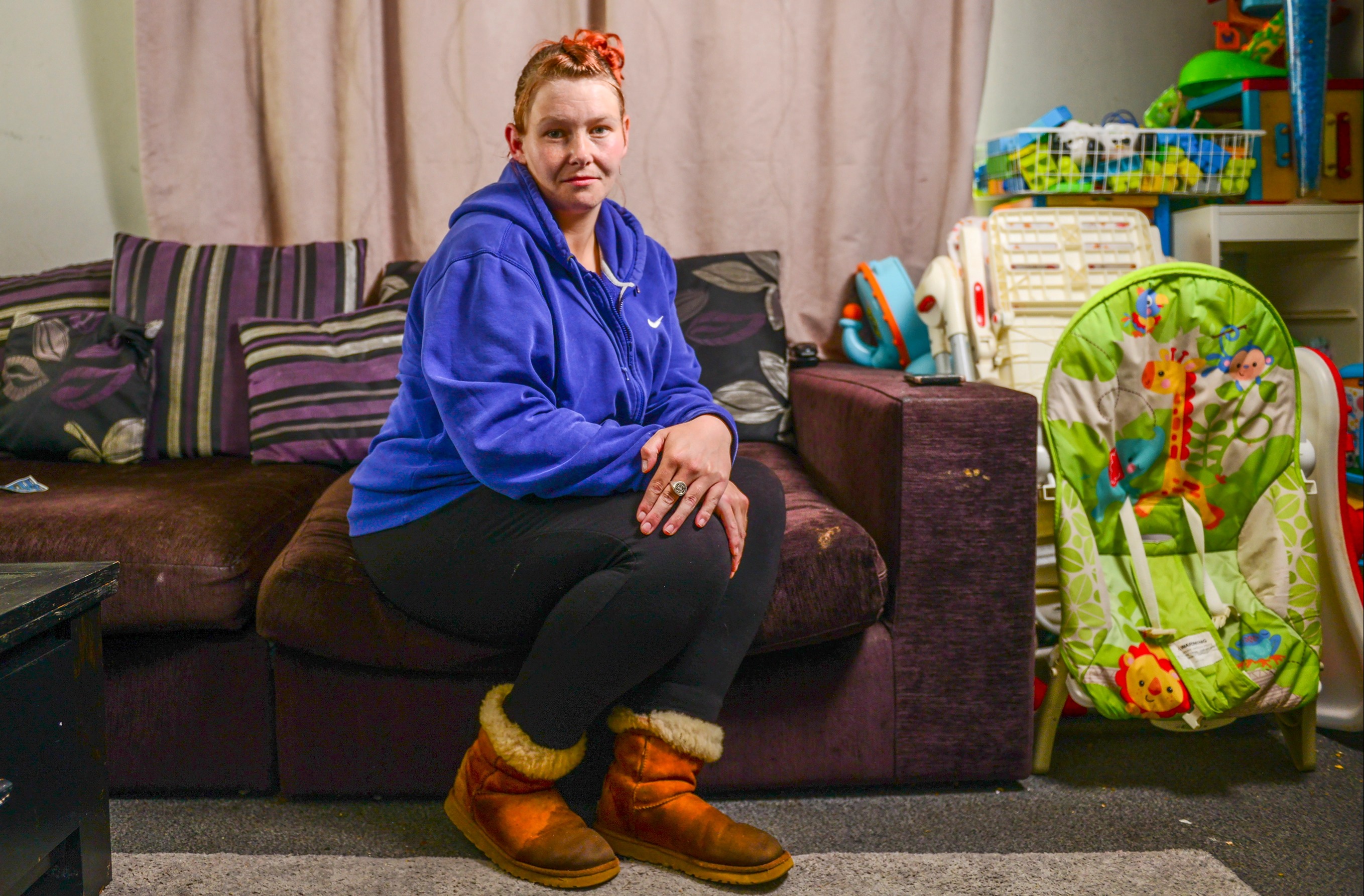 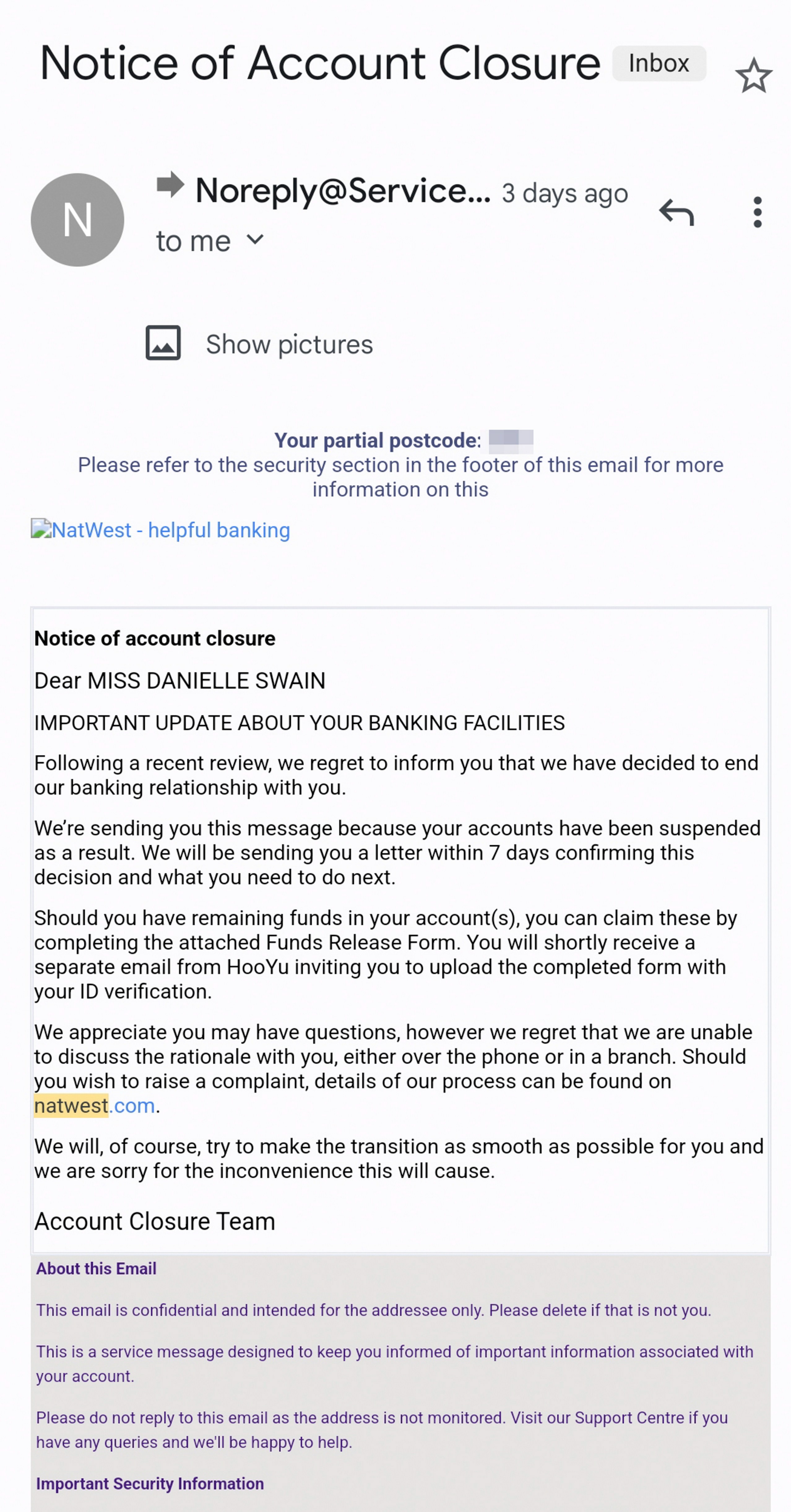 The mum, from Southampton, says she's wrongly been caught-up in a battle with the bank after £10 was transferred between her account and her ex-partner's on August 15 – the same day he reported an unauthorised withdrawal of £50.

She told The Sun Online: "I actually don't know what has happened, there was this £10 transaction and they've said that was a fraudulent transaction between mine and my ex-partners bank account."

Danielle says after he made the report, she was barred from using her bank cards and had to go into the bank to access her benefit payments.

But within a few weeks, Danielle was totally blocked from accessing any money that she relies on to get by day-to-day. 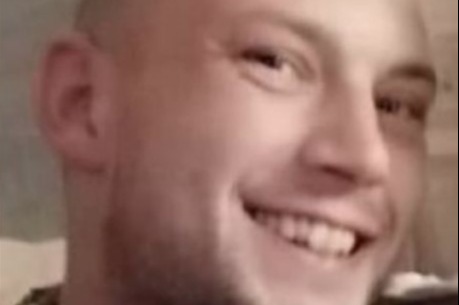 Boy, 16, among three charged with rape and murder after man, 31, killed 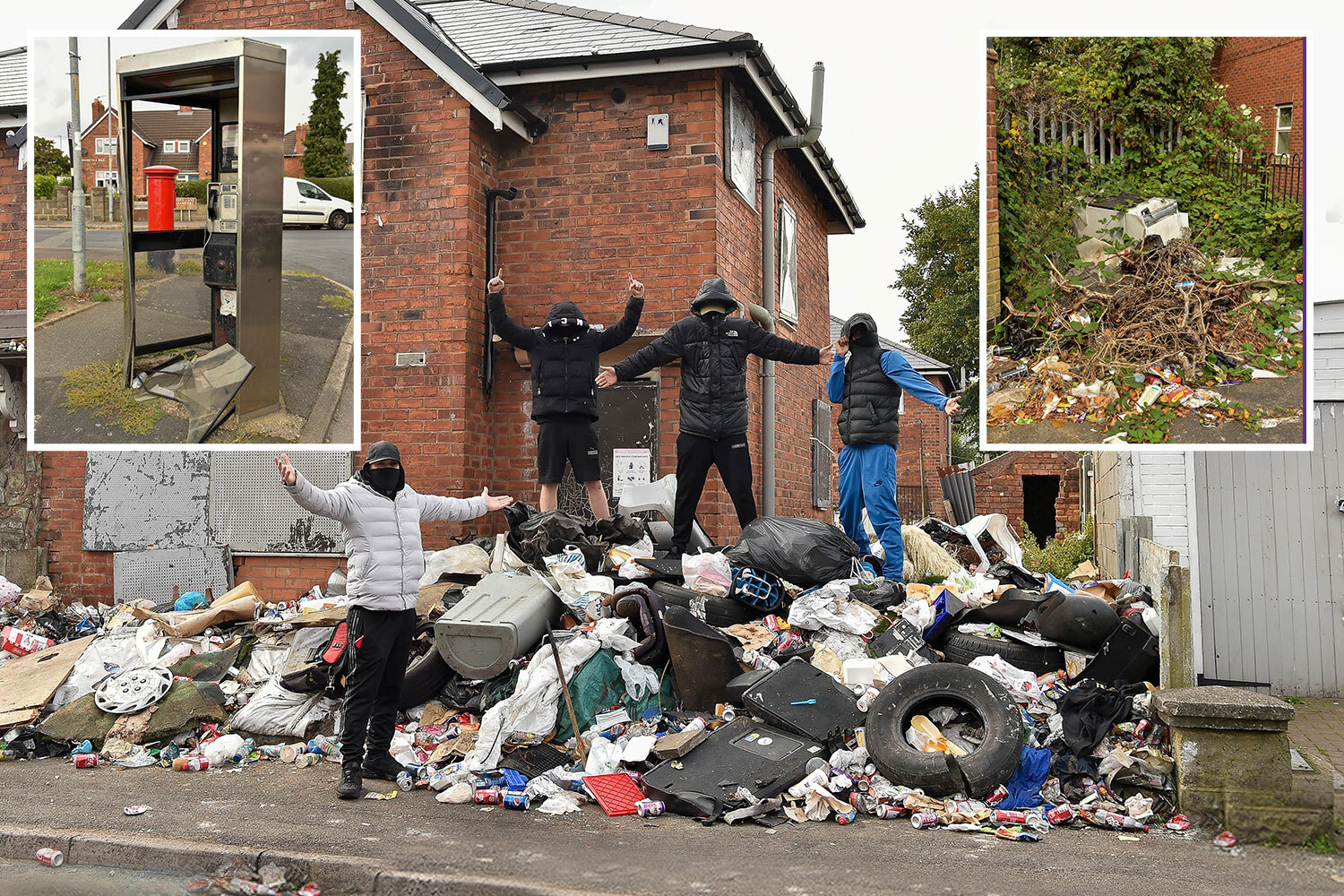 "I've got money in my account and I cannot touch it. I've got four kids to provide for and I've been left with nothing."

Banks are allowed to close accounts without notice if they suspect fraud, but customers who think their account has been closed unfairly can complain.

But Danielle says she sent numerous emails to her bank trying to find out what was going on. Her dad Graham also said he spent eight hours on the phone to the bank but "got nowhere".

When The Sun Online contacted NatWest with Danielle's concerns, a banking representative organised for her funds to be moved to her father's account.

UK airport to permanently CLOSE as flights are stopped

Details on why her account was not reinstated immediately were not explained in specifics.  A bank spokesperson said the lock on Danielle's account was a matter of protocol.

They said: “Like all UK regulated banking institutions, NatWest is subject to legal and regulatory requirements, and we treat compliance with them as a matter of priority.

“This may mean NatWest is required to delay or refuse to act on a customer’s instructions, and/or suspend or restrict a customer’s accounts and/or services.

“The bank does not make any comments on the specifics of this case.”

Danielle was shocked when she received an email from the bank which said her account was being closed.

An email, seen by The Sun, stated: "Following a recent review, we regret to inform you that we have decided to end our banking relationship with you.

"We’re sending you this message because your accounts have been suspended as a result. We will be sending you a letter within 7 days confirming this decision and what you need to do next."

How to complain about your bank

If you think your account has been closed unfairly, you can complain to the provider involved.

If you don't get a response within eight weeks or you're not happy with the response you do get, you can take your complaint to the free Financial Ombudsman Service.

The Ombudsman says most of the complaints it sees about bank account closures or freezes involve:

Confused and distressed, Danielle said she didn't understand what she had done.

As her benefits go into her NatWest account, she was left terrified at the thought of being cut off from her funds until she re-established at another bank.

After further probing, a NatWest spokesperson said Danielle had been cleared of any wrongdoing and apologised.

A spokesperson said: "While we were alerted to information from another bank that caused us to apply these account restrictions, we have reviewed the case in detail and will be removing the restrictions applied to Ms Swain’s account.

"The laws and regulations that govern us, and all banks, mean that we are unable to discuss these measures in advance with customers, or to provide further information on the actions we are taking, even when customers contact us to enquire about them.

“We apologise for the frustration and difficulty this has caused Ms Swain and our dedicated complaints team are currently working with her to make things right.” 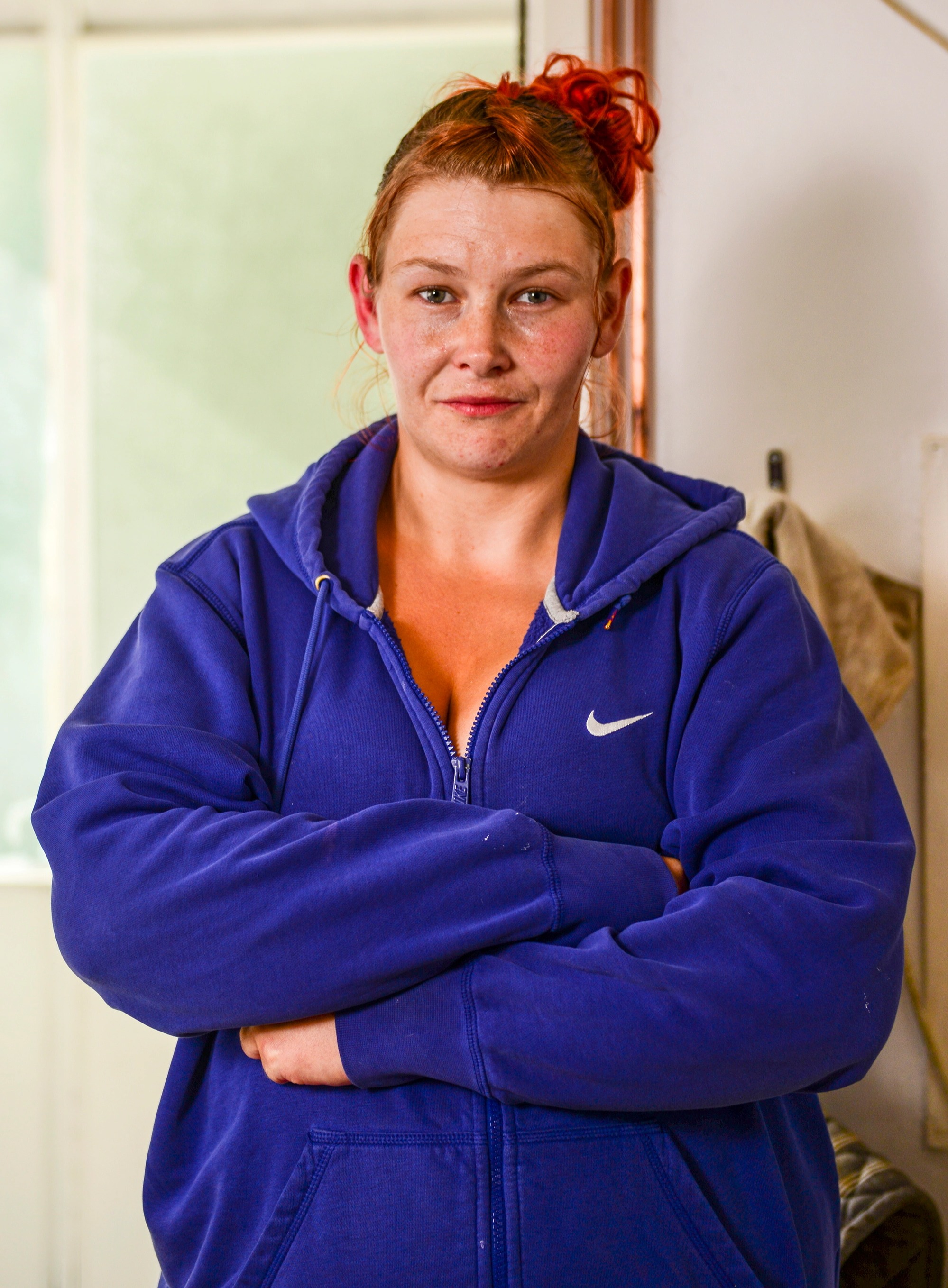