Mother, 36, who wanted one more baby 13 years after the birth of her fourth child gave birth to surprise TRIPLETS after conceiving without IVF

A mother is looking forward to her first proper Christmas with her seven children after spending last December in hospital with her surprise triplets.

Identical triplets – Thai, Tyler and Tomas were conceived naturally – at odds of 160,000 to one – after Mary McCandlish, 36, from Barrhead in East Renfrewshire decided she wanted one last baby to add to her family of four.

After spending last Christmas at Queen Elizabeth University Hospital in Glasgow, while the boys were fighting for their lives in an incubator, Mary is looking forward to their first Christmas at home. 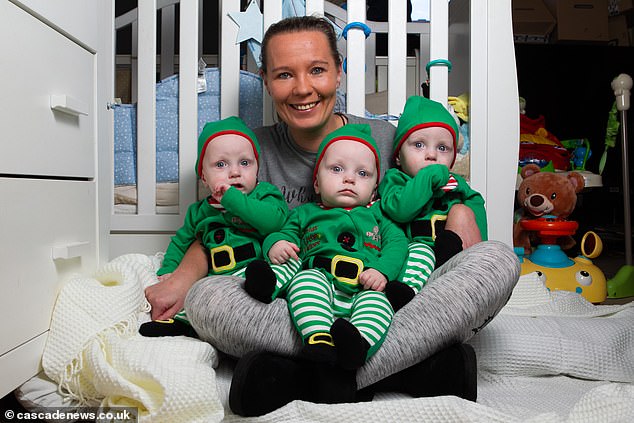 Mary McCandlish, 36, from Barrhead in East Renfrewshire, had Thai, Tyler and Tomas by Cesarean section last October weighing just 31b, 21b and 1lb. 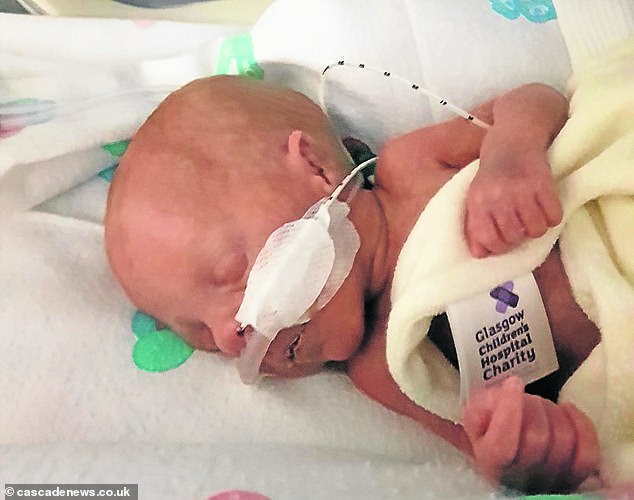 Tyler was born at only 30 weeks old, weighing in at just 2lbs, along with his two brothers Thai and Tomas.

‘My triplets were born 10 weeks early by cesarean section after doctors decided it would be too risky for the pregnancy to continue.

‘The boys were running out of space in the womb and doctors wanted to give them the best chance to survive. 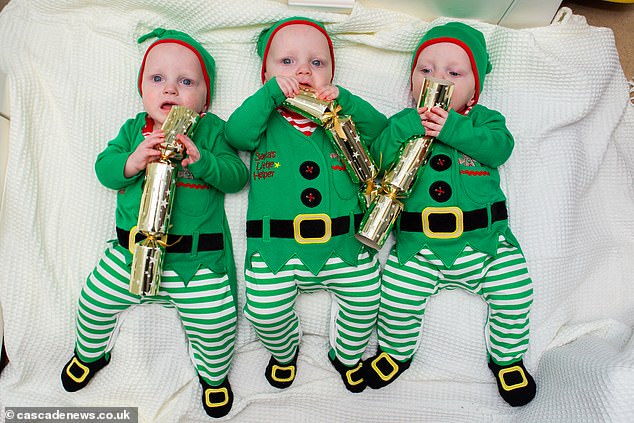 The baby boys had to be delivered 10 weeks early as doctors feared they would not continue to thrive in the womb much longer. They were all linked to the same placenta which struggles to feed babies after 30 weeks.

Premature babies’ lungs are not fully developed enough to breathe on their own and it is vital for them to work well enough to get oxygenated blood to their brains and the rest of their bodies.

‘Even when they were born the doctors couldn’t promise that they would all survive but they blossomed from the moment they took their first breath.’ 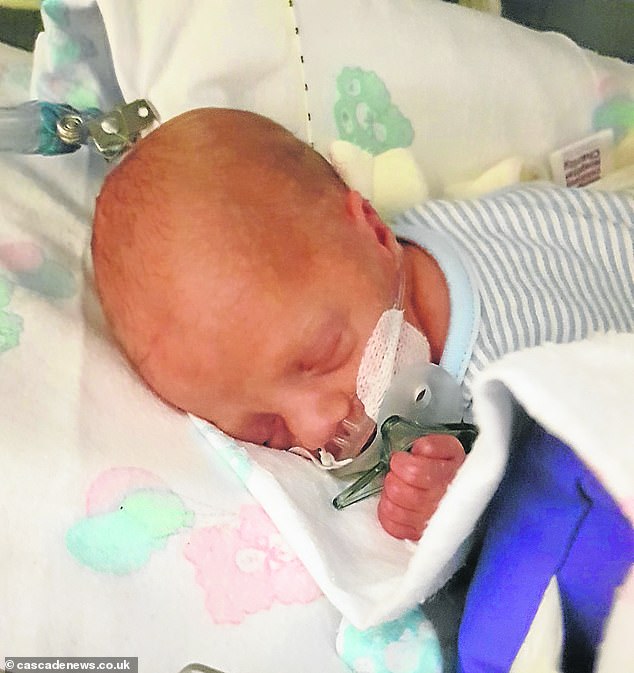 Thai was just 3lbs when he was born and had to survive in an incubator for the first 10 weeks of his life.

The premature triplets were put together in a single super-sized incubator in hospital, once they were able to breathe on their own.

Their tiny hands reaching out to grasp each other in the way they had done in the womb.

But earlier this year, after 10 weeks in hospital, the boys were allowed home to join their four big brothers and sisters at home. 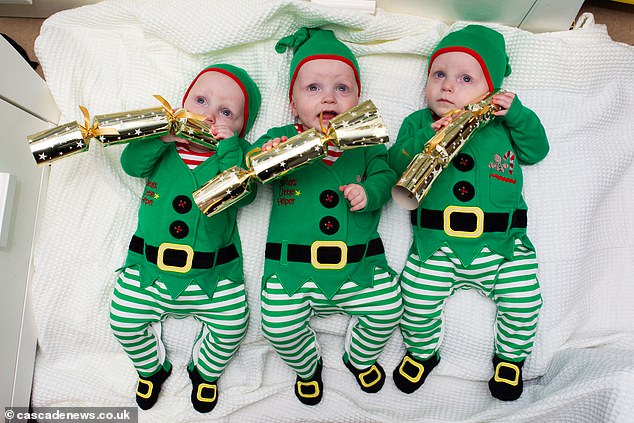 The bond between the triplets is a close one. Mary says they only have to look at one another and they burst into giggles.

Thai arrived home first, followed by Tyler and then Tomas. Mary says she this will be the best Christmas ever for the family.

‘It will be one of the busiest in any home in the country, I’ll bet. Led with laughter and fun, the way any family’s should be.

‘The older kids will be playing with mobile phones and the triplets will probably abandon their toys and want to play with the boxes.’

The bond between the triplets is a close one. Mary says they only have to look at one another and they burst into giggles.

‘If Tomas has a toy the other two will make a grab for it and the trio will erupt in laughter. 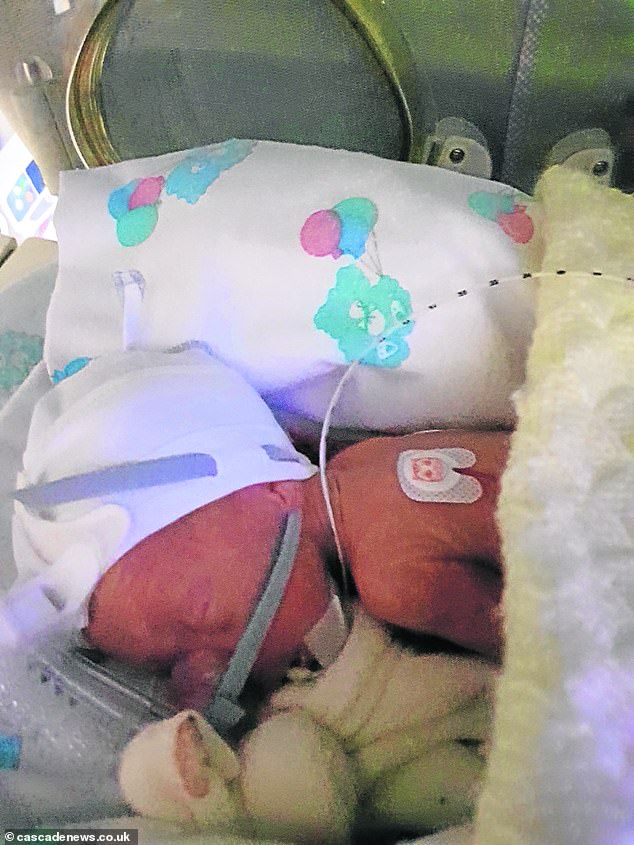 ‘They are either laughing or tussling with each other,’ said Mary.

‘And they don’t mind mucking in and helping’, said Mary. Having triplets in the family could either be a recipe for chaos or a master-class in being a supermum.

‘It helped that I managed to get into a routine as soon as the boys came home from hospital,’ said Mary.

‘They were sleeping from 9pm till 8am after a few weeks at home.

‘Having had four children before certainly helped, but I think the key to coping with triplets is to be relaxed. If you are wound up and anxious, your babies will be too.’

The triple pregnancy was diagnosed when Mary had her first hospital scan at 12 weeks. Mary was told then that the odds of having identical, non-IVF triplets were 160,000 to one. 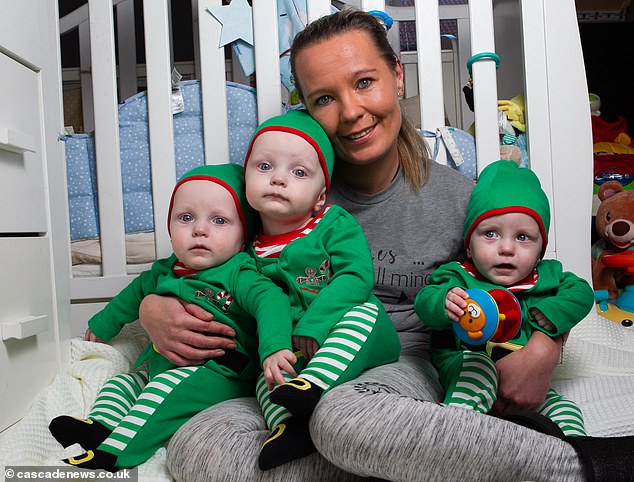 After 10 weeks in hospital, the boys were allowed home to join their four big brothers and sisters at home.

Sonographer Gayle McTaggart, a twin herself, said: ‘Identical triplets are incredibly rare. They come about after a fertilised egg divides into two and one of them splits again to create a total of three babies. All the boys share the same DNA because they started from one fertilised egg.

‘We are absolutely delighted that Mary managed to carry her triplets for 30 weeks.

‘It’s a miracle considering she is only 5ft 1in and the babies shared the same placenta.’