Single mother, 26, is forced to tell her son, six, she’s dying after years of fighting a rare form of cancer – and now she’s fundraising for a ‘nice headstone for him to visit’

A single mother who has been told she is losing her battle with an aggressive form of cancer has been forced to tell her six-year-old son she is dying.

Naomi Knighton, 26, from Derby, was diagnosed with a rare form of leukaemia in her teens but despite two bone marrow transplants the ‘very aggressive’ cancer has now become untreatable.

She does not know how long she has left but doctors have told her to ‘prepare for the worst’. 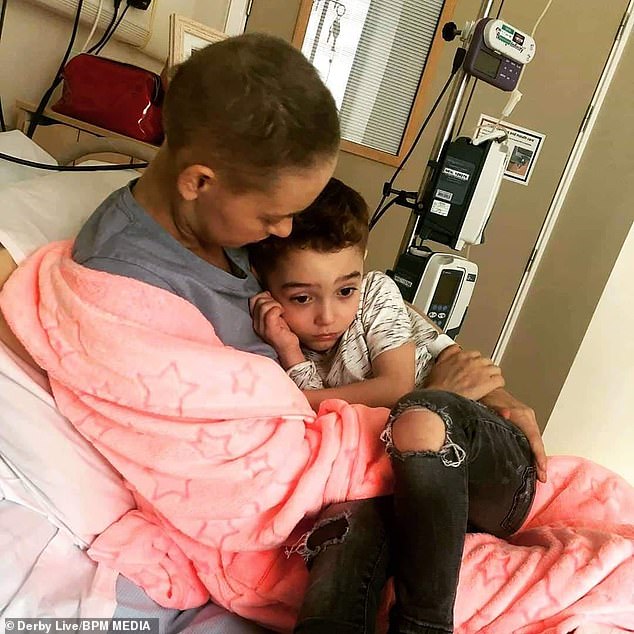 Naomi Knighton, 26, (pictured with her son) was diagnosed with a rare form of leukaemia in her teens but despite two bone marrow transplants the ‘very aggressive’ cancer is now untreatable

Naomi, who will leave behind her six-year-old son J’varn, has now moved in with her mother Jean in Allenton as she fights through the final stages of her cancer battle.

Her sister Kirsty, 32, said it was hard to believe that Naomi was finally losing her fight after years of battling against the condition.

The mother-of-two from Pear Tree said: ‘It was heartbreaking. We have watched her go through so much and we always assumed she would get through it because she always has managed to get through – and she’s so strong.

‘There have been times that the doctors have been surprised when she’s got through it. She always pulls through against the odds.’ 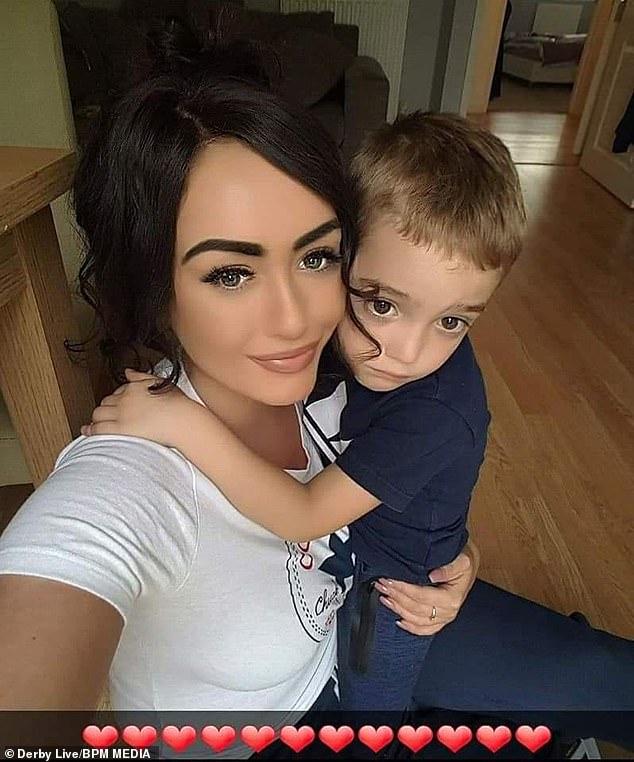 Naomi, who will leave behind her six-year-old son J’varn, (both pictured) has moved in with her mother Jean in Allenton as she fights through the final stages of her life

Naomi had studied at Derby College to become an adult nurse and was offered a place to study at the University of Derby just last year.

She was diagnosed with chronic myeloid leukemia as a teenager when her mum noticed she was suffering from a lot of colds, throat infections and coughs.

Doctors ran tests and discovered she had the condition, which is a type of cancer that affects white blood cells and tends to progress slowly over many years.

But on January 11 she was told she would have just weeks to live and doctors told her she could buy a little more time by accepting a mixture of chemotherapy and steroids. 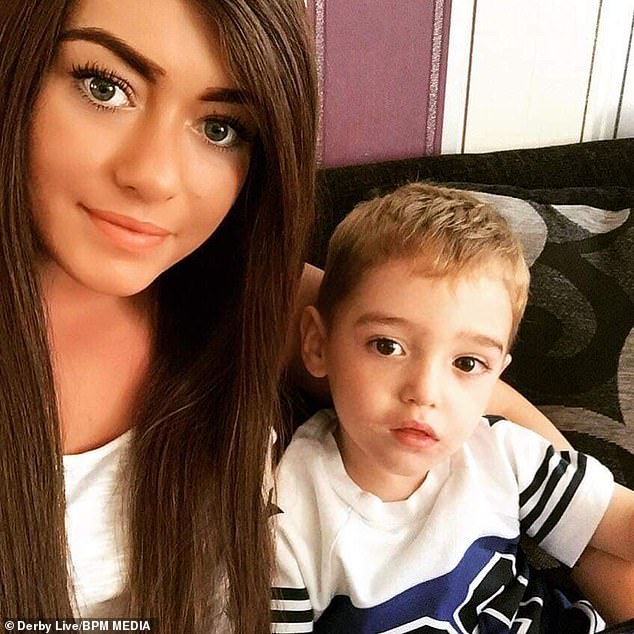 She was diagnosed with chronic myeloid leukemia as a teenager when her mum noticed she was suffering from a lot of colds, throat infections and coughs

Kirsty, who was with Naomi at the time, said: ‘They said she had two choices. She could stop everything that day and let it be. But the doctor said it would be quick as it was very aggressive. He said we would be talking weeks not months.

‘The option Naomi chose was to buy some more time.’

Kirsty said Naomi’s son had been told that his mother did not have long left. 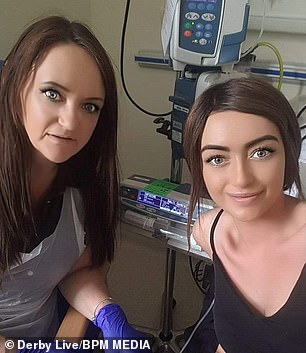 Naomi Knighton with her mother Jean

She said: ‘J’varn took it really well on the day she told him. He accepted it. I think, in a way, because she’s always been poorly he’s used to her being in and out of hospital.

‘That has sort of helped him.’

Kirsty is raising money for Naomi’s funeral and, since setting up a Gofundme page last Thursday has raised more than £1,500 of her £2,500 goal from generous friends.

The money will go towards Naomi’s requests of a white coffin, a ‘nice headstone for her son to go to’, and a party-style event with music and dancing after her funeral.

You can make a donation by visiting her Gofundme page.