Mother, 22, who met her 54-year-old husband at 19 reveals her parents initially didn’t accept her 32-year age gap romance and warned her older lover was just ‘looking for a trophy wife’

A mother who met her 54-year-old husband as a teenager revealed how her family tried to end her relationship with her baby’s father because of their 32-year age gap.

Stay-at-home mother Vanessa Szabo-Menyhart, 22, from Maidstone, Kent, met tennis coach Geza Szabo, then 50, at a table tennis competition in March 2018, when Vanessa was 19.

After hitting it off as friends, the pair went on their first date that August – but Vanessa’s parents were dubious of the match, claiming Geza was simply after a ‘new trophy’.

However the pair have since married and had their first baby together, adding that while they still face judgement about their age gap, her parents have come to accept their relationship. Vanessa Szabo-Menyhart met her 54-year-old husband Geza Szabo as a teenager. Despite criticism about their age gap the pair, pictured on a day trip to London, have now been together for three years 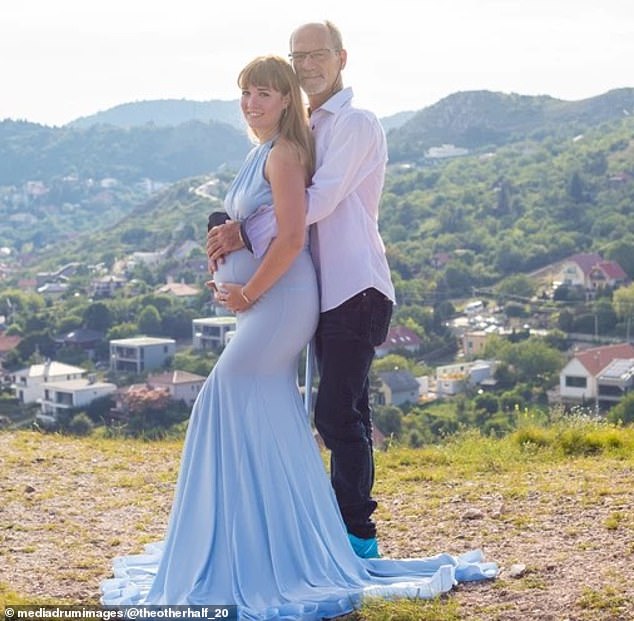 The pair have since married and had their first baby together. Vanessa is pictured during a photoshoot with Geza while pregnant with her first son, born in August 2020 Vanessa gave birth to their first son Henrik (pictured at home with his parents), on the 27th of August in 2020 after being together for two years

‘I was a school-leaver when we met at the table tennis competition,’ said Vanessa. ‘It wasn’t love at first sight, because I thought he was a bit full of himself.

‘When I looked at him I only saw that he thought he could beat everyone and that he was the only winner.

‘We didn’t think about each other as people who we would want a relationship with.

‘Later when we started to get to know each other and chat a lot online, we didn’t realise we had feelings for each other – it just felt like friends who were important to one another. Their pair say that while they still face judgement about their age gap, her once dubious parents have come to accept their relationship The pair were married two days after the birth of their first child, following an engagement in 2019

‘Eventually I was attracted to him because he showed his real self. He was a gentleman with a really good sense of humor so he could make me laugh all the time.

‘We have a 32-year age gap. I was never attracted to men his age before, and he never dated women my age.

‘I was scared at first because questions like “Can this work with an age gap?” and “What will my family think?” were in my head.’

Vanessa’s worries weren’t unfounded. Her family told her that she was being taken advantage of, and even tried to split the couple up.

‘My family weren’t happy when I told them what I felt about Geza,’ said Vanessa. 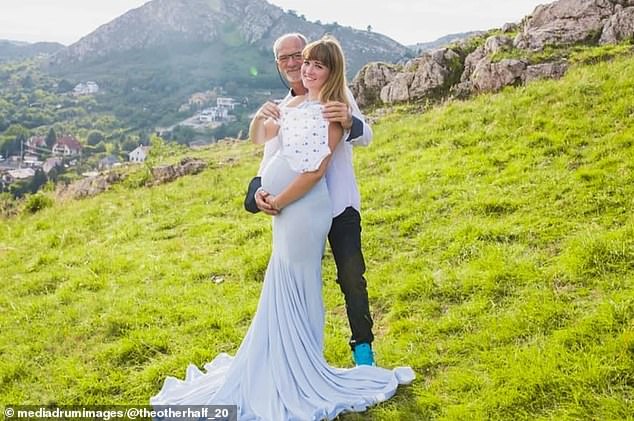 Vanessa, pictured while pregnant with her first child, says that at first she was worried their age gap would mean the pair had different opinions about raising their son, but so far everything has gone swimmingly 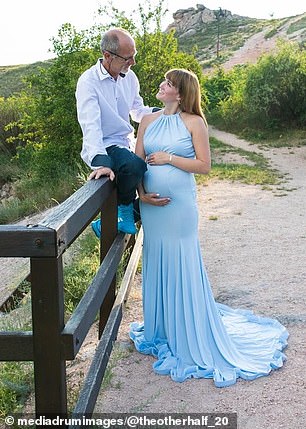 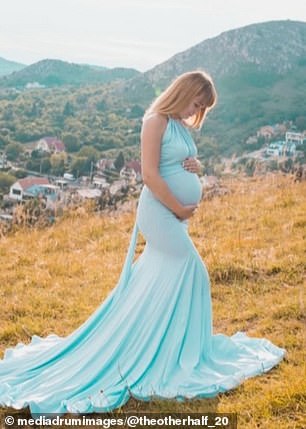 Vanessa, pictured while pregnant with her first child, says she is optimistic her husband will be around to see Henrik grow up The family, pictured during Christmas this year, are happier than ever despite facing frequent criticism from strangers

‘They said I’m naive because if he started dating me, he had surely dated other women my age and was just looking for a new trophy.

‘They tried to manipulate me, saying that I should be going out with friends and dating other people, living the life of others my age.

‘They wanted us to break up. They said that I would regret it in ten years when I see other people’s relationships that are better than mine.

‘They accepted my choice later, but the way was not easy to reach this conclusion. Only my twin sister supported us at first.’

Despite the challenges, the couple has not let other people’s opinions affect their relationship. 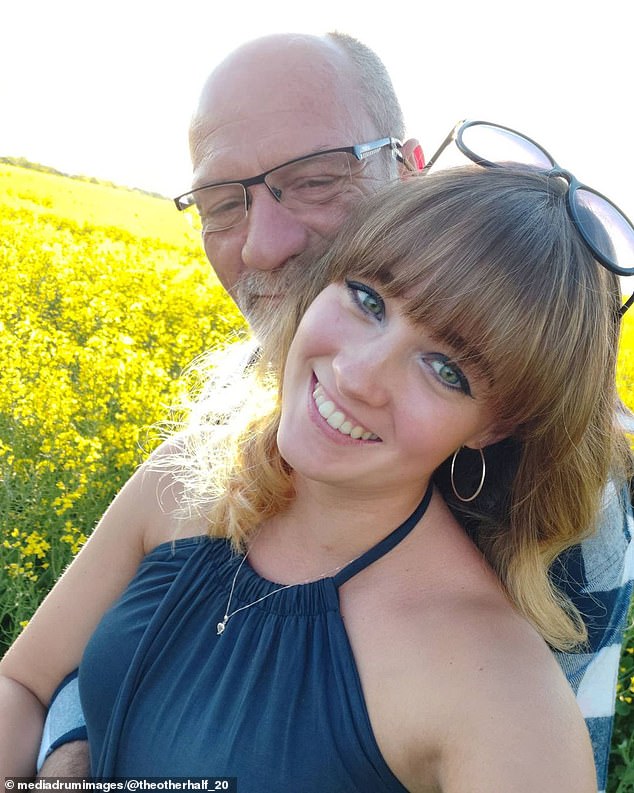 Despite the challenges, the couple has not let other people’s opinions affect their relationship

‘We had our first child, Henrik, on the 27th of August in 2020, after being together for two years,’ said Vanessa.

‘We got married two days later, having gotten engaged on 29th August 2019 at the Eiffel Tower in Paris.

‘By that time, all people had to say about us was “Congratulations”.

‘I was worried at first that maybe because of the age gap we would have some different opinions about raising our son. But it turns out that I was worried for no reason. 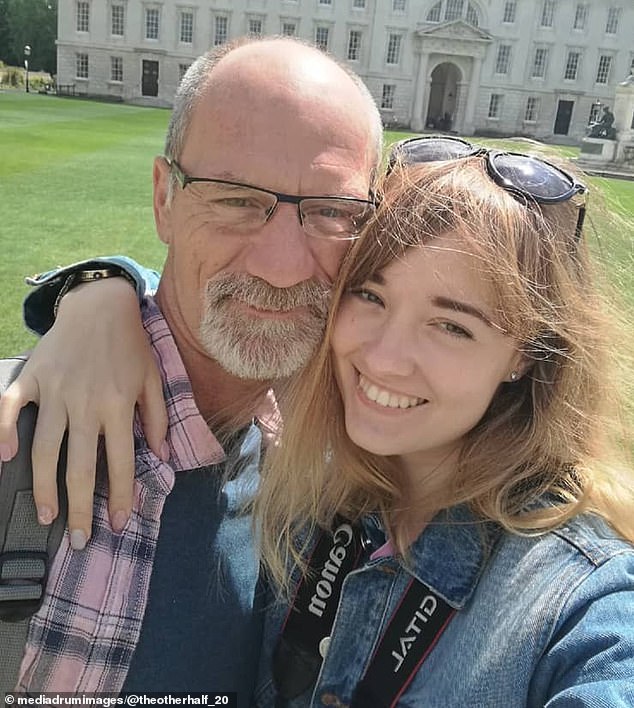 Vanessa added that she sees a lot of judgement in people’s faces when they see the pair together – and that some people even mistake Geza for her dad.

‘Before you judge someone because of a huge age gap, try to get to know them better,’ she said.

‘Not every young woman is with an older man because of his money. And not every mature man who has a young girlfriend or wife, wants only a new trophy.

‘Fortunately we have friends and colleagues who have accepted us from the beginning as they realise our relationship beats our age gap.’