Missguided unveils £25 heels that look IDENTICAL to £650 Valentino’s Rockstuds loved by celebrities – but can YOU spot the difference?

Loved by royalty and reality stars alike, Valentino’s Rockstud pumps have established themselves as a modern classic since their release eight years ago.

But with a £650 price tag, the stunning shoes are simply too expensive for many shoppers.

So it is of little surprise fashion fans are rejoicing over the release of a strikingly similar pair from online retailer Missguided.

The UK-based website unveiled a style with the same strap design and distinctive studs as the designer original. But at just £25, they’re a fraction of the cost. 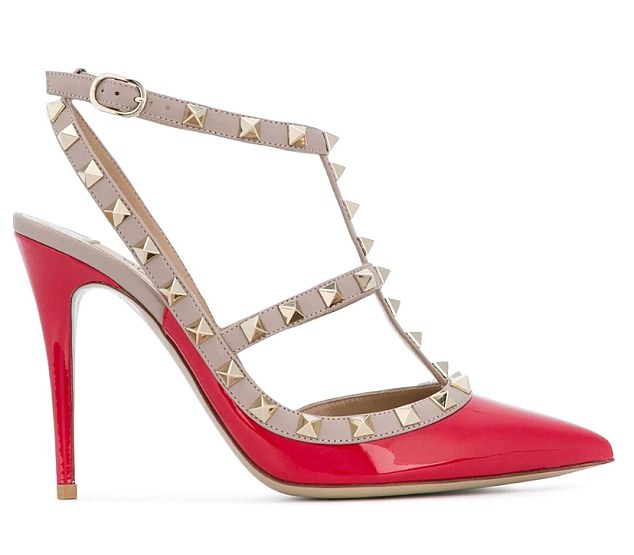 Cult favourite: Loved by royalty and reality stars alike, Valentino’s £650 Rockstud pumps, pictured, have established themselves as a modern classic since their release eight years ago 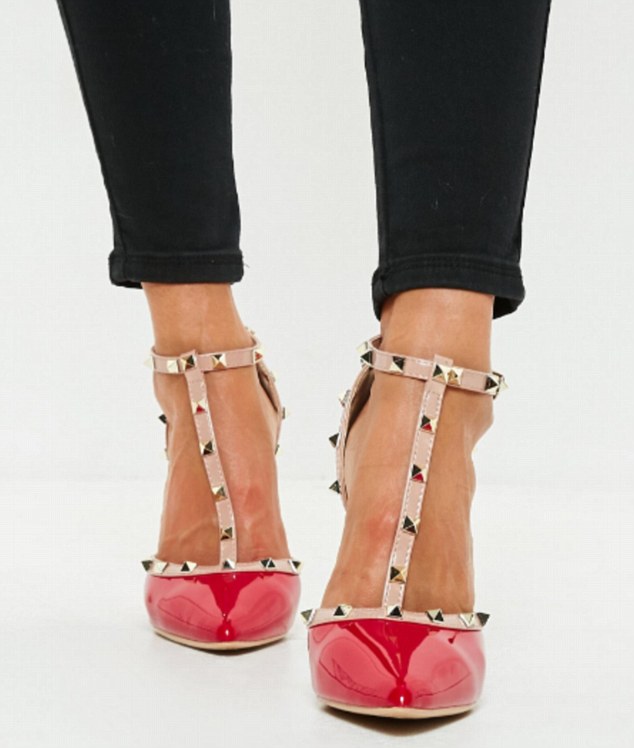 Designer dupes: UK-based online retailer Missguided unveiled a style, pictured, with the same strap design and distinctive studs as the original. But at just £25, they’re a fraction of the cost

It is the latest in a string of budget alternatives to the designer classic, with ASOS and Primark also unveiling their own versions over the years.

The Valentino shoe began as a towering stiletto but the design has now been adapted for flats and even slides.

They also come in a dazzling array of colours, from the most subtle nude to the in-your-face brights.

Celebrity go-to: Reese Witherspoon, left, Gigi Hadid, right, and Emma Stone are just a handful of the dozens of stars who have been seen out and about in a pair of the Valentino pumps 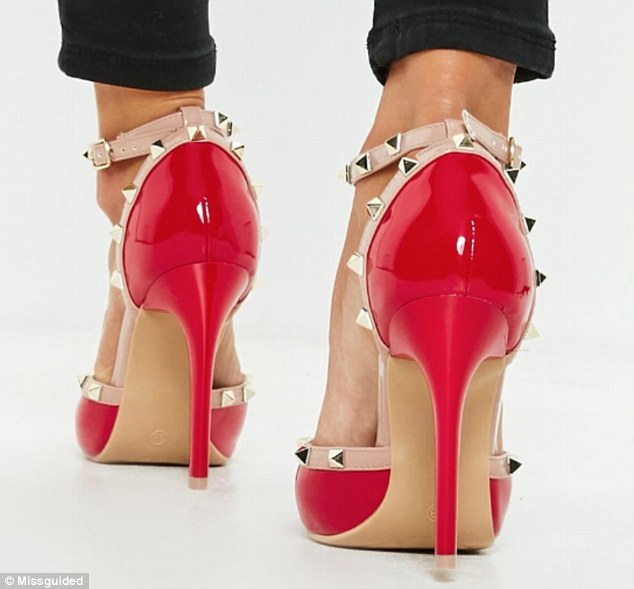 Missguided have released their sandals in black, red (pictured) and nude. Previously ASOS and Primark also offered budget styles with a resemblance to Valentino

Crown Princess Mary of Denmark, Reese Witherspoon, Emma Stone and Gigi Hadid are just a handful of the dozens of stars who have been seen out and about in a pair.

Every stud on the pumps is applied by hand – so much time and consideration goes into making each pair.

But you would have to look closely to tell the difference between the designer offering and their cut-price lookalike.

While the Missguided shoes are made with different materials, the style and colours are very similar. 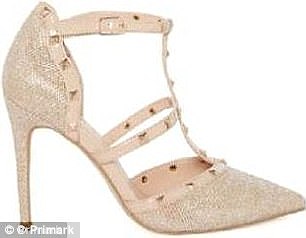 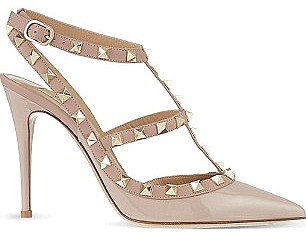 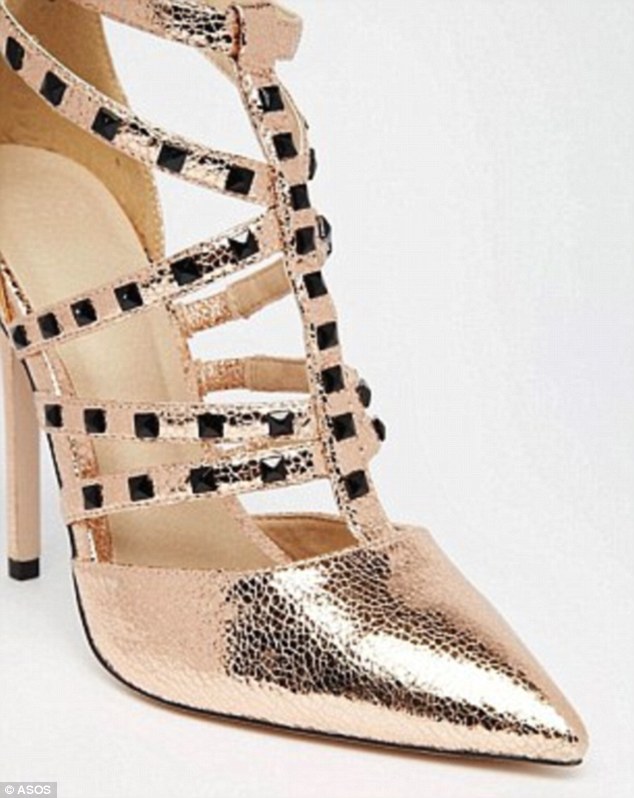 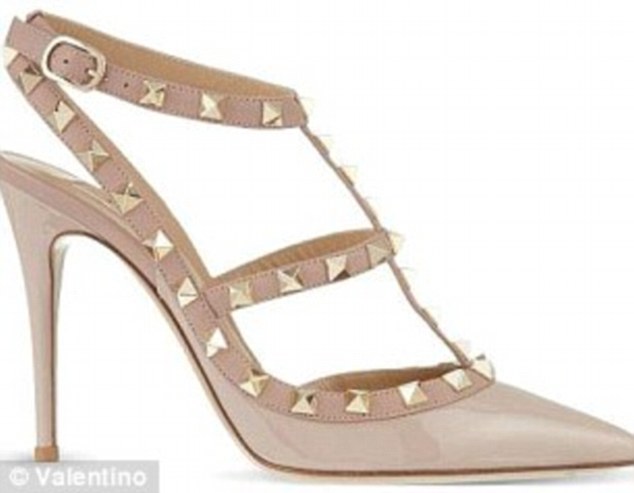 Primark caught the attention of savvy shoppers looking for a bargain when they unveiled a selection of pumps and sandals similar to Valentino’s for just £12 last year.

Valentino’s nude leather sandals were the same price as now at £650.

However just a year earlier at the time when ASOS unveiled a glitzy version of the studded sandal for £42 using striking black gems, Valentino’s studded nude sandals were only £590.