MILEY Cyrus appears to have thrown shade on her marriage with ex husband Liam Hemsworth, telling a TikTok fan "hope it goes better for you."

The Wrecking Ball singer, 28, took to the app to surprise two of her loved-up fans – yet issued a word of warning, too. 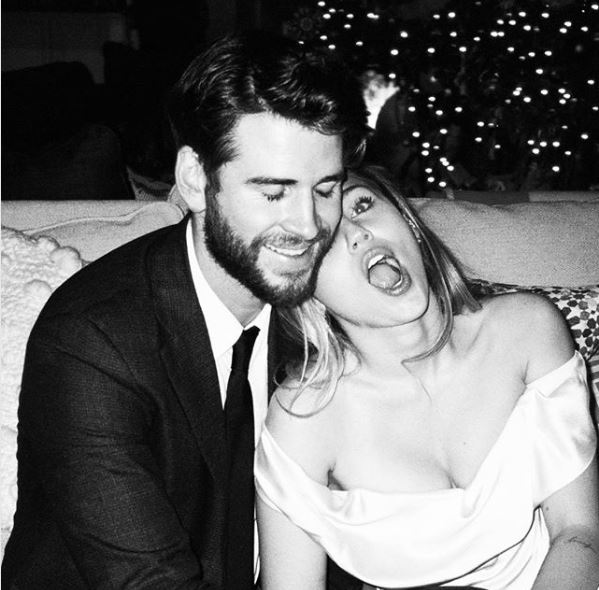 Miley, who married the actor in 2018, split with the star a year later with a statement which announced they would "focus on themselves and their careers."

On Friday, the stylish star took to her TikTok account and sought out user de4dangel, who had written: "If Miley Cyrus comments we will get married."

The Tennessee native was quick to comment back, what some deemed a slur on her former nuptials: "Hope it goes better for you two than it did for me."

She added: "Congrats," before tagging on a diamond ring emoji, skull emoji and black heart emoji. 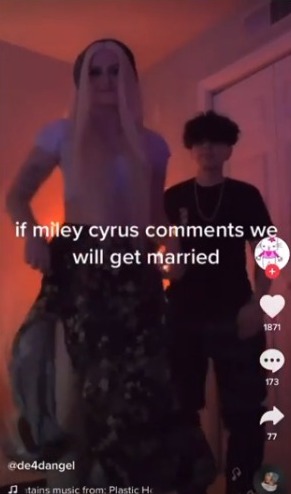 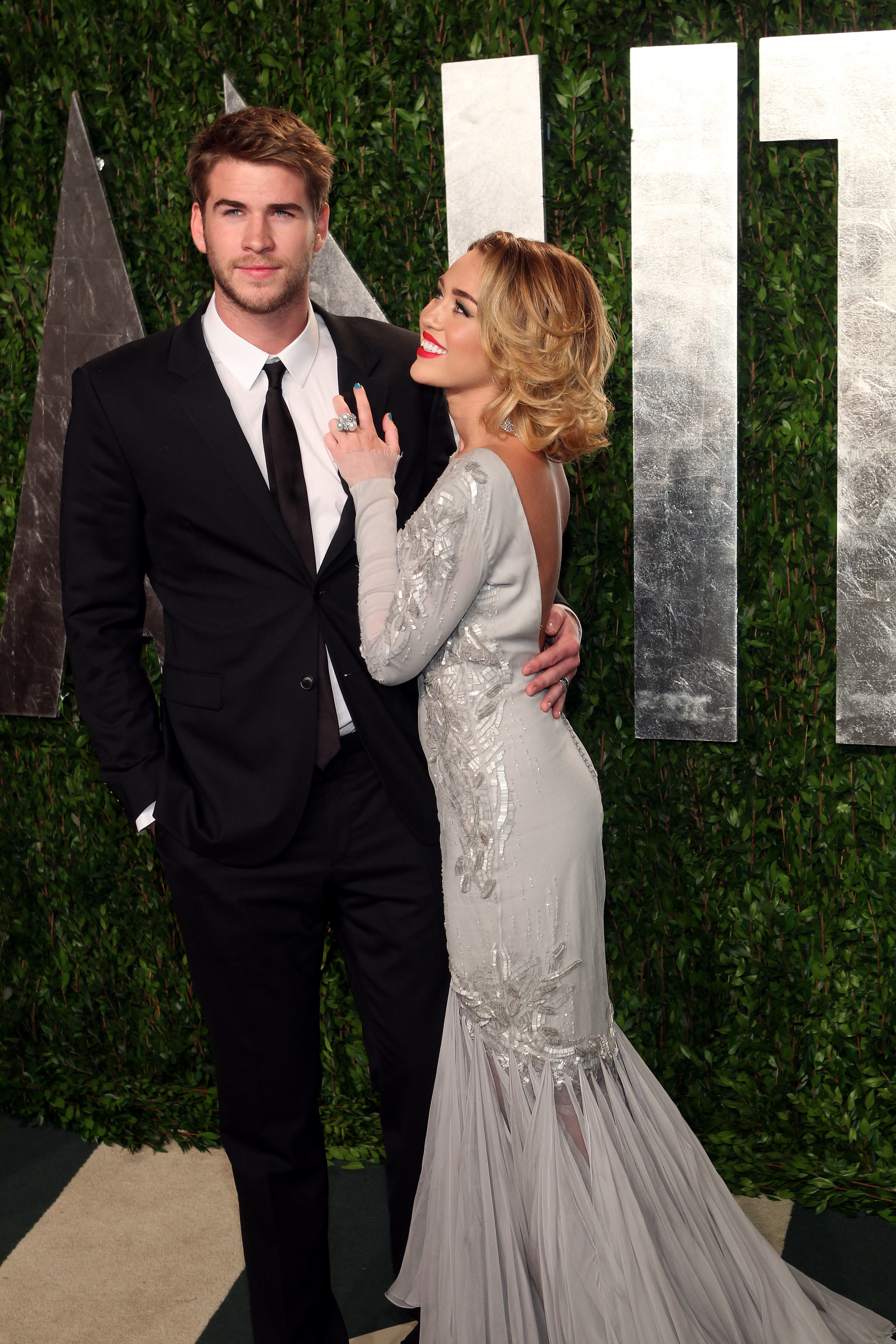 On August 10, 2019, picture-perfect couple Liam and Miley announced their surprise split, adding that they planned on carrying on as friends and nothing more.

But just days after the statement was made by a rep of the former couple, photos of Miley making out with Kaitlynn Carter surfaced online, leading fans to believe she had cheated on Liam, which ultimately led to their split.

The allegations appeared to strike a nerve with the stunning – and often controversial – pop star, who hit back on Twitter, where she said: "I can admit to a lot of things but I refuse to admit that my marriage ended because of cheating.

"Liam and I have been together for a decade. I’ve said it before & it remains true, I love Liam and always will." 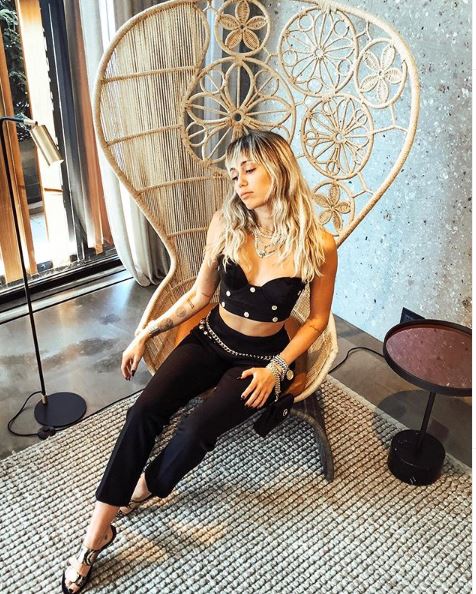 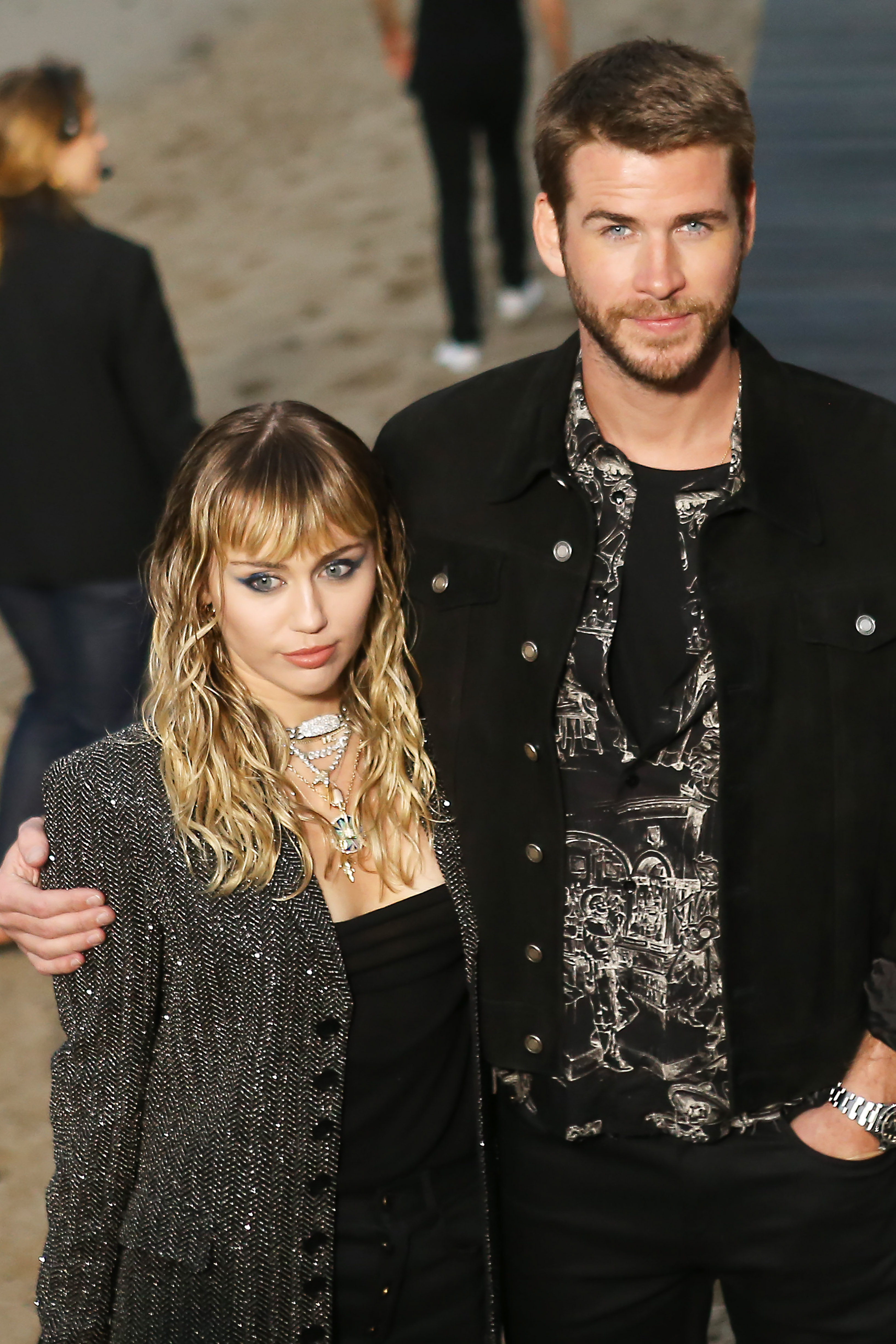 Miley also slammed the criticism she was getting by tweeting: "I can accept that the life I've chosen means I must live completely open and transparent with my fans who I love, and the public, 100% of the time.

"What I cannot accept is being told I'm lying to cover up a crime I haven't committed. I have nothing to hide."

Miley's rep later released a statement saying, “Ever evolving, changing as partners and individuals, they have decided this is what’s best while they both focus on themselves and careers.

"They still remain dedicated parents to all of their animals they share while lovingly taking this time apart.” 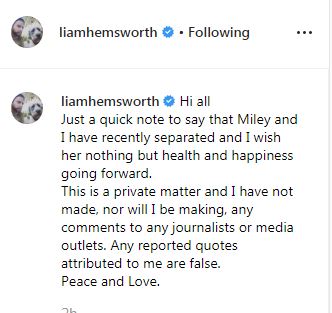 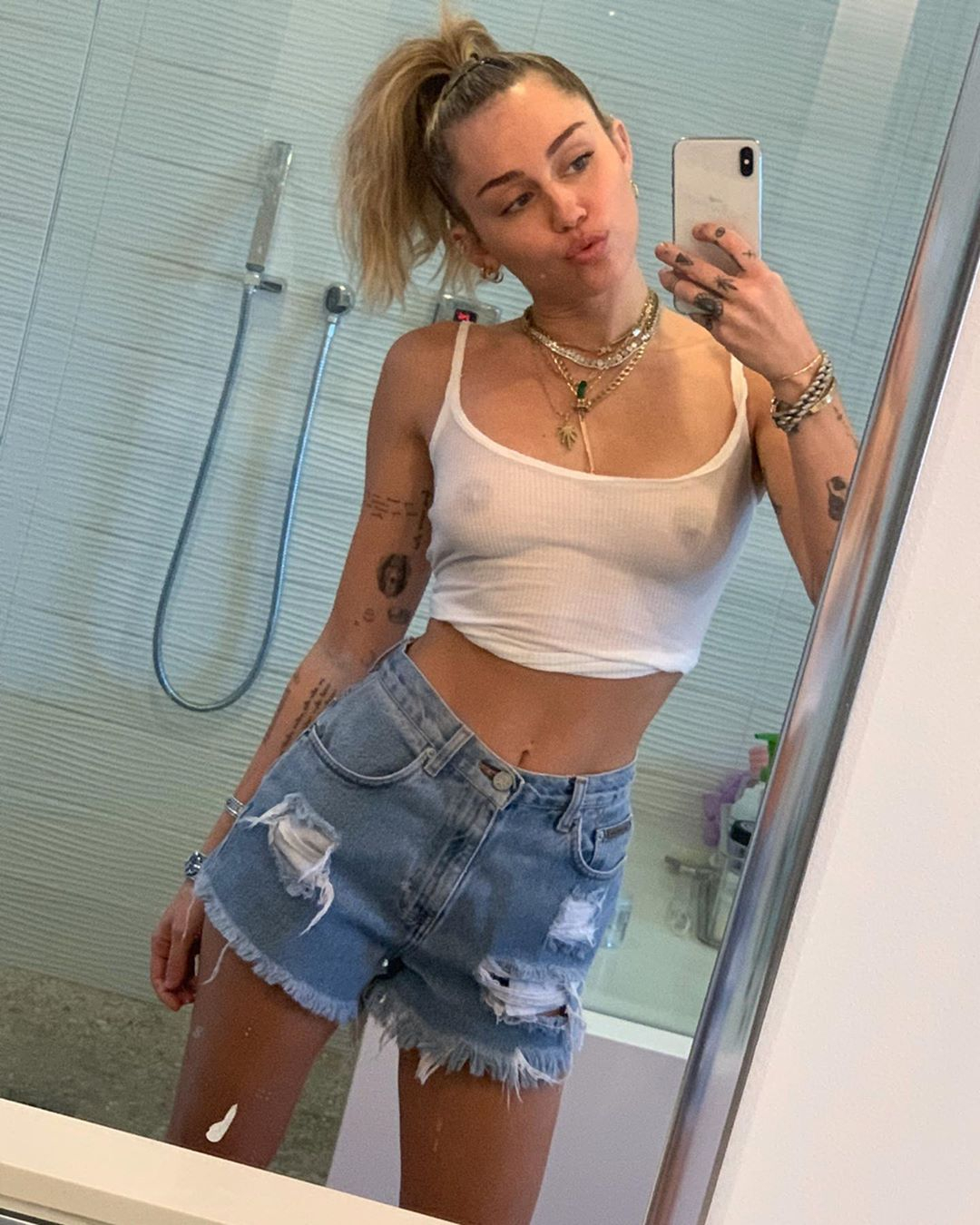 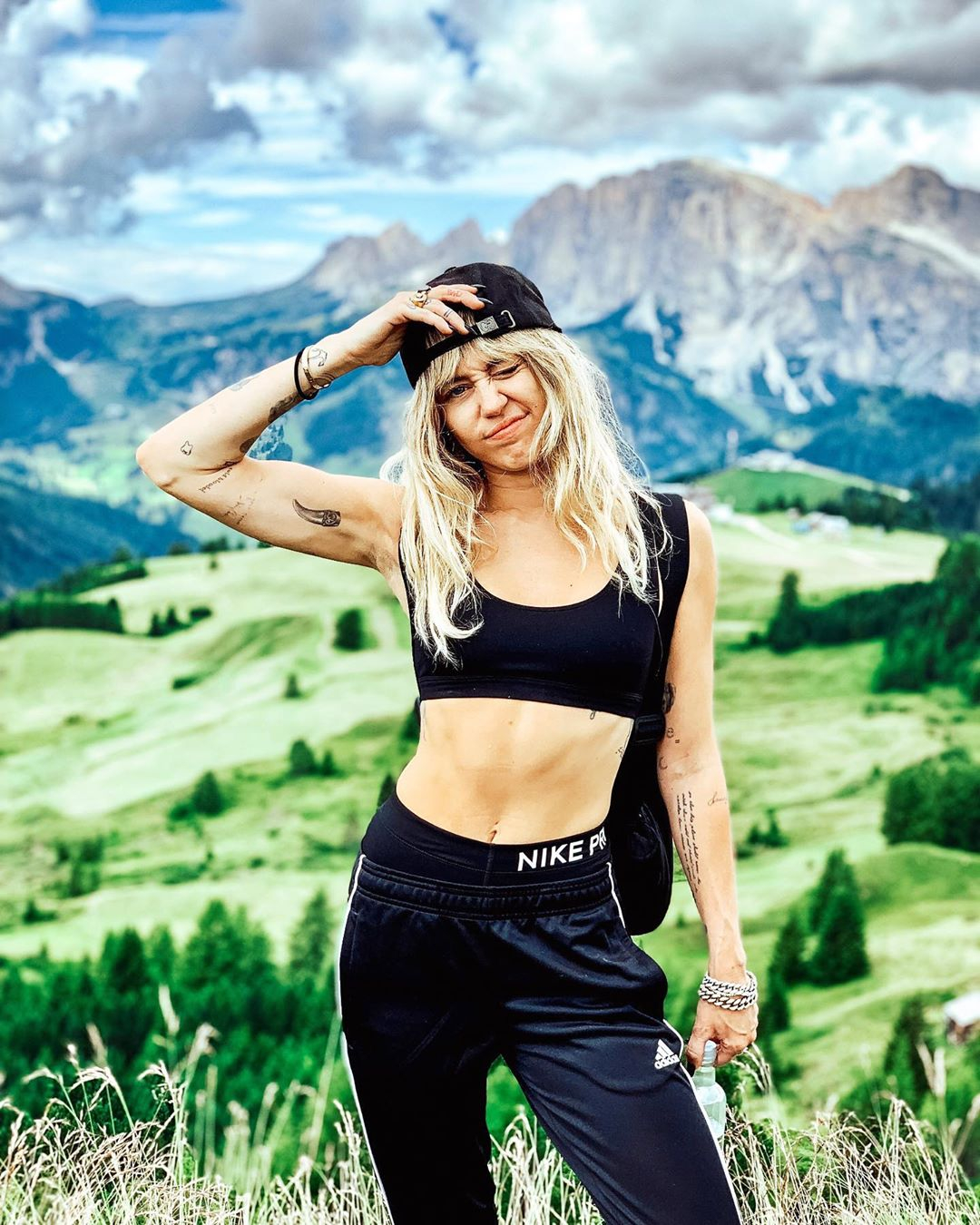 On August 13, 2019, Liam then posted on Instagram: "Just a quick note to say that Miley and I have recently separated and I wish her nothing but health and happiness going forward.

"This is a private matter and I have not made, nor will I be making, any comments to any journalists or media outlets.

"Any reported quotes attributed to me are false. Peace and Love."

Miley had been in a relationship with Australian actor Liam 28, since 2009. 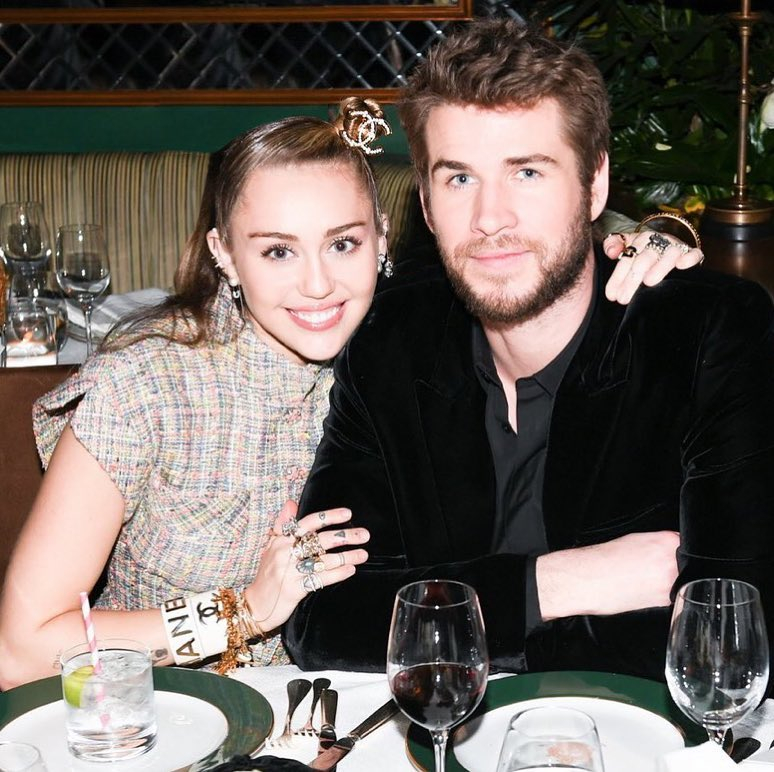 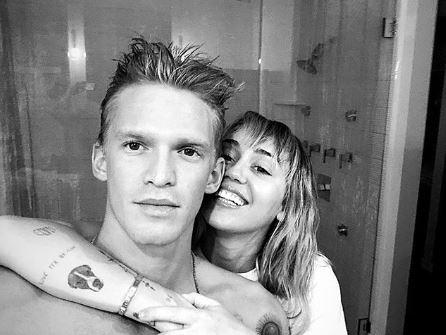 The former star couple met on the set of their movie The Last Song.

At the time Liam was a virtual unknown, while Miley was a Disney pop princess.

Since then, Miley – who told how her "very public" divorce "felt like death" – has dated Cody Simpson while Liam is dating model Gabriella Brooks.