The secret’s out! Michelle Young and Nayte Olukoya are going strong after getting engaged on the season 18 finale of The Bachelorette — and their parents couldn’t be happier!

“I think what’s so hard is that you go through this experience and you have these magical moments, and you leave, like, in love, but then you spend so much more time together. You get to text, FaceTime, talk to each other’s families come and get significantly closer,” Michelle, 28, said during the live special on Tuesday, December 21. “And he has to also watch all these other stories unfold, so Nayte has to watch, you know, had to watch me saying ‘I love you,’ and he had to be understanding about that. I think the biggest thing is we communicate through everything. And it doesn’t always have to be this perfect communication but we both know we’re going to stick in it. We are going to not let go. We are going to hold on, and that is the biggest part. Because it is not easy. There’s going to be uncomfortable emotions, and we definitely had them.” 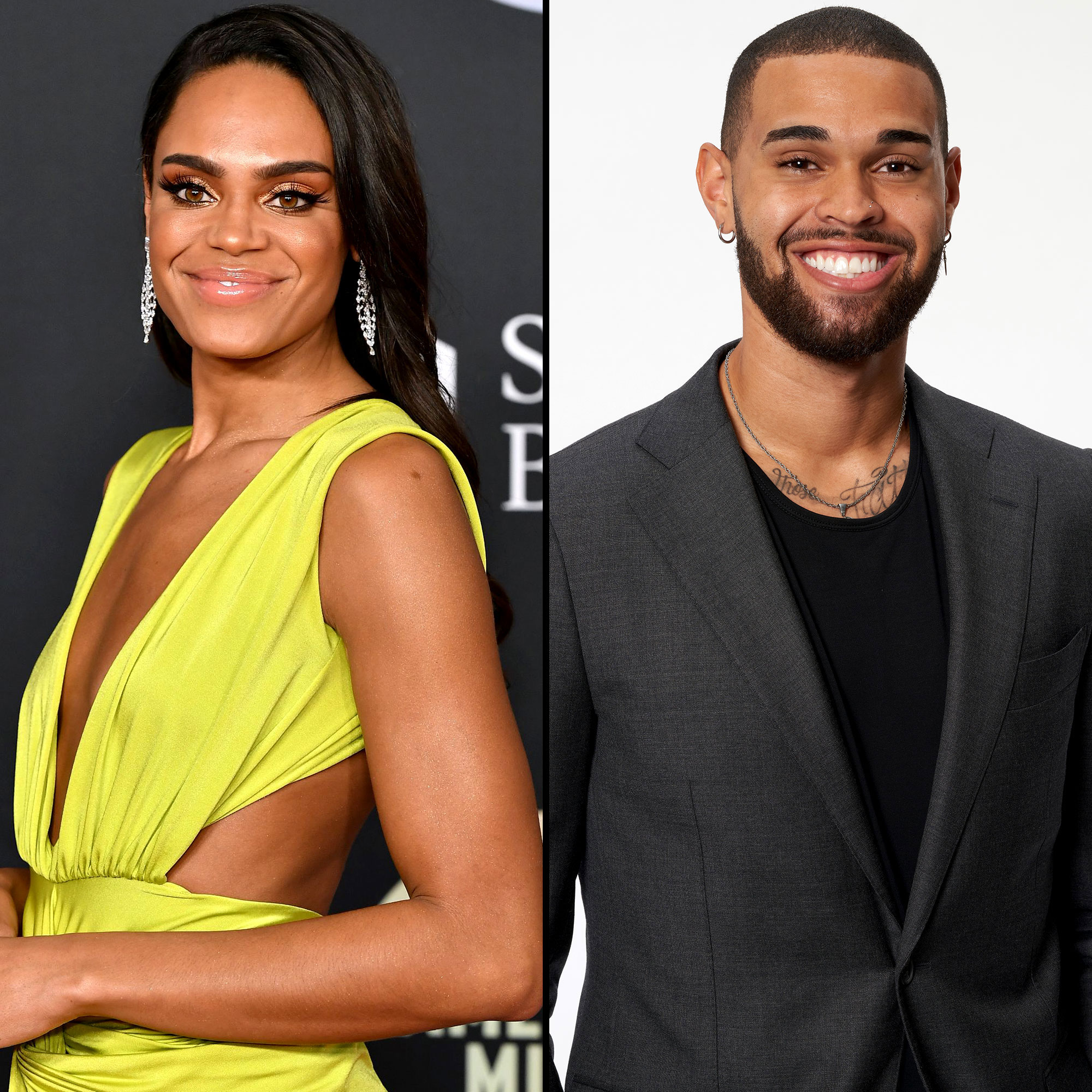 Host Kaitlyn Bristowe subsequently pointed that Michelle’s mom and dad seemingly favored Brandon Jones during the finale. From the audience, however, they made it clear that they approve of Nayte.

“We are in love with Nayte. Absolutely in love with Nayte,” LaVonne Young said. “You know, Michelle, I don’t know if she’s told you, but she shared one of the texts that you sent her, and I won’t say — but it was beautiful. It was so heartwarming. It was so — it made me cry.”

Nayte’s mother then revealed that the two women “talked after each episode.”

After her split from runner-up Brandon, Michelle, 28, accepted a proposal from Nayte, 27, during the Tuesday episode, despite her previous fears that he was not ready for such a big step. The sales executive assured her ahead of their night in the fantasy suite that he was prepared to get engaged at the end of the season, and the next morning, the pair said they were “in love” with each other.

Former ‘Bachelorette’ Winners: Where Are They Now?

While they are based in different states — him in Texas, her in Minnesota — the teacher teased in November that she was willing to move in the future.

“I’m a person who typically just embraces opportunities as they come. And Minnesota is where a lot of my roots stem from, but I’ve also lived in other areas as well,” she exclusively told Us Weekly at the time. “I can’t pinpoint whether or not I’m going to be in Minnesota, you know, next year or the year after that. I fully plan to finish out the school year, but I don’t know what opportunities are gonna come my way. Whether there’s somebody involved in my life, whether there’s not, that always would be a team decision. So, I can’t say that, yes, I’m 100 percent staying in Minnesota the rest of my life. I can say that I’m open to all opportunities. I’ll take them in, I’ll make decisions as I go and make sure that I’m just happy with the work I’m doing.”

Michelle also defended Nayte after some of his fellow contestants questioned their relationship. “When Nayte just stepped out of the limo, he was just very confident — but he didn’t have that overconfidence. He was still nervous,” she explained. “I was nervous as well. Through the season, [I’ve] always enjoyed peeling back different layers, and, at the moment in the season, I’m really, truly figuring out just how many layers he has.”

The Bachelorette’s ‘After the Final Rose’: Engagements, More

The couple had a strong connection from night one when Nayte received her first impression rose. He claimed after the episode aired in October that he did not realize how important the gesture was.

“Obviously, you can assume that it’s just who Michelle had a really good first impression of, right?” he said during an appearance on the “Bachelor Happy Hour” podcast. “But, like, the world of Bachelor Nation? I didn’t have a clue.”

Nayte added that he was surprised he was the first person of the season to kiss Michelle. “I’m not a smooth individual,” he joked. “She kissed me. … I was not expecting that, but boy, am I ever happy.”