Good Morning America honored Michael Strahan’s father Gene on the day he was expected to be laid to rest. 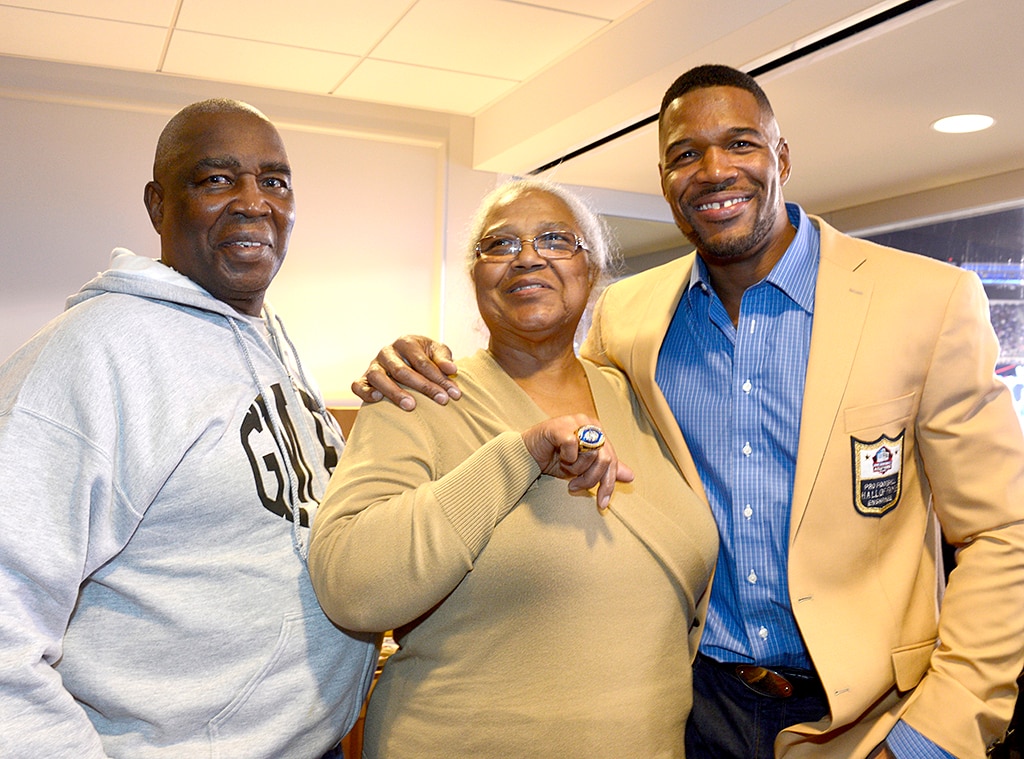 Michael Strahan is feeling the love from his extended TV family.

On Friday, Sept. 4, Good Morning America announced that the former NFL star's father Gene Wille Strahan Jr. passed away earlier this summer at the age of 83 and that he will be laid to rest later in the day.

Although Michael wasn't present on the show, co-host Amy Robach took time to honor Gene during the live morning broadcast.

"We wanted to take a moment to say our thoughts and our prayers are with our colleague Michael Strahan and his family," Amy shared. "His father Gene Willie Strahan Sr. is being laid to rest today."

"Enlisting in the U.S. Army in 1955, Gene rose to become a major and serve with the 82nd Airborne Division," the morning show host continued. "He married Louise in 1957 and they spent 63 wonderful years together bringing up six children."

Back on Father's Day, Michael gave fans a glimpse into the special relationship with his father.

In a heartfelt post, the Pyramid host expressed gratitude for Gene's influence on his life. "Happy #FathersDay to my dad and all the fathers out there," Michael wrote. "Hopefully you are relaxing and enjoying the honor of being a dad (the greatest gift in life). Think about the impact you have on your children and make sure you are doing everything you can to show them right from wrong because they are watching!"

And during a 2014 interview with Parade, Michael was quick to praise the "amazing" relationship with his dad.

"My father is the most influential person in my career in [terms of] attitude—the understanding that nobody gives you anything in life, you have to earn it," he shared with the publication. "My dad wanted to be an army officer, and to do that he needed to go to college. He had five kids and I was on the way, but he took a chance on himself. He graduated magna cum laude at 30-some years old and [became] an officer. So you can't tell him what you ‘can't' do. His whole thing was, ‘I don't want to hear about the problem, I want to see the solution.' There's always a solution."

As Michael mourns in private, the Good Morning America team made it clear that they were thinking of their co-host.

"To Michael, Louise and the entire Strahan family, we want you to know our hearts are with you today," Amy added. "We love you, Michael."