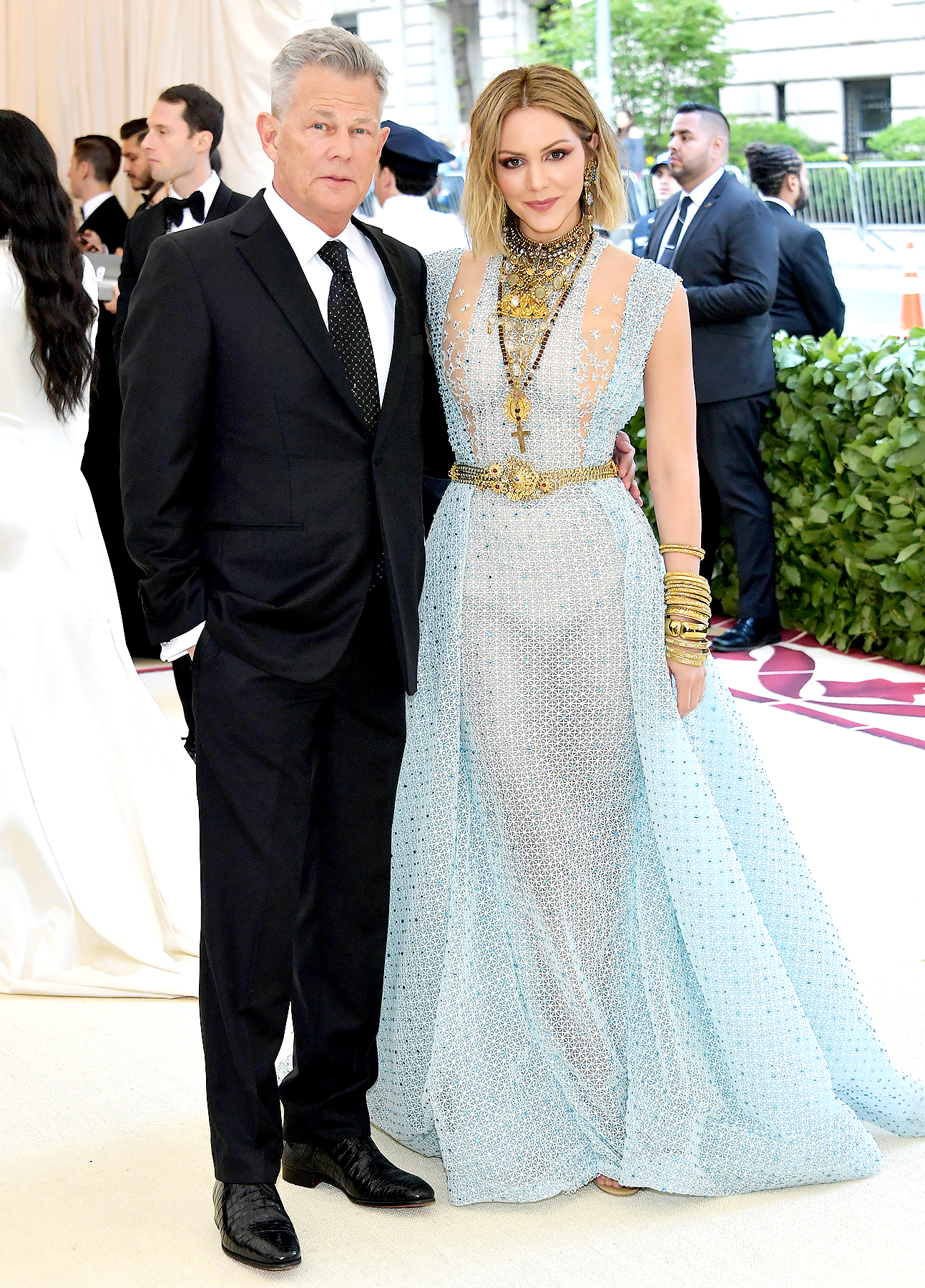 Lucky in love! Katharine McPhee and David Foster walked their first-ever Met Gala red carpet together on Monday, May 7, and they looked absolutely infatuated with each other.

The 34-year-old American Idol alum looked gorgeous in a baby blue gown while the 68-year-old music producer looked dapper in black suit. The two held hands and grinned ear-to-ear as they posed with their arms around each other outside the Metropolitan Museum of Art in New York City.

While it’s safe to say many celebrities spent weeks — maybe even months — preparing for the Heavenly Bodies: Fashion and the Catholic Imagination-themed event, Foster admitted that it only took him about five minutes to get ready.

The Smash actress, meanwhile, stunned in a Georges Chakra Couture dress and documented some of her Met Ball preparations earlier that day via Instagram Stories. She captured herself getting what appeared to be a facial, then took a pre-event walk with her dog before heading to the hair and makeup chair.

The pair — who first sparked dating speculation in May 2017 — have been enjoying their nights out together. They were most recently spotted getting cozy at the Elton John AIDS Foundation Academy Awards viewing party in March.

McPhee addressed the romance rumors in a December 2017 interview with Health magazine saying that they’ve “been friends for a long time.” She added: “I’m really, really fond of him, and I think he’s an incredible person. I’ve known him since I was 21 years old, you know? He produced my first single. So he’s been really good to me. People can say whatever they want.”

“We totally approve!” Sara told Us at the time of she and her sisters. “I mean, listen, we approve of whoever is going to be good to my dad at the end of the day and we’re very honest about it. if we ever thought that someone was in something for the wrong reasons, we would be very vocal about it. We just want someone that’s going to treat him well and that cares about him, and I think he’s with someone right now that really does.”