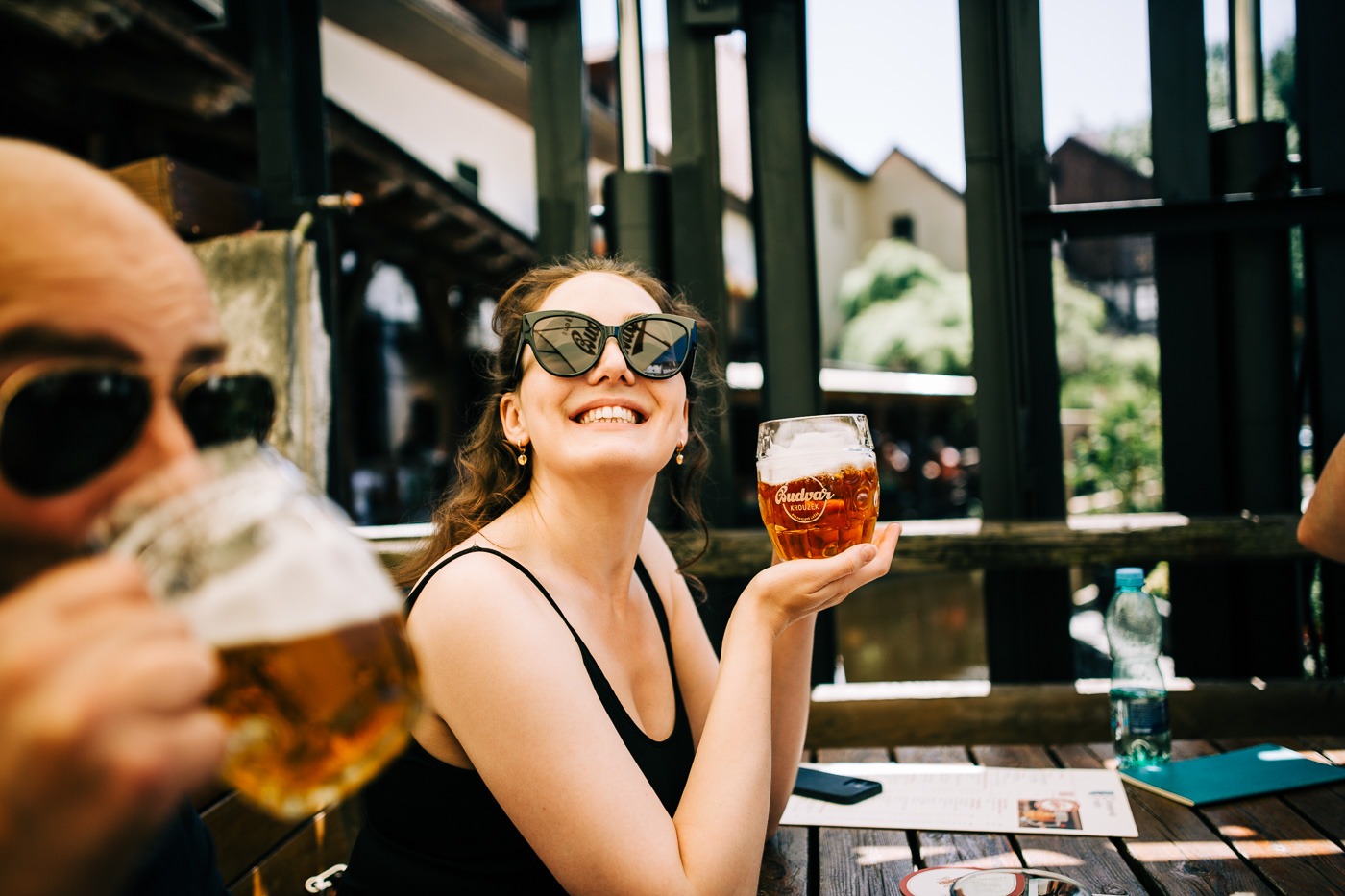 I’m pulling my first pint of pilsner at the state-owned Budvar brewery in the medieval Bohemian town of České Budějovice, fittingly guided by a man who resembles the comedian Tim Key and, well, looks like he might enjoy a pint or five of an evening.

‘Make a show of it, move the glass with a flourish,’ he tells me as I wash the already spotless tankard. ‘People need to know they can trust you to serve a good beer.’

Holding the fat-bottomed glass under the nozzle, I flip the tap to half-fill it with white foam then quickly flip it again to send amber-clear lager rising upwards. It’s a decent enough snyt – the name Czechs have for a pilsner that’s two-thirds creamy foam.

Beer seeps through every pore of Czech life. It passes you in the streets of Prague in the form of pedal-powered drinking buses, there are beer spas to quaff pints in a bath of the stuff, and Praha Drinking Team souvenir sweatshirts to take home for the hoppy, oops, happy memories.

Visitors should be mindful of various superstitions and etiquette: in a sort of bar-stool semaphore, slapping a beer mat in front of you signals ‘another, please’; meanwhile, placing it on top of your glass indicates you’ve had enough. Evenings are punctuated with cries of ‘Na zdravi’, exclaimed while maintaining all-important eye contact with your companions – thus ensuring seven years of good sex.

Until recently this seemed a predominantly male pastime, taking place in dark wooden monastery-like halls, such as Prague’s U Fleku, where an accordionist dressed in tweeds serenades me. 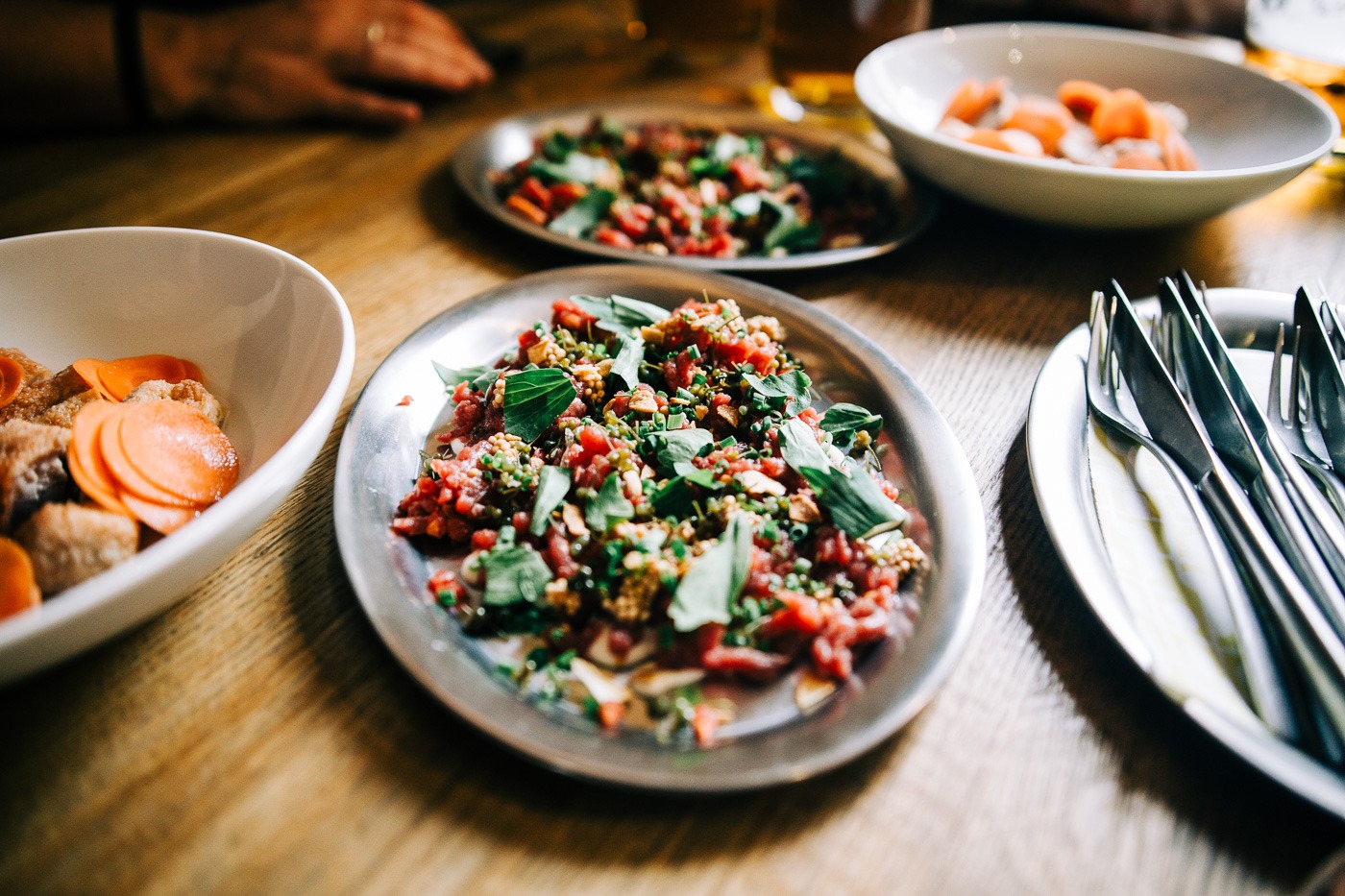 Seasoned regulars are known as stamgasts – mainly grizzled men who gather in bars daily. ‘It’s still a very male world, but more women are joining in,’ says 32-year-old Johana Potuznikova, who’s training as a beer master with Budvar. ‘Not just drinking beer, but making it and pouring it.’

She shares her expertise with many of the craft producers popping up, pointing to sister brewmasters at Monopol, Trilobit and Proud breweries, who are creating variations on IPAs, unfiltered lagers, top-fermented ales and porters.

I sip a Proud beer – somewhere between a lager and an IPA – at Manifesto Andel, a new food court welded from shipping containers in a once-rundown area on the Danube’s left bank.

I continue my bar hop around the new face of Prague’s beer culture at Dva Kohouti in the Karlin district, where beers are listed on a cinema-style billboard. While at Pult, young buzz-cut chef Jirka Horak is reinventing Czech beer food with plates of pickled carp and beef ragu on crispy bread.

Na zdravi, then – and just don’t forget to look your fellow drinker in the eyes…

Rooms at the Julius Hotel from £117pn. Flights from London to Prague from £26.99 one way via EasyJet