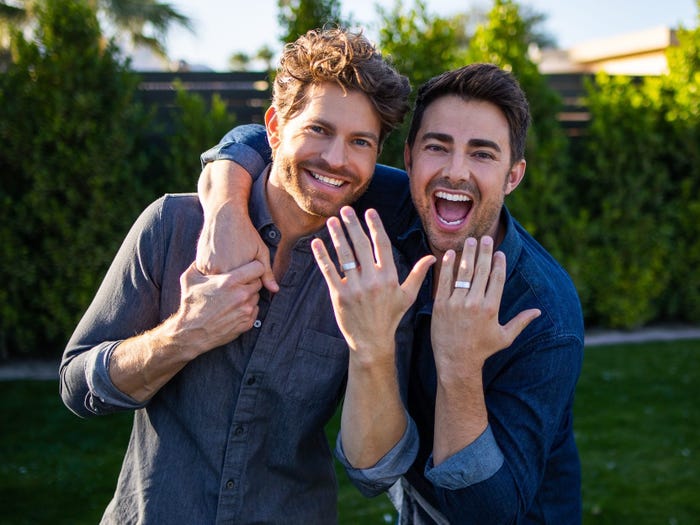 Jonathan Bennet has kicked off the holiday season with a major gift: an engagement ring.

The actor — who's best known for portraying Aaron Samuels in "Mean Girls" — announced in an Instagram post on Monday that his longtime partner, red-carpet host Jaymes Vaughan, proposed to him in Palm Springs, California. He included a photo of the proposal, as well as other images where you can see their matching rings.

"I said yes!" Bennet wrote. "And ugly cried like a crazy person. So excited to share this moment, from the custom rings he had made for us with @kayjewelers to the song he wrote and sang for me. Can't wait to show you the video this week. But for right now just this moment of joy."

The rings were extra special to the couple because they were designed by Vaughan.

"I can not THANK YOU ENOUGH for turning my little sketch into a picture-perfect reality of EXACTLY the rings I dreamed up! ❤️❤️" Vaughan wrote in a comment on the Kay Jewelers Instagram page.

In a statement sent to Insider, Vaughan said he feels the rings are "symbolic of the union between two people" and their relationship. He also said he wanted to start a tradition and work with a company that he feels is "very supportive of the LGBTQ+ community."

To create the ring, Vaughan worked with Bennet's manager and the wardrobe team of his latest movie, "The Christmas House," in which he wears a wedding ring. In doing so, he was able to find out Bennet's ring size and the different styles he likes.

"My first rendering actually started right after I wrote the chorus for 'Our Song' with me tracing the outline of my poke bowl lid and sketching out what I wanted," Vaughan said. "The team at Kay turned that into a rendering, and then after a couple of customizations it literally was exactly 100% what I had been seeing in my head the whole time. I couldn't wait to open that box and show it to Jonathan." 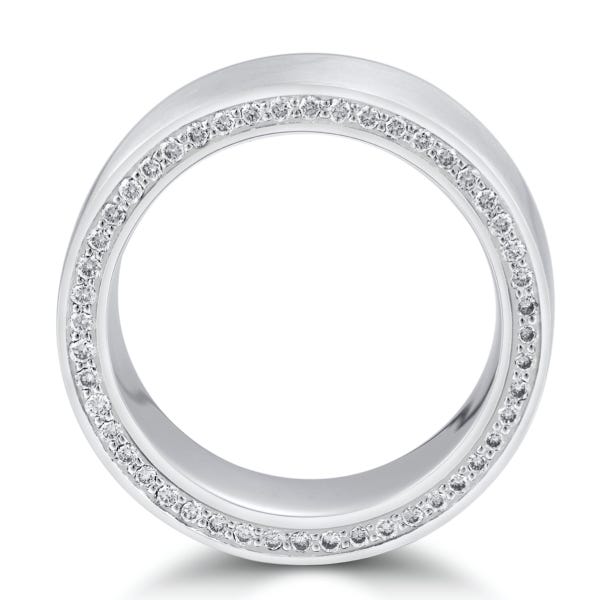 But as the couple told People in an interview, their rings are more to them than expensive jewelry. For Bennet specifically, his engagement ring signifies the song Vaughan wrote and played for him during their proposal, which can be heard exclusively on People's website.

"I can say between the song and the ring it's very reassuring because there's no doubt what my future is going to be," he told the publication. "When I look down at the ring, the words of the song become reality."

The couple also told People about their future wedding plans. While Vaughan said he envisions a ceremony that's classic and timeless, Bennet said he pictures a wedding that's more like "a child's birthday party."

"I'm envisioning something between when Elphaba flies in the musical 'Wicked' and the finale number of 'The Greatest Showman,'" Bennet said. "Or we could simplify it and I could just come out on a hydraulic stage from under the ground like Elle Woods does in 'Legally Blonde: The Musical.'"