“It was a dinner celebration… a NFT party to release his album and [Adams] showed up with his son and some people on his team,” a source tells Page Six.

Adams was in an “upbeat mood” schmoozing with the crowd that included European soccer players Ousmane Dembele and Jesse Lingard.

French Montana posted a video with Adams on Instagram and declared, “It ain’t an album release party until the mayor get here.”

“You know this is gonna be a hot album… French knows how to do it,” Adams responded. 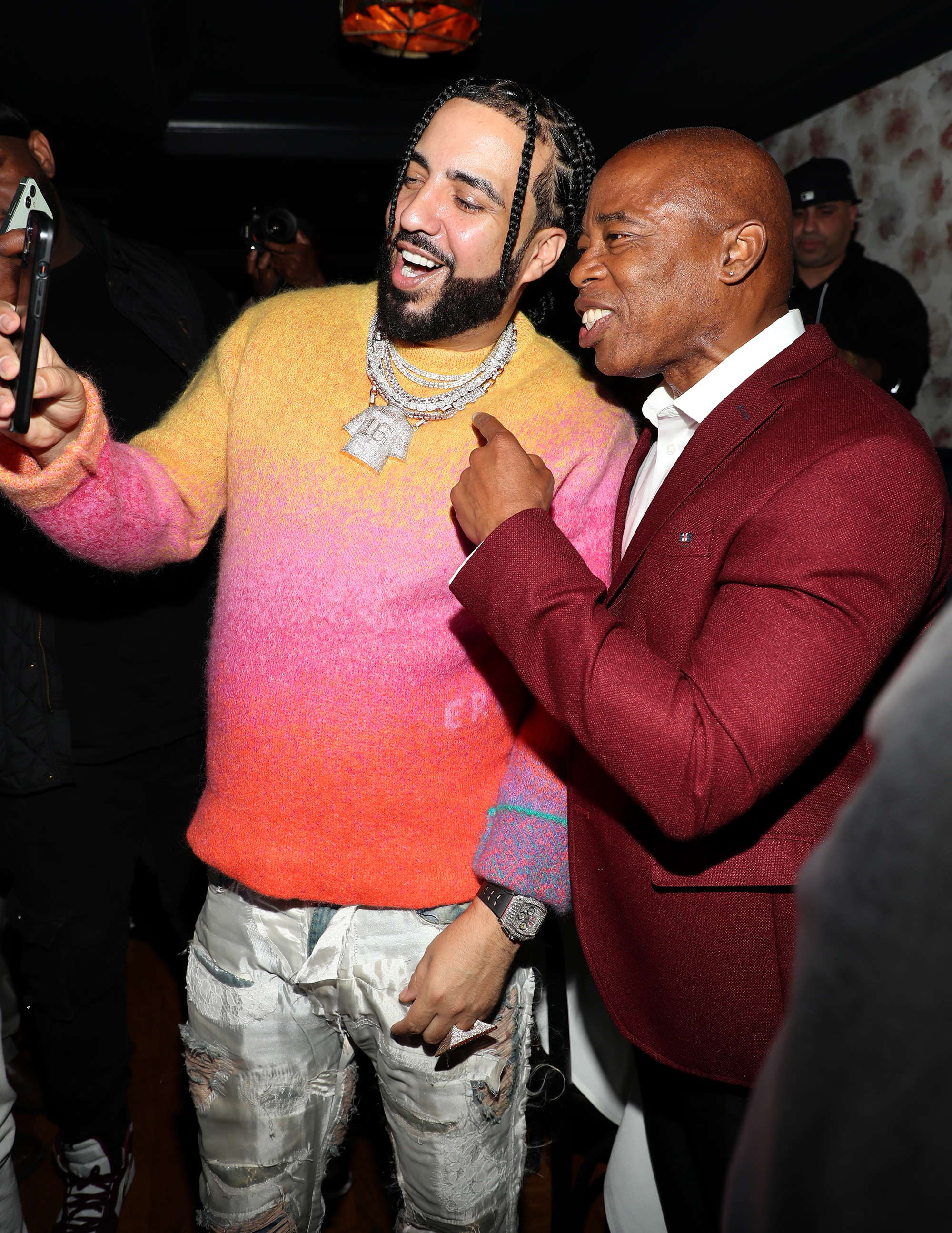 The restaurant’s signature chicken satay was not on the menu for the vegan mayor. He instead opted for vegetable lettuce wraps, edamame dumplings, and vegetable fried rice, we’re told.

Hospitality insiders recently told us the mayor’s partying is good for the nightlife business.

On Friday, Adams was spotted dining with a group at Le Bilboquet in Sag Harbor — where he had bouillabaisse, including red snapper and sea bass, while the rest of his party dug into meaty dishes such as the restaurant’s signature Cajun chicken.

He was then spotted at yet another Hamptons hotspot, 75 Main, after giving a speech for a fundraising event on Saturday. A spy told us, “People were lining up for selfies. Cars were beeping. It felt like a Yankees game with all the cheering and yelling.”

We’re told Adams spent some time soaking up the fanfare out front before being moved into a back garden to conduct meetings. Town Supervisor Jay Schneiderman was spotted sitting down with the Mayor. And we hear Mitch Modell stopped by to say hello. 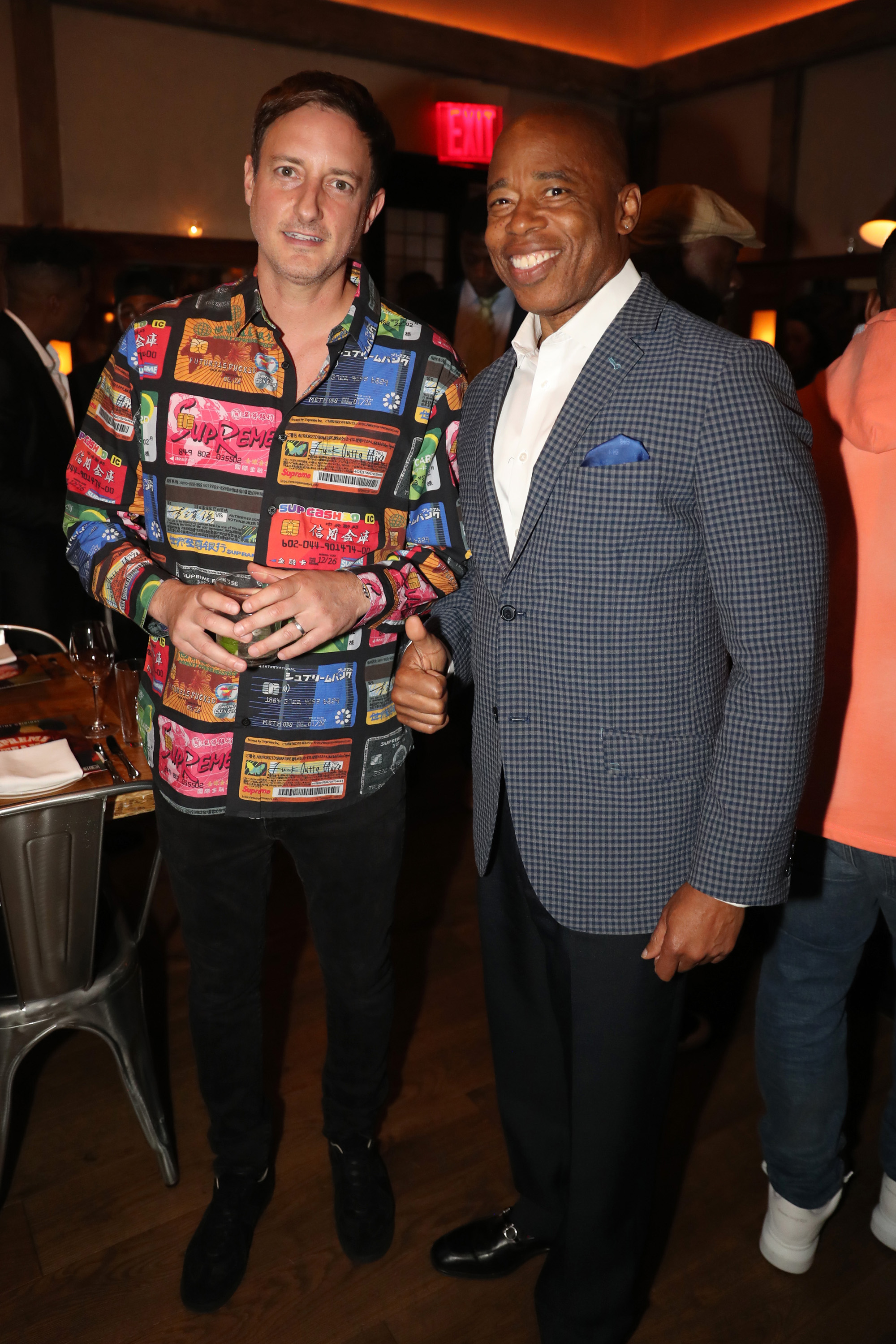 A spy tells us that Adams was overheard saying he “loves the Hamptons and is coming [back] in a few weeks.”

“He was saying this is where he wants to be in the summer,” the spy added.

A rep for Adams, however, clarified, “He definitely didn’t say he wants to be in the Hamptons all summer, your sources are wrong on that.”

“The only thing the mayor wants to do all summer is work to reduce crime in the city, and our efforts have seen early success in reducing shootings and gun violence,” they said, adding, “Mayor Adams was meeting with the supervisor to discuss mutual efforts to create affordable housing.”

Adams was out East to give a speech about Juneteenth to Rabbi Marc Schneier’s congregation at the Hampton Synagogue in Westhampton and also attended a fundraising event thrown by Carol and Jerry Levin, Nancy Hollander, and Ken Sunshine.