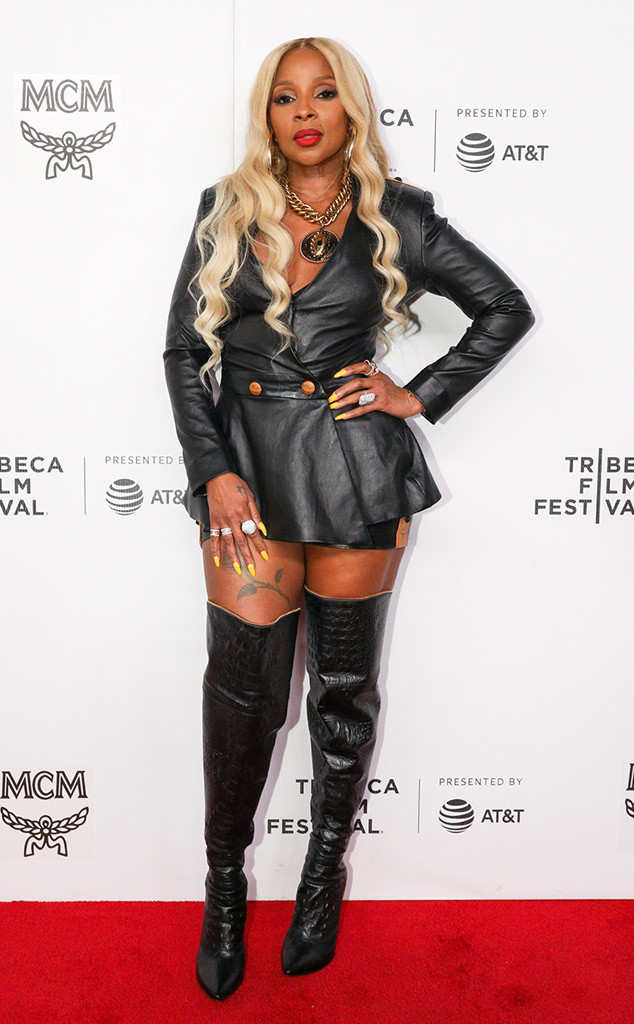 Mary J. Blige‘s list of accolades is about to get even more impressive.

The nine-time Grammy winner will be honored with the prestigious Lifetime Achievement Award at the 2019 BET Awards, airing live on Sunday, June 23.

Throughout her decades-long career, the iconic soul singer has not only earned eight multi-platinum albums and sold more than 50 million albums, but she’s also positioned herself as an empowering and inspirational voice. At just 18, she became Uptown Records youngest and first ever female artist—and has since gone on to redefine the R&B and music industry with hits such as “Be Without You,” “No More Drama,” and “Family Affair.” More recently, she made history at the 2018 Oscars  as the first double nominee across the acting and music categories for her work in Netflix’s Mudbound.

“I’ve been Mary J. Blige the singer for years, and people still love and respect me for that,” she told E!‘s Giuliana Rancic at the 2018 SAG Awards. “But now people love me for how serious I’m taking this acting business. It’s a real craft, and you have to learn it. I’m just excited that another chapter is opening.”

Since its introduction in 2001, the Lifetime Achievement Award—which recognizes veteran artists and their extraordinary contributions to music—has been bestowed upon Whitney Houston, Diana Ross, Lionel Richie and Samuel L. Jackson among other notable stars.

For this year’s hotly-anticipated show, Cardi B has nabbed seven nominations, including Best Female Hip-Hop Artist and Album of the Year. Drake follows her lead with five nods. Beyoncé, Travis Scott and J.Cole are also among the top nominees, with each being recognized in four categories. (Check out the full list of nominations here.)