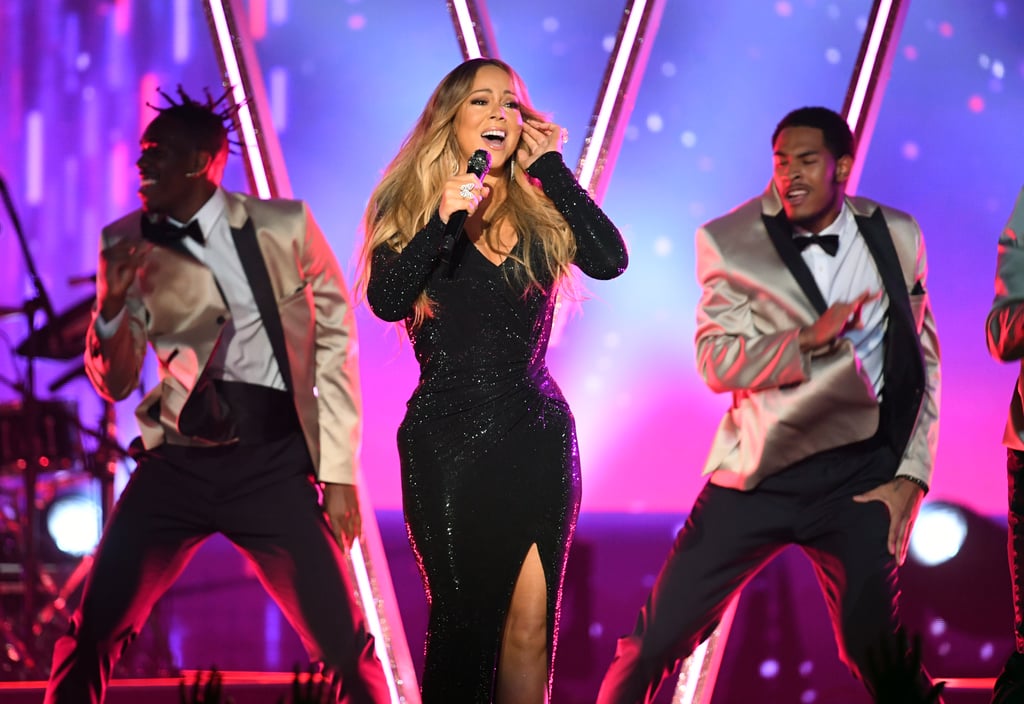 In addition to performances from artists like the Jonas Brothers and host Kelly Clarkson, the Billboard Music Awards treated us to a medley of Mariah Carey’s hits performed by the superstar diva herself.

The 49-year-old hit the stage in a stunning black gown (with a slit up to there, slay), where she belted out songs like “We Belong Together” and “Hero” as handsome backup dancers twirled around her. Needless to say, everyone in the audience was deep, deep in their feelings.

Making Carey’s performance even more special is the fact that she sang right before she was honored with the event’s annual Icon Award, taking over for last year’s honoree Janet Jackson. Carey has the record for the most No. 1 hits on the Billboard Hot 100 for a solo artist and has scored hits across charts for genres like pop, hip-hop, and dance (which is unsurprising given the singer, songwriter, and producer’s legendary five-octave range).

Watch her belt it out ahead, and then keep scrolling for a closer look at her performance in photos.