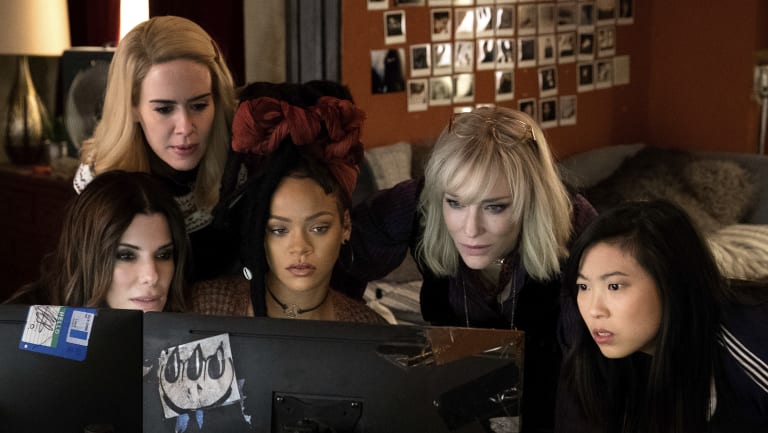 Films with female leads are badly reviewed because Hollywood's critics are mostly male, the stars of Ocean's 8 have suggested.

Sandra Bullock, who stars in the spin-off of the Ocean's 11 trilogy, in which all eight leads are played by women, say male opinions could be "skewed" and called for more reviewers to match the demographics of the target audience.

Cate Blanchett, also among the cast, said male reviewers may see it through a "prism of misunderstanding".

The film has gathered mixed reviews so far, with some noting its "lifeless direction" and others saying the series "doesn't summon the rush of delighted surprise it once did". A recent study suggested nearly 80 per cent of film critics were male.

Bullock, who plays titular character Debbie Ocean, told reporters she would prefer to have people of similar demographics to the target audience review a film. "It would be nice if reviewers reflected who the film is for, like children should review children's films, not a 60-year-old man," she said.

She added that she would like there to be "balancing out the pool of critics so that it reflects the world we are in, like we are trying to reflect the world that I live in and my friends live in". 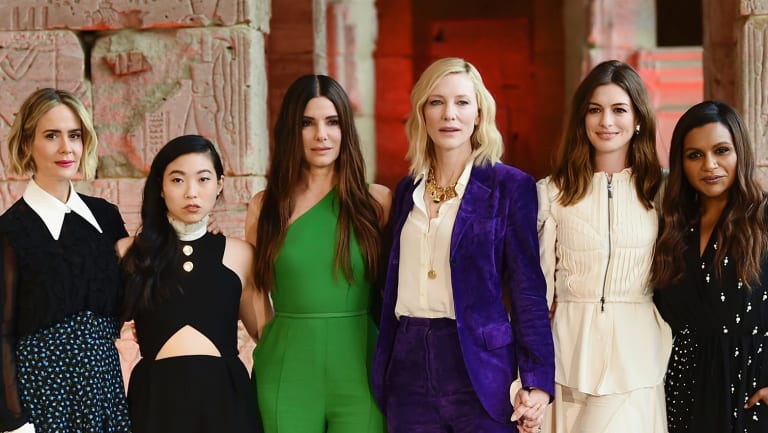 Actors Sarah Paulson, left, Awkwafina, Sandra Bullock, Cate Blanchett, Anne Hathaway and Mindy Kaling pose together during the Warner Bro’s “Ocean’s 8” cast photocall at the Temple of Dendur in the Metropolitan Museum of Art on Tuesday, May 22, 2018, in New York. (Photo by Evan Agostini/Invision/AP)

Blanchett, discussing whether Hollywood is getting better at telling stories about women, said: "It's Hollywood but it's also the media, because a studio can support a film and it's the invisible faces on the internet, and often male reviewers, who can view it through a prism of misunderstanding."

The other six key roles are played by Helena Bonham Carter, Anne Hathaway, Mindy Kaling, Sarah Paulson, Rihanna, the Barbadian singer, and Awkwafina, the US rapper.