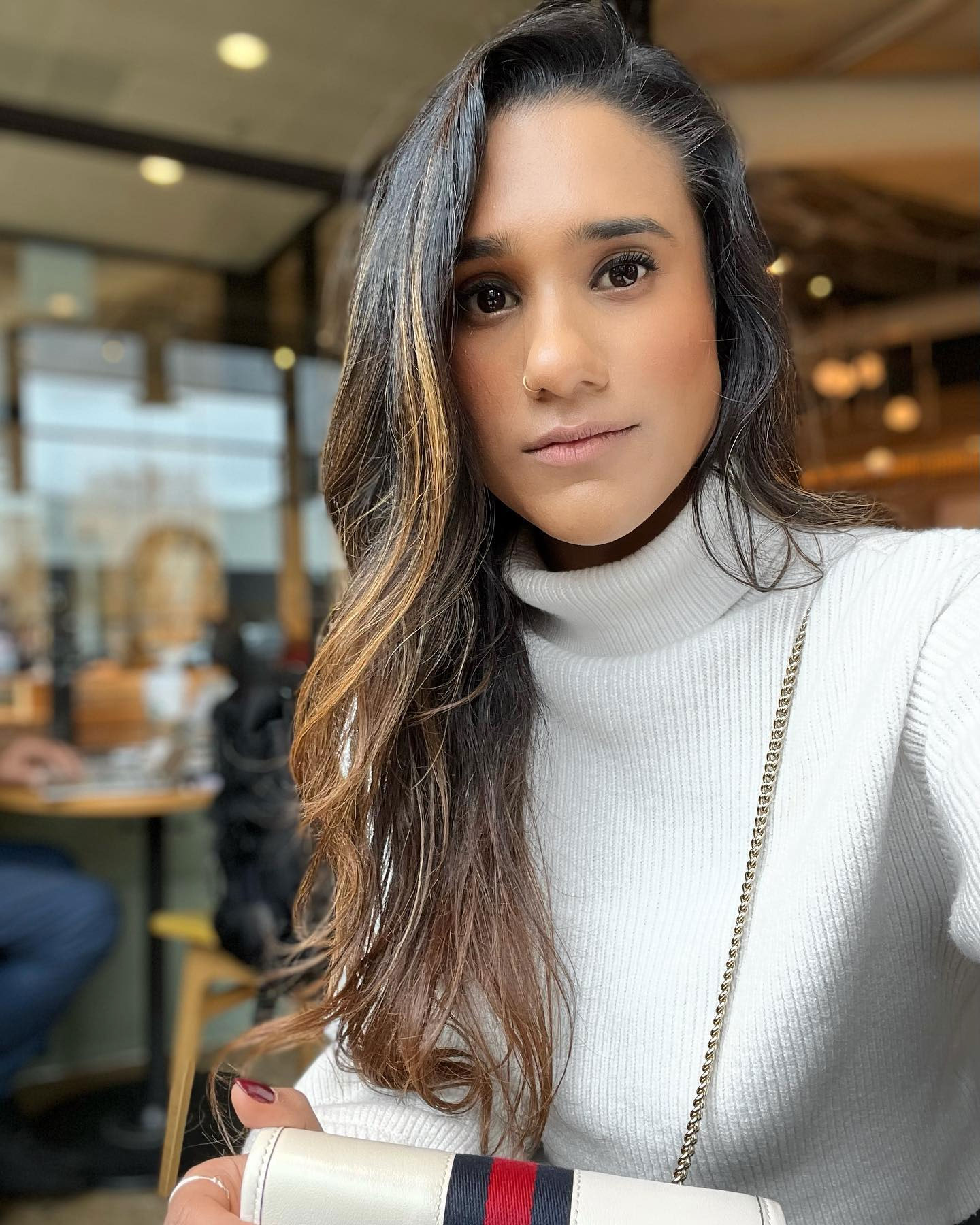 Not here for the haters. Love Is Blind star Deepti Vempati clapped back after commenters “made fun” of her nose during a social media appearance with costar Kyle Abrams — and it’s clear she doesn’t tolerate trolls.

Everything Love Is Blind’s Kyle, Deepti Said About Their Potential Romance

“You guys, this is my real nose,” the reality star, 29, said in response to attacks being made on her appearance during a TikTok live with Abrams, 31. “Stop making fun of it.”

The Illinois native shut down abuse immediately, explaining, “this is how I was born, I’m not changing it” and clarifying that those who were concerned with her physical appearance could simply “get over it” because “it’s my f–king face.”

Kyle quickly jumped in to deflect the tension by claiming that he was the one who needed “a nose job,” because he had been “in a car accident.” The photographer then squished the data analyst’s nose in the camera before he declared himself her “biggest fan.”

Kyle wasn’t the only one to come to Deepti’s defense. Other viewers of the TikTok Live flooded the comment section with love and praise for the MTV personality.

“Thank you. Oh my gosh. I do have to say that everyone on here is so nice,” she responded after seeing the outpouring of support. “Anytime anyone says anything negative, they come for them and I love you all.”

Deepti and Kyle first sparked relationship rumors in March 2022 during the season two reunion of Love Is Blind when fans began to speculate that a romance may be blossoming between the two contestants. During filming, the construction worker admitted that “I should have tried harder for [Deepti],” adding, “I love her so much. She’s the best. And I wish I saw what was right in front of me and that’s my biggest regret.” (Deepti previously accepted a proposal from Abhishek “Shake” Chatterjee, while Kyle proposed to Shaina Hurley.)

Deepti, for her part, wasn’t surprised by the comments. “A lot of people don’t know that Kyle and I had a really deep connection in the pods,” she told New York Magazine in March 2022. “He was my No. 2 person, so it wasn’t out of the blue. We do have this foundational bond. It was heartwarming and so sweet to hear.”

While the pair continue to fuel speculation by often featuring the other in their various social media posts, both have ultimately remained coy on their official relationship status.

‘Love Is Blind’ Couples: Who Is Still Together and Who Broke Up?

“All I can say is, you know, we’re going through it,” the Deepti exclusively told Us Weekly during an interview on Wednesday, June 1. “We’re just figuring it out.”

The Love Is Blind alum teased: “I think you guys will see more of our story later,” adding that Kyle is “one of my best friends, so that’s all I can say.”