Long before she captured American audiences with her sharp portrayal of Ruby Baptiste in HBO’s Lovecraft Country, and later as the prideful Rial in Netflix’s His House, actress Wunmi Mosaku had amassed stellar acting credits. Born in Nigeria, raised in Manchester, England, and now based in Los Angeles, she confesses that making a name for herself in Hollywood is a bit like starting over. “I feel very new here,” the star says. “I don’t feel established in the U.S. I feel like I’m still finding my feet.”

In 2017, Mosaku became only the second Black actress in 62 years to score a British Academy Television Award (BAFTA), which she received for her supporting role in the film Damilola, Our Loved Boy. But that history-making win didn’t immediately shift the ground for her or change the type of parts she was offered. “It’s still up to the people who are making the shows,” she says. “A writer can write something, and then an executive producer can say, ‘No, we want them to look like this.’ Nothing happens overnight. But the only reason why I have a BAFTA is the Black actresses who came before me, who put in the legwork. It’s changing, but it’s slow.” Mosaku’s talent and her alma mater, the Royal Academy of Dramatic Art, prepared her for the spotlight. Years of experience have also made her more confident in using her voice. “I definitely feel like 2017 was probably the first time I had the courage to say, ‘This isn’t right for me.’ Or, ‘This isn’t the direction I want to go in.’ I don’t have to just take everything that is given to me. I have a little bit of autonomy by saying no. It’s an ebb and flow. Sometimes we feel so powerless. Sometimes we feel so appreciated. It’s really hard. I think it can change from day to day, feeling valued and undervalued. I don’t think there’s an ‘I just feel valued now’ moment. That’s not the case.”

Despite the sexist and racist standards that Hollywood has clung to for centuries, the 35-year-old is determined to define beauty on her own terms. “The pressure is always so high for women,” she says. “I feel blessed that I look like me. I’ve always had to love myself, through everyone else’s expectations, because there’s nothing that I could do to fit into their ideal. I’m not going to hurt myself. I’m not going to belittle myself. I know who I am and where I come from, and my people are beautiful. I’m not going to do anything but honor that.” 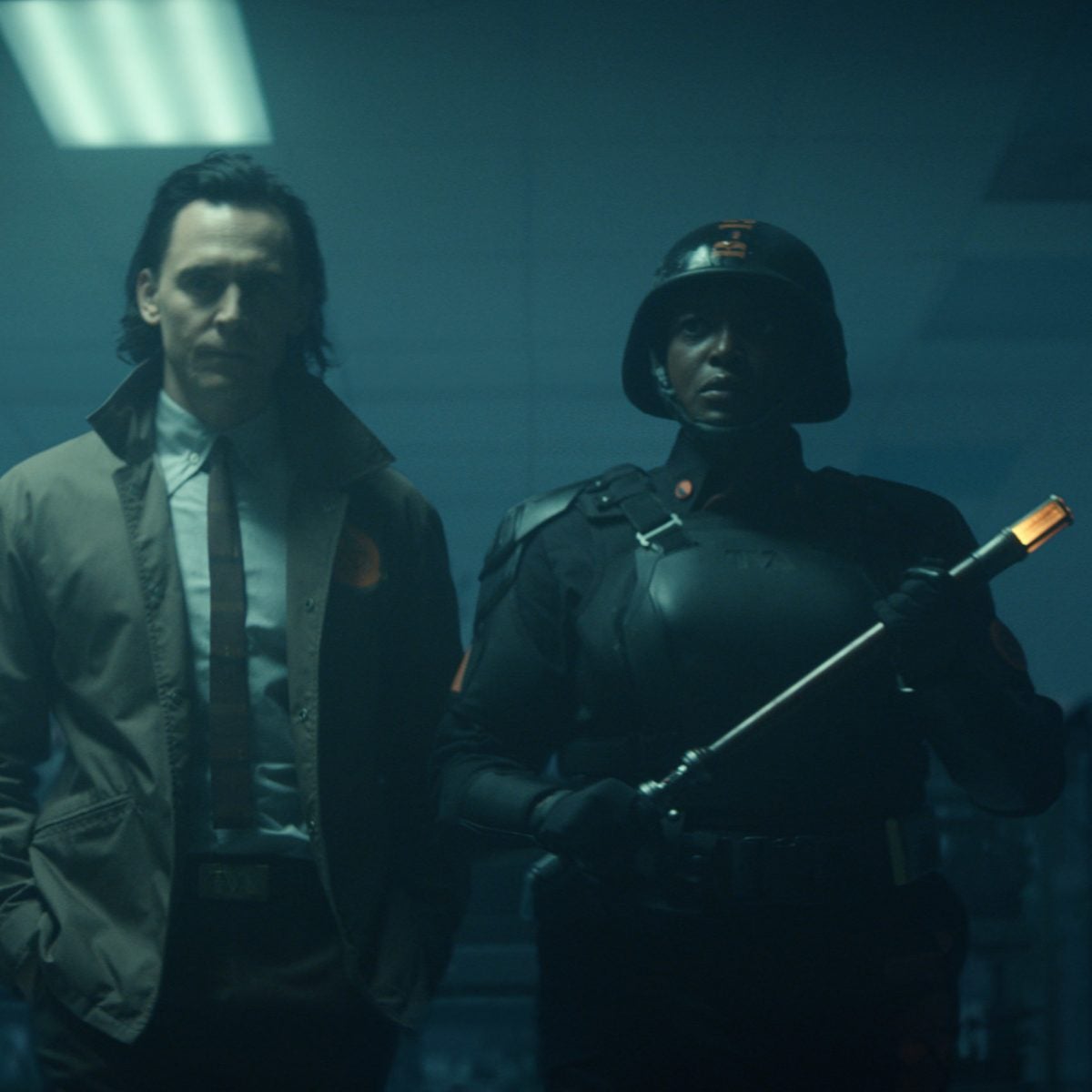 After a year at home, Mosaku is excited to be back in front of the camera. She’s currently appearing on Disney+ as Hunter B-15, a member of the Time Variance Authority, in the Marvel Studios Original Series Loki, based on the comic book villain of the same name. “Obviously, you want a great character,” she says of the roles that interest her. “You want a great journey. I want to see some change, some growth, some development. That’s what I care about.”

Lovecraft Country costume designer Dayna Pink garnered immense praise from the body-positive community for Ruby’s stunning wardrobe. Dark skinned, curvy Black women are rarely centered on-screen in vibrant gowns—or bright red shorts for that matter. Ironically, stepping into her characters’ clothing is still challenging for Mosaku. “The costume is the hardest thing because it’s not me,” she admits. “Everything changes. The way you walk, the way you hold yourself, the way you sit. Your character doesn’t necessarily wear things that you think are beautiful or comfortable. Your hairstyle on set bleeds into your everyday life. If I’m wearing a weave, I hate that, because I feel like my own clothes don’t go with a weave. My clothes go with my afro, or maybe cornrows.” 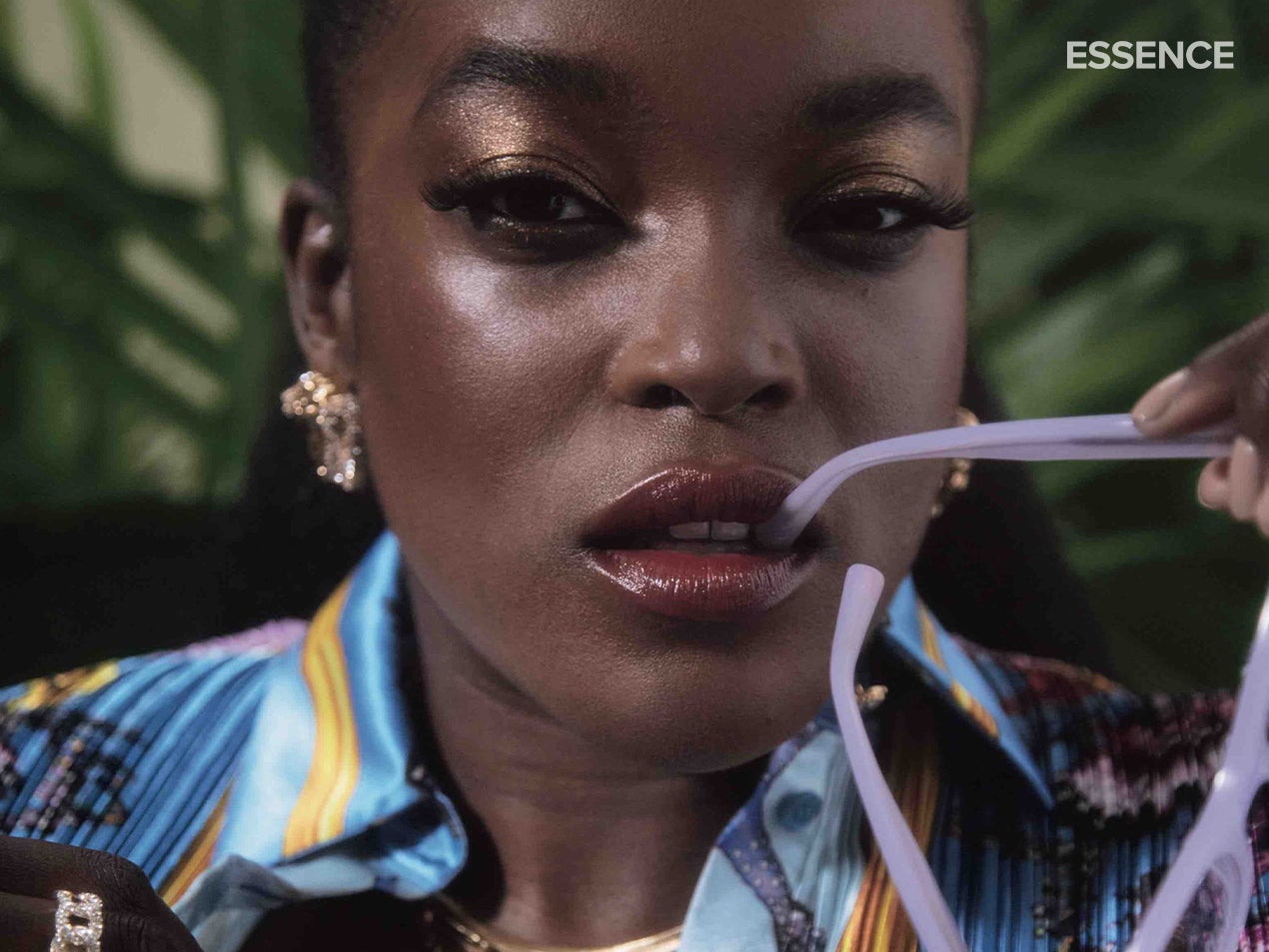 Mosaku wants to retain the sense of belonging she feels when she’s away from the bright lights and soundstages—while her career continues to blossom in a world that often seeks to “otherize” women like her. “I’ve learned so much about myself as a woman, a wife, a partner and a friend,” she explains, referring to her time away from the set during the pandemic. “My family and my friends are the most important thing to me. My safe space is with them. Now I have to deal with racism again—not that it wasn’t always there, but now I have to face all the micro- and macro-aggressions, just by stepping out of the house. I’m still grappling with it, but my goal is always to be honest, with as much respect and love as possible.”

This article originally appears in the July/August issue of ESSENCE magazine, available on newsstands June 29.