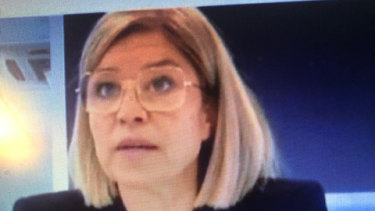 IBAC was told during hearings into the Casey land scandal how allegedly corrupt property developer John Woodman avoided publicly disclosing his $70,000 contribution to Enterprise Victoria in 2019 by splitting the payments into $10,000 lots and donating from multiple different companies.

By directing the donations to accounts for federal campaigns, the money became subject to the notoriously lax federal laws under which there are no donation caps and a company or individual can pour in up to $14,300 without having to disclose it publicly.

Under the Andrews government's 2018 law, Victorian political donations are in effect capped at $1040 per year, and must be disclosed.

In his evidence to IBAC in late 2019, Mr Woodman conceded his payments to Enterprise Victoria were split to avoid disclosure and media scrutiny. "I guess it was because of the publicity that we had,” he said.

Ms Sullivan's admission came after IBAC heard a secretly recorded telephone conversation from February 2019 in which she offered Mr Woodman a meeting with Victorian Liberal leaders Michael O'Brien and Robert Clark at the same time as she sought donations. She also talked of a “loophole” to sidestep donation laws.

Both Mr O'Brien and Mr Clark insist that no meeting occurred with Mr Woodman.

The Victorian Electoral Act states that a person must not enter into, or carry out, a scheme “with the intention of circumventing a prohibition or requirement” under the act. The penalty is up to 10 years imprisonment.

“On its face, there appears to be a breach of this prohibition by the practice of Enterprise Victoria wholly channelling money it received to its federal election campaign account so as to avoid the application of Victorian political funding laws,” said Professor Joo-Cheong Tham of the Melbourne Law School, an expert on integrity and political finance.

It remains unclear how, or if, political parties really quarantine federal from state accounts in practice. Liberal Party director Sam McQuestin did not respond to multiple requests for comment.

A Victorian Electoral Commission spokeswoman said it was watching IBAC’s investigation “with interest” and would support the anti-corruption watchdog wherever possible. “This includes receiving any matters that may be referred by IBAC at the conclusion of its investigation.”

The February 2019 recorded conversation came after The Sunday Age in late 2018 raised concerns about potential corruption at Casey Council and Mr Woodman's use of donations to influence state MPs. 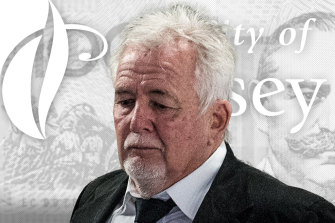 John Woodman and his client stood to gain $150 million from a rezoning, and was willing to spend big money to secure it.Credit:

Federal laws require that an entity controlled by a party or which operates largely to a party’s benefit must be registered as an associated entity and account for its revenue and expenditure to the Australian Electoral Commission. Enterprise Victoria is not currently registered as such.

“If Enterprise Victoria is a separate entity, this would likely mean that it is required to register as an ‘associated entity’ under the Commonwealth Electoral Act," Professor Tham said.

The Liberal Party has not responded to questions about this although party insiders have assured The Age that Enterprise Victoria is a fund-raising brand only and not not a separate legal entity.