Leona Lewis rings in 32 with strippers and Channing Tatum

Michael Costello might not want to rewind the clock.

After claiming that Chrissy Teigen’s bullying behavior left him suicidal, the 38-year-old fashion designer now finds himself accused of “hurtful” and “uncomfortable” actions as well.

In a lengthy Instagram Story shared Tuesday, “Bleeding Love” singer Leona Lewis alleged that the “Project Runway” alum refused to dress her for a 2014 charity fashion show because of her size.

“When I got to my fitting I was made to feel very awkward and uncomfortable as the dress was a sample size and he/his team clearly did not want to alter it to fit me,” she wrote.

“This came as a total surprise because weeks prior I was told that they would make the dress work for me. At the next fitting, the night before the show, with no explanation at all, Michael refused to turn up. He no longer wanted to dress me and he abandoned his commitments to me and the show which made me well aware that I wasn’t the body type required.” 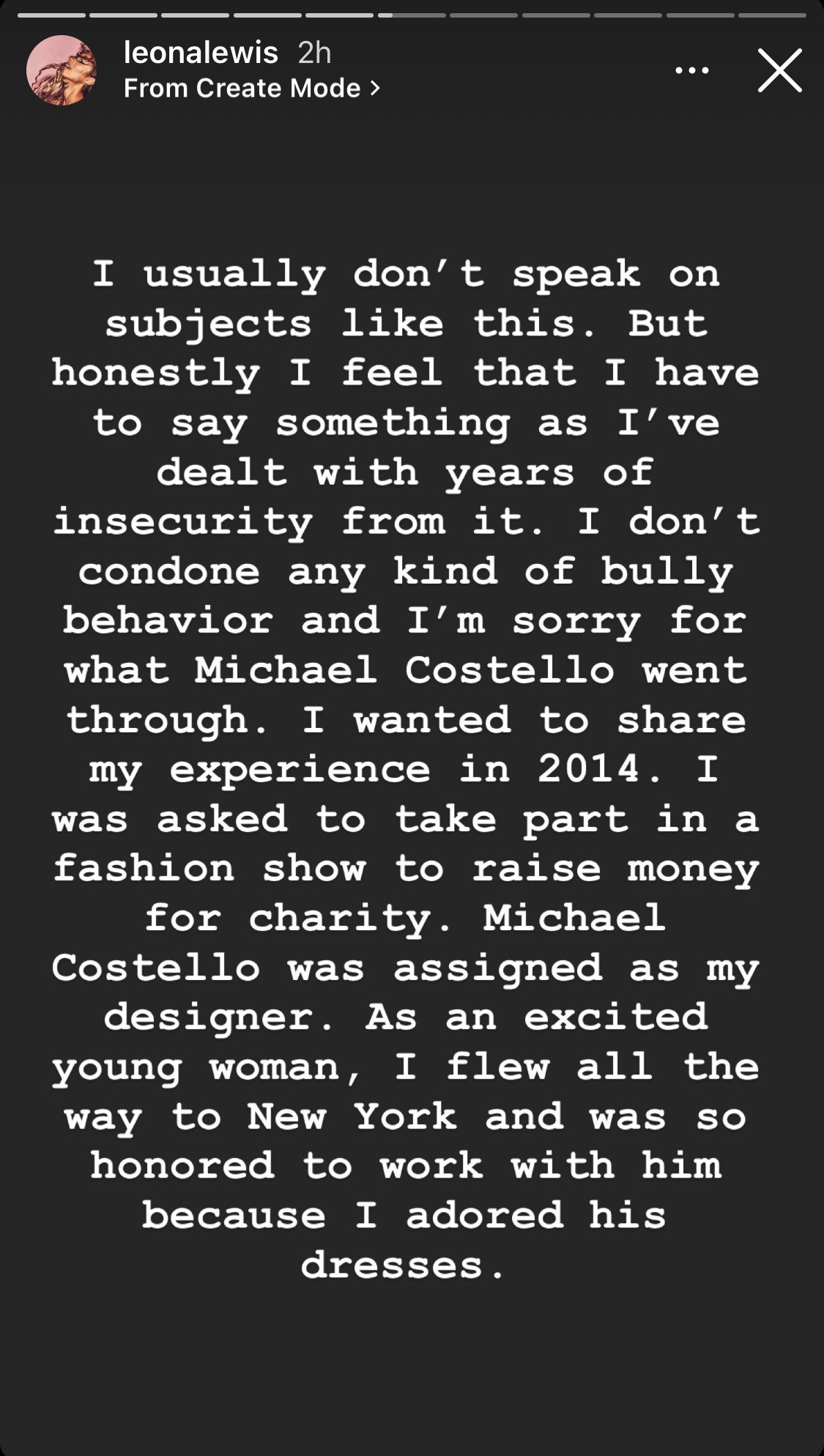 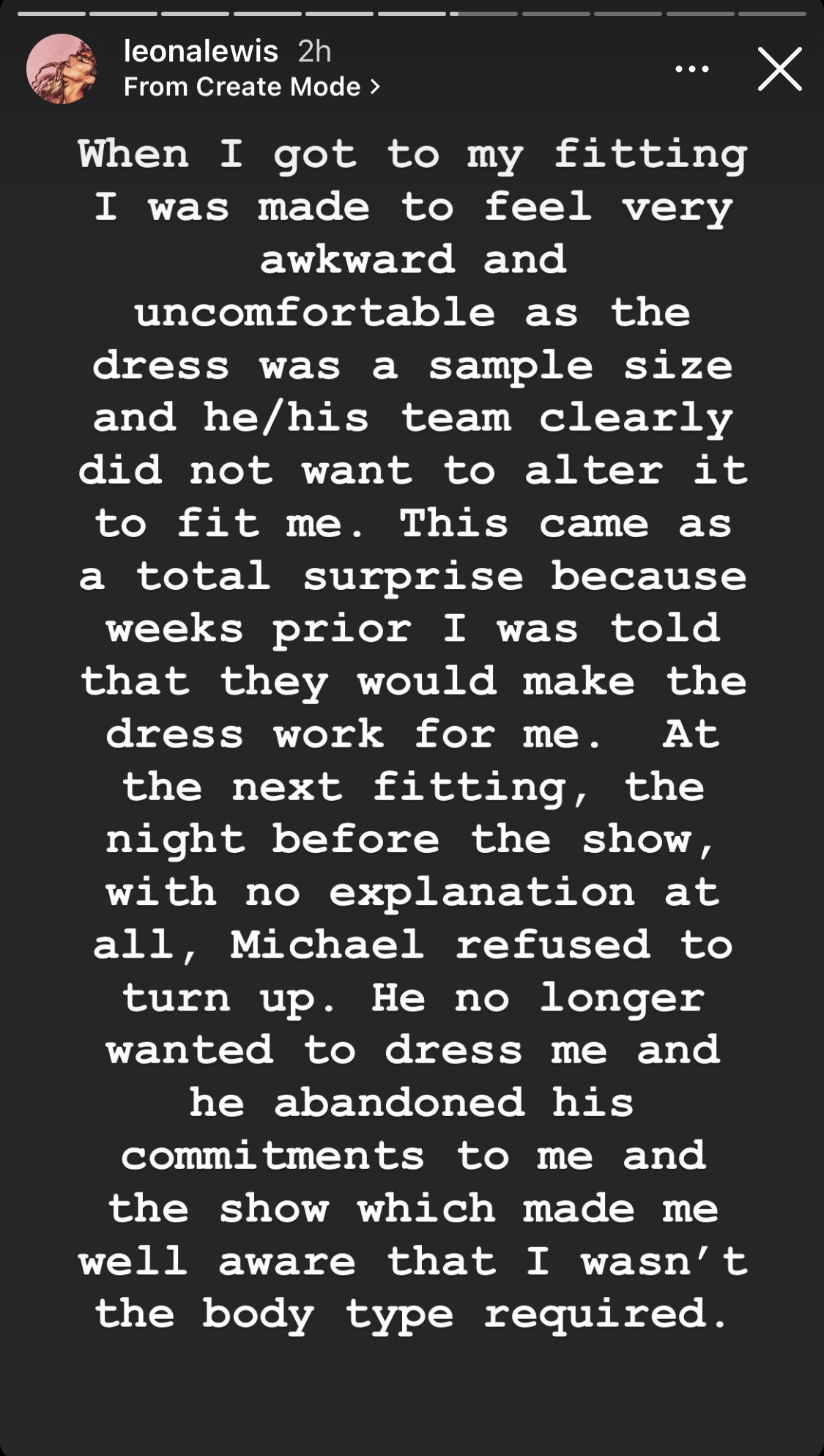 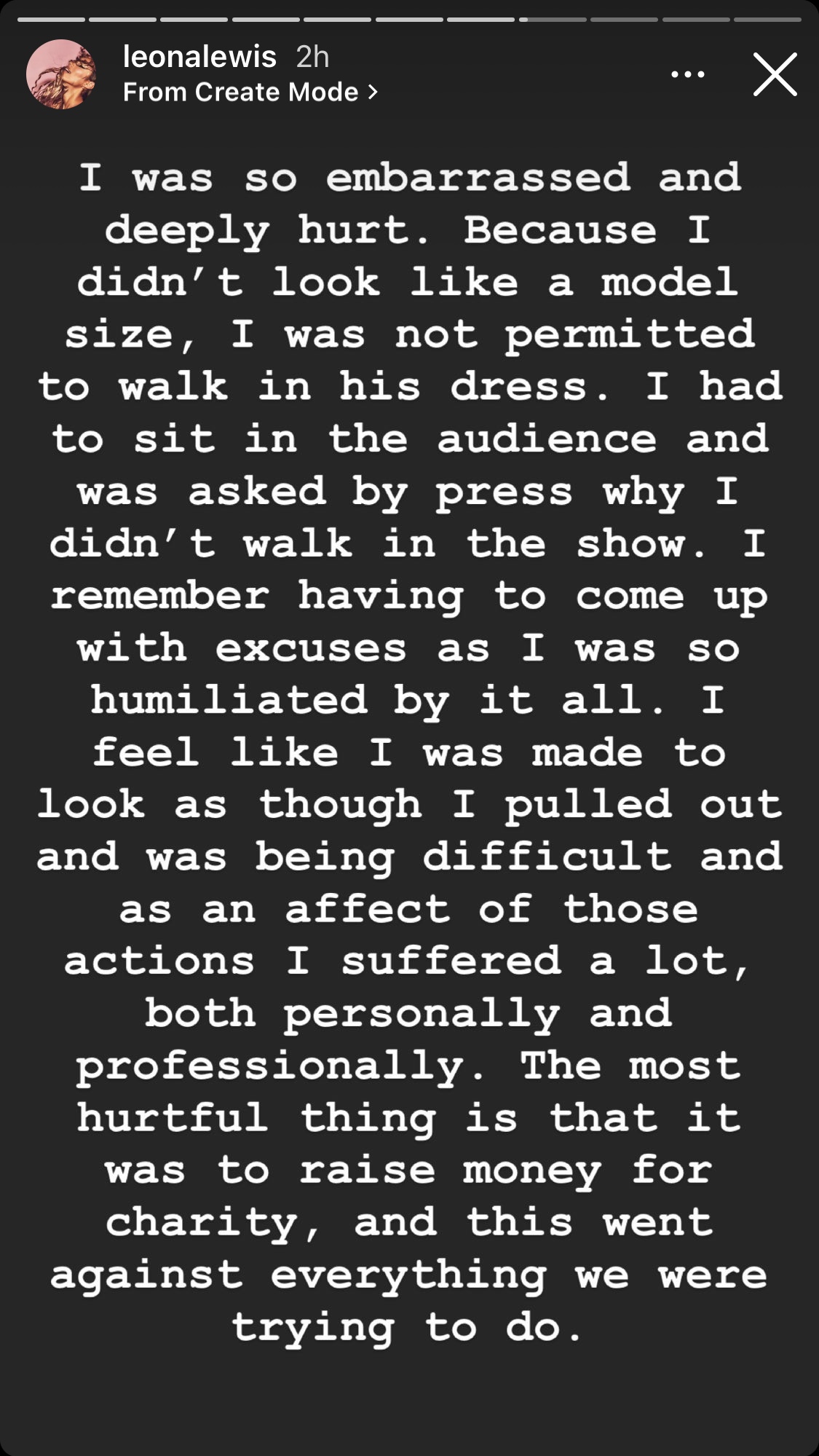 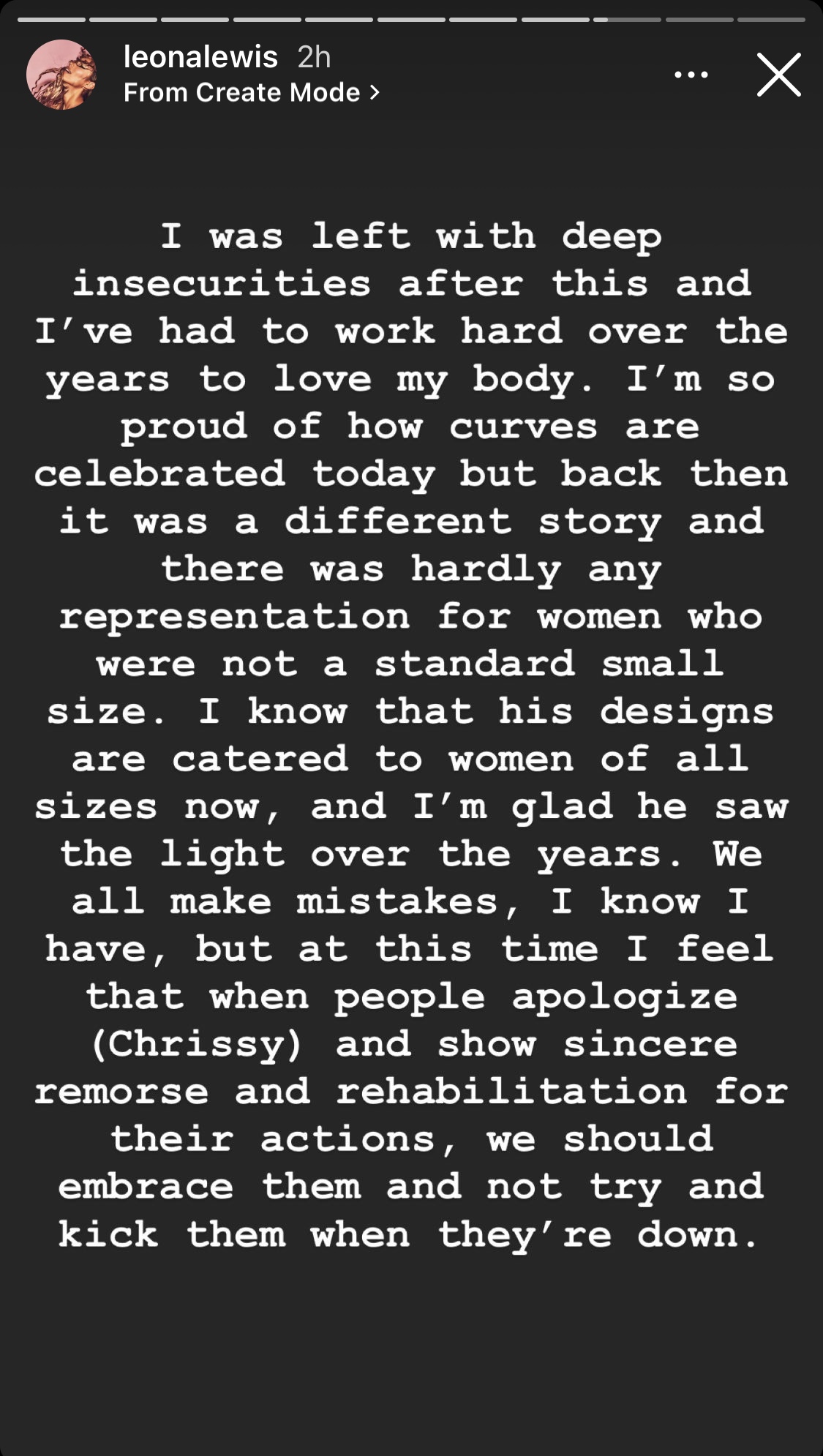 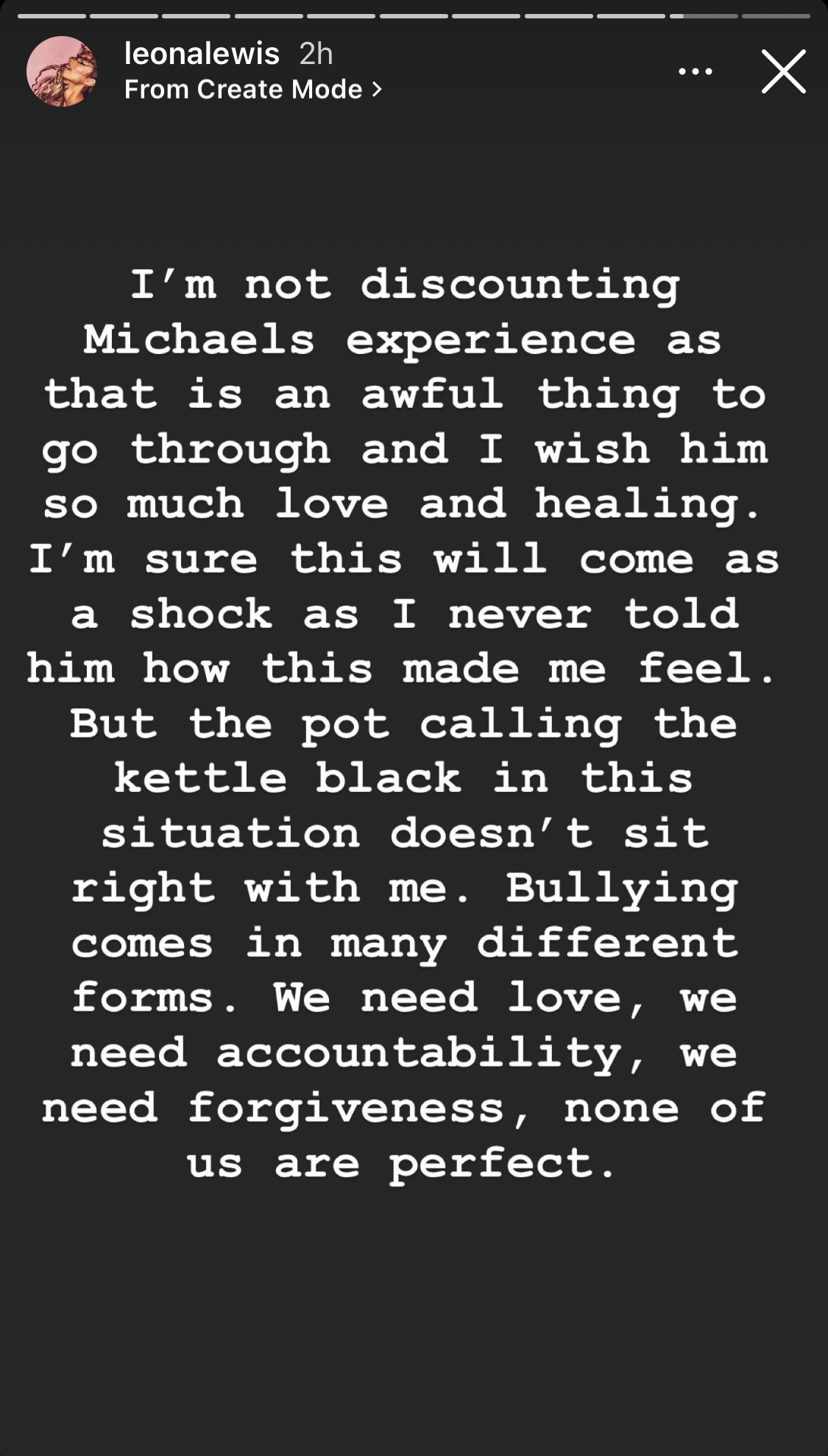 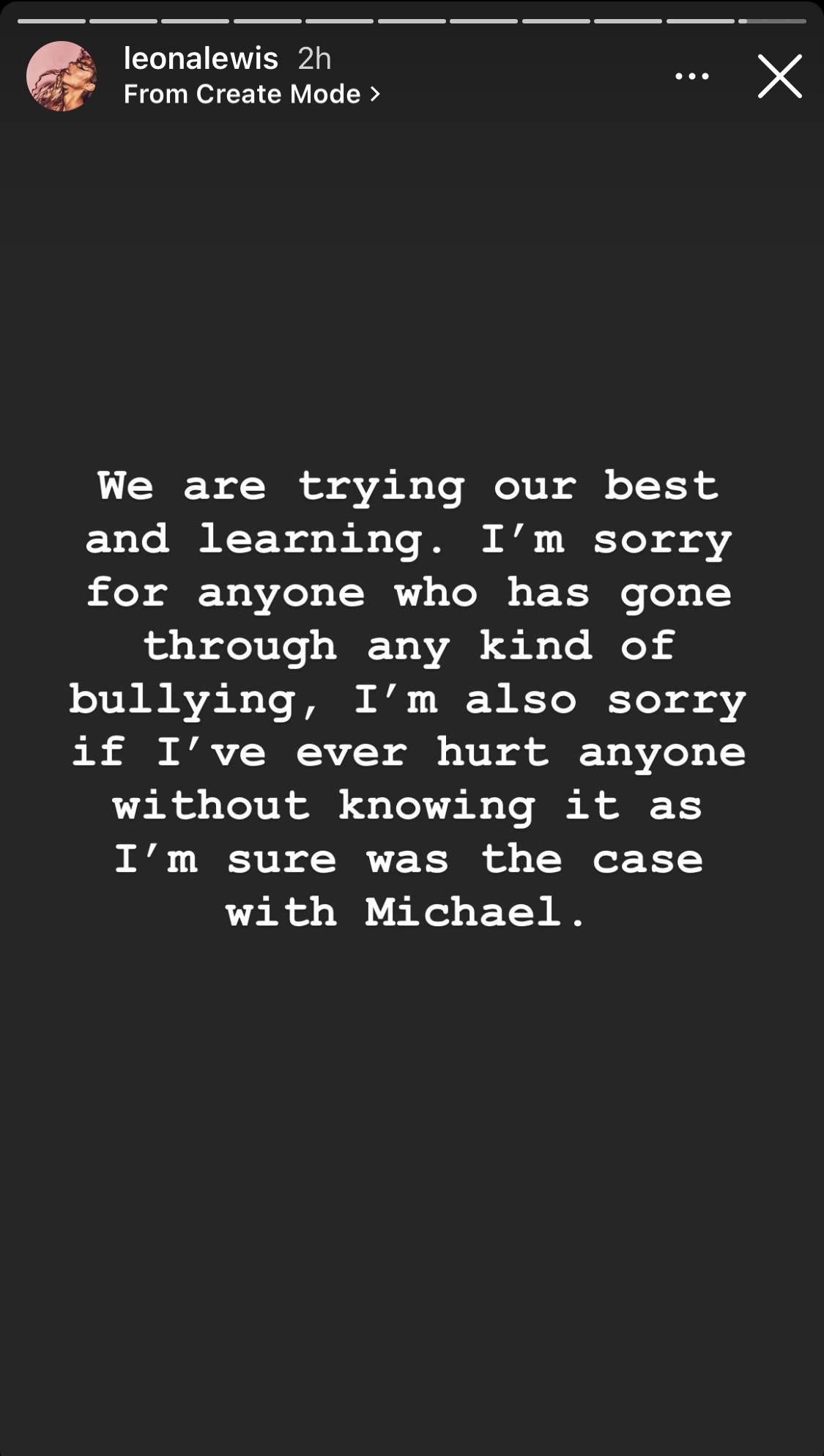