I can't remember the first time Nat* and I met, because when I look back on my childhood, I have very few memories without her in them. We spent almost every afternoon together, watching episodes of The Brady Bunch or riding our bikes around the streets of our neighbourhood. 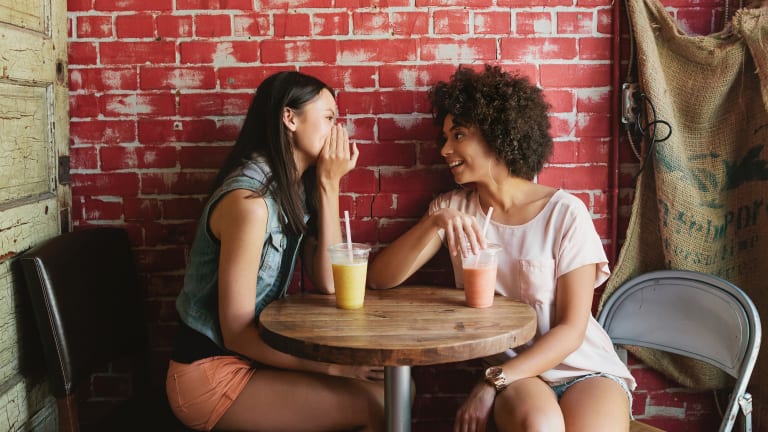 It’s been almost
seven years now
since we’ve spoken
and I still have
no idea what
happened.

We didn't have a lot in common. I was a shy kid who loved books and horses. Nat was athletic and social. I was cautious and worried about getting into trouble, while Nat was adventurous and had little care for authority. Luckily, we both loved Abba.

In some ways, the differences between us enhanced our friendship. Nat encouraged me to take risks I wouldn't have dreamed of on my own, and I stopped her from doing anything totally crazy. Together, we managed to have a lot of fun and most of the time, our escapades went undetected by the adults in our life.

Like the time my mum told us she was too busy to drive us out to the farm where my horse was agisted. Nat suggested we ride our bikes. "It's not that far," she said, "and it's not like your mum said we couldn't go at all. She just said she was too busy to take us."

In fact, the farm was 10 kilometres away, and at least part of the journey was on unmade roads full of potholes. Nat's bike had a flat tyre so we doubled on mine.

It was slow going. Three-quarters of the way there, we realised the sun was getting low in the sky, and we weren't going to make it to the farm and back by the time the street lights came on – our curfew

I wanted to turn around but Nat pushed me on, reasoning we could use the phone at the farmhouse to let our parents know where we were. Unfortunately, when we got to the farm, no one was there. When we arrived back home – well after sunset – both our houses were empty. Our parents had formed a search party and the police had been called.

We were grounded for a month, but the trip had been worth it, if only for the social kudos we gained at school after the event.

By the time we reached adulthood, Nat and I were more like sisters than friends. I don't think either of us ever questioned our friendship. Did it matter that I was a reader while she preferred reality TV? Or that I was completely disinterested in anything domestic while Nat loved her home?

We didn't think so. We were totally ensconced in each other's lives. Always had been. Always would be.

Or so I thought.

After the breakdown of her first marriage, Nat fell in love again. I was thrilled for her – she'd spent a lot of years being lonely and unhappy and I was excited that she was about to get a new start. I didn't realise that new start wouldn't include me.

Not long after the wedding, she stopped taking my calls. At first, I didn't worry. We'd had disagreements before but neither of us could ever bear to be away from the other for any length of time. But when the weeks turned to months, I had to accept that she wasn't changing her mind. Our friendship was over.

It's been almost seven years now since we've spoken and I still have no idea what happened. Perhaps my choice to permanently move away from our hometown was a factor. Or maybe her new-found happiness gave her the confidence to move on from a friendship she no longer needed. I don't think I'll ever know.

At first, there was a gaping hole in my life, but I've moved on, and to be honest, these days I rarely think about her. I've realised that our friendship probably hadn't served either of us for some time before Nat withdrew. Our shared history tied us to each other, but we had nothing else in common.

If I met Nat for the first time now, I very much doubt we'd form a friendship. The friends I've made in adulthood are diverse. Some I've met through shared interests and others have been more random, but almost all of them have similar values to me.

In the last decade of our friendship, it had become obvious to me that Nat and I did not share the same world view. It seemed that in adulthood we'd reversed roles: Nat now drew comfort from the status quo, choosing to live a life focused on her family and resisting change to her world. Meanwhile, I'd outgrown my childhood timidity and sought out new ideas, people and situations.

Do I regret my friendship with her? Not at all. Nat's a big part of who I am today, and for that I will always be grateful. Not all friendships are forever, but that doesn't mean we can't appreciate them for the gifts they gave us while they lasted.

*Name has been changed. Lisa Ireland's new book The Art of Friendship (Pan Macmillan) is out now.