If stand-up makes you anxious, give Daniel Connell a bash – the boy from Batemans Bay makes comedy seem a piece of piss. 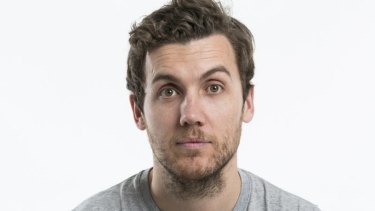 Much of the show is centred around conversations with Connell's elderly neighbour. Over cups of tea and the afternoon TV news the pair swap gossip, Connell says.

The young (ish) man tells the old one about a childhood mate who – at 30-something – has suddenly become a samurai and a Facebook "friend" who's ditched his wife, family and Sydney real estate career to become a storm-chaser in Kansas.

The old man imparts his wisdom and gradually reveals a dark past, causing Connell to rework his message for the show from "life is precious" to "don't trust the elderly".

A self-described 80-year-old in a 35-year-old's body, Connell tries to make sense of the youth of today and their acronyms, such as BDE (big dick energy). Connell establishes he probably has average dick energy, but he does use it well.

His is a seemingly effortless and well-crafted show.