Women will be promoted to key roles across the federal government in a series of Labor factional meetings on Monday that are expected to confirm Clare O’Neil from Victoria and Jenny McAllister from NSW as likely cabinet ministers.

Prime Minister Anthony Albanese is waiting on the factions to decide who enters the cabinet before he names people to posts including home affairs and environment so the full ministry can be sworn in at Government House on Wednesday. 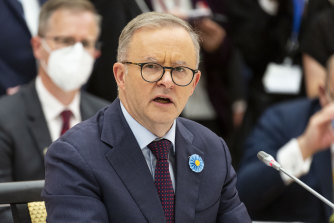 Prime Minister Anthony Albanese is waiting on the factions to decide who enters the cabinet before he names people to posts.Credit:AP

A key decision is expected to be the appointment of a senior minister to the families and social services portfolio, held by Linda Burney, so she can focus on her other portfolio of Indigenous Australians, given the priority of a Voice to Parliament and constitutional recognition.

But a threshold decision is yet to be made on whether to shrink the cabinet from 23 to 21 positions, while contenders for key posts are yet to discuss the options with Albanese and must wait on the gathering of the factions in Parliament House on Monday and a caucus meeting on Tuesday.

The factional decisions put McAllister, a founder of the Labor Environment Action Network, on track for the environment portfolio but some caucus members said she had also been active on social services policy and could be given a ministry in that field.

O’Neil held the aged care portfolio in the lead-up to the election but has a background in economic policy and her supporters on the right believe she could gain an economic role. 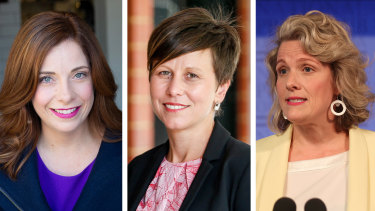 Her promotion would open a position in the ministry for another member of the Right, with the NSW Right due to hold a meeting on Monday to decide if this goes to Kristy McBain, Emma McBride, Deb O’Neill or Meryl Swanson.

The Queensland Right is expected to decide to elevate Anika Wells, the member for Lilley, to replace fellow Queenslander Shayne Neumann in the ministry. While supporters of Neumann said he had done well in the veterans’ affairs portfolio by forcing the government to hold a royal commission into veteran suicide, members of the faction said the outcome was almost certain. Neumann is the only Labor MP in a regional electorate in Queensland, a key factor for the party in a state where it will need to gain seats at the next election.

With deputy Labor leader Richard Marles expected to move to defence, his previous portfolio of employment will be available for Brendan O’Connor, who is being praised by colleagues for the “selfless act” of giving up defence. O’Connor could move to home affairs if not employment, given he has held both in the past.

While Jason Clare is rumoured to be a possible choice for the home affairs position, he holds the housing portfolio and this is seen as a key position given the election promise to create the “help to buy” scheme for 10,000 homebuyers each year.

Of the 30 positions in the Labor ministry, the Right faction is expected to retain 16 and the left 14.

Victorian MP Rob Mitchell, who has held the second deputy Speaker position for nine years, and Queensland MP Milton Dick are in contention for the Speaker role, but the outcome depends on whether Labor gains a majority.

Senior Labor figures are canvassing the idea of supporting independents such as Andrew Wilkie or Helen Haines for the speaker’s post if Labor emerges with only 75 seats.

In a further complication, Labor currently has 14 assistant ministers but Albanese can only appoint 12 in government, forcing him to drop some. He has discretion to name the assistant ministers, who are not selected by the caucus.

Liberal MPs will also assemble in Canberra on Monday for the first time since their election routing to elect new leader Peter Dutton and deputy leader Sussan Ley, who will nominate for the roles unopposed.

The Nationals will vote on their leaders at 10am on Monday with deputy leader David Littleproud and Darren Chester challenging Barnaby Joyce.

Labor has a pathway to the 76 seats it needs for majority government, with incumbent Josh Burns narrowly ahead in the Melbourne seat of Macnamara against the Greens.

In the NSW South Coast seat of Gilmore, former state Liberal minister Andrew Constance has edged ahead of Labor MP Fiona Phillips, while Liberal frontbencher Michael Sukkar is fighting to hold his Melbourne seat of Deakin.

Albanese said “respect” would be at the centre of his governing style but he urged Dutton to accept Labor’s mandate on key policy areas.

“I’ll treat Peter Dutton with respect if we can get some agreement from him. That would be good on measures that we have a mandate for,” he told Sky News on Sunday.

“I think that he needs to respect the mandate that we have on a range of areas that are very clear, and we want to get to work on that.”

Labor has vowed to legislate a national integrity commission by the end of the year, and campaigned heavily on a number of other issues, including childcare and upgrading the nation’s electricity grid.

Dutton is not expected to name his shadow ministry until later in the week, but it will involve substantial change due to at least five frontbench vacancies.