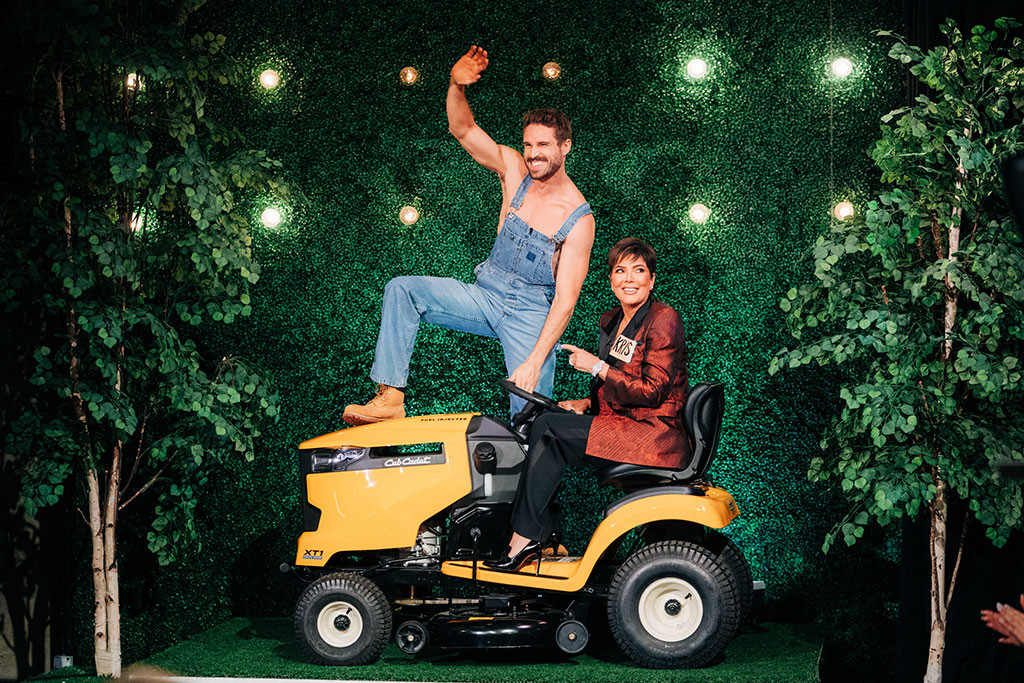 Does Kris Jenner still have time for grocery shopping?

Such was the question on James Corden‘s mind Tuesday night as the famous momager appeared as one of the celebrity guests on The Late Late Show. While Jenner said she loves a Costco run or shopping online, Corden decided to test just how “in touch” the Kardashian matriarch is with how much groceries cost nowadays—and he had the perfect way to do that.

With a Price Is Right game set in place, Jenner put on a name tag and was “chosen” from the audience (of course) to play and potentially win a new sit-on lawn mower, presented with a hunky shirtless guy dressed in overalls.

“If you were to win this tonight, would this encourage you to ride around and mow the lawn?” Corden asked.

“With him?” Jenner quipped back about the man.

Actually, she decided son-in-law Kanye Westwould love the lawn mower as a Christmas gift. So, let the game begin!

The task at hand was for Jenner to play “Hi Lo,” in which she had to pick out the three of six items with the higher prices in the group.

If there were any doubters, the joke’s on them because Jenner emerged the champion of the game after correctly guessing that the men’s deodorant, cat foot and trash bags were the higher priced items.

Of course, this is something you just have to see, so check out the clip above—and prepare to laugh out loud!