Kourtney Kardashian might be inching closer to the altar.

The Poosh founder and Travis Barker appear to have hosted a wedding shower of sorts in Palm Springs, Calif., on Wednesday.

Attendees including Toby Morse, Phil Riportella and Allie Rizzo posted photos on social media that revealed a “Kravis 4 Ever” balloon display and showed off the couple’s iconic love of skulls in cookie form and catering by vegan hotspot Crossroads Kitchen.

“Beautiful day today!” Morse wrote over a selfie that revealed the balloons. “Thanks for having us & congrats! @travisbarker @kourtneykardash #YoureSoCool.”

The event appears to have been an all-day affair, as the group closed out the day with a showing of “Edward Scissorhands” on a pool-side screen. It’s unclear if it’s momager Kris Jenner’s new Palm Springs estate. 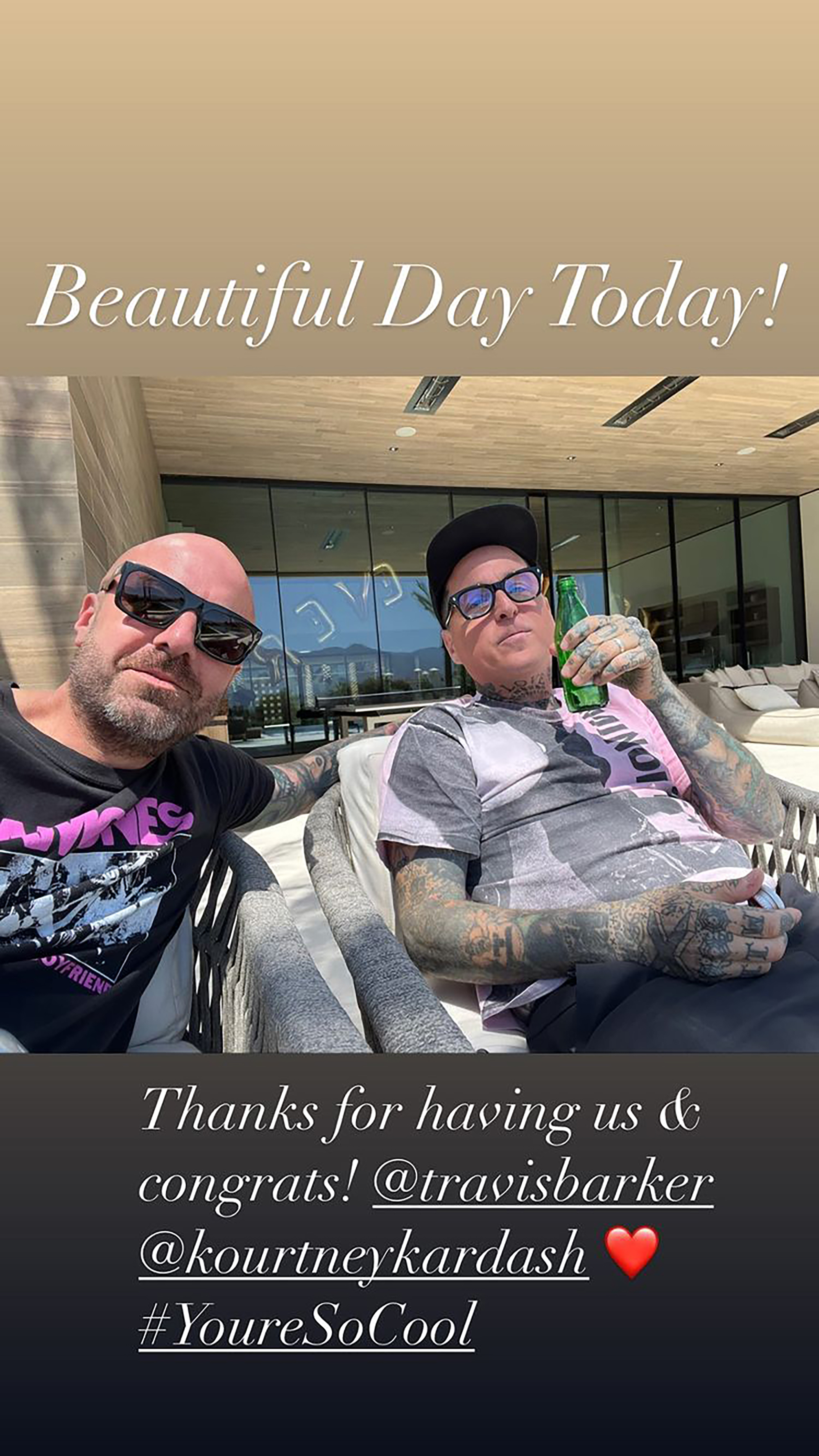 One of the pair’s Halloween costumes last year was an homage to Tim Burton’s 1990 classic, with Kourtney channeling Winona Ryder’s character, Kim Boggs, with long blond wig and a custom Amsale wedding dress designed by stylist Dani Michele and Barker dressed as Johnny Depp in the titular role.

The #YoureSoCool hashtag may draw ire from Barker’s ex Shanna Moakler, as she previously explained that the song and film it’s from, “True Romance,” played a pivotal role in her wedding to the drummer. 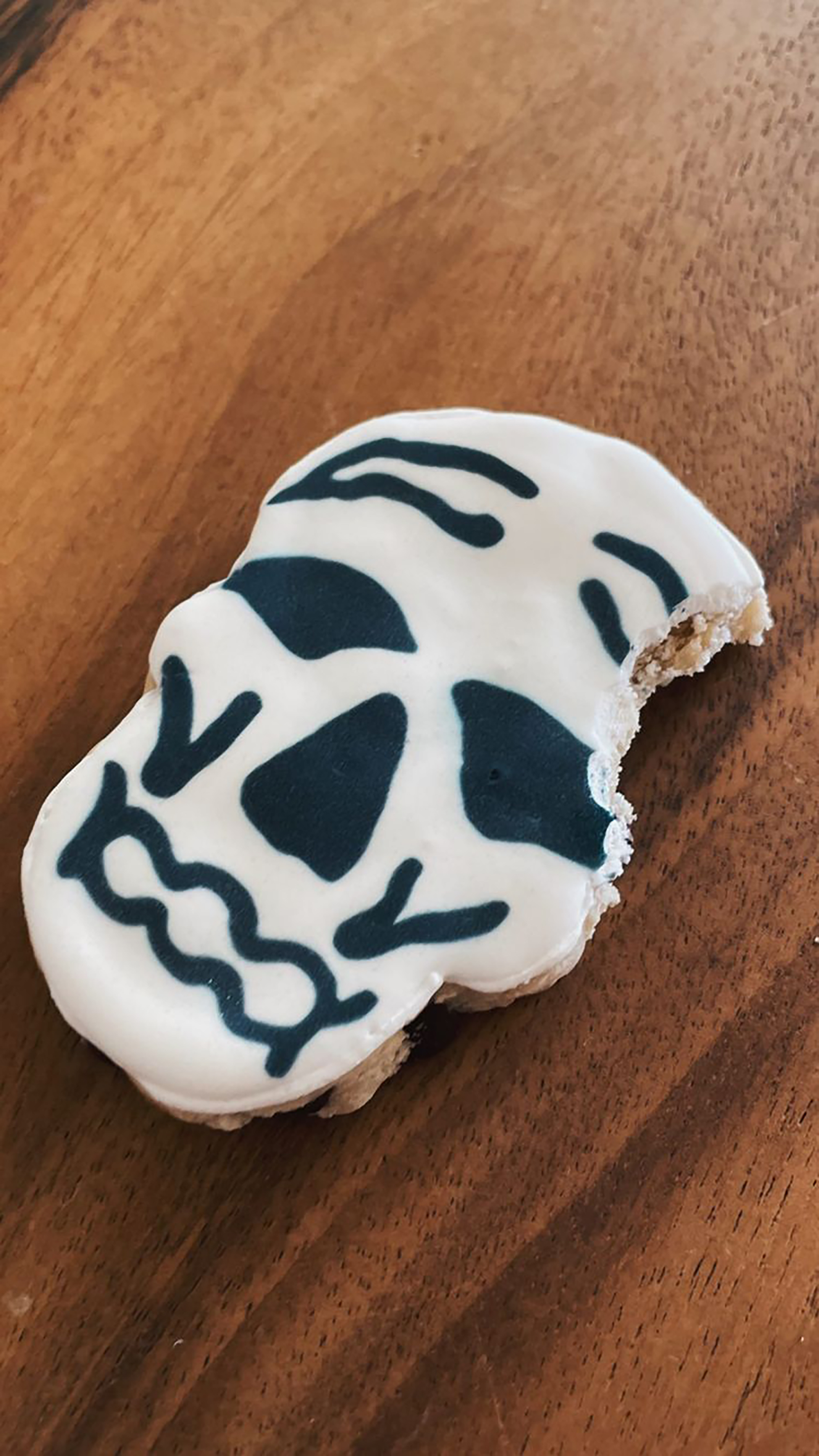 “What was weird is that they were posting about a movie that Travis and I basically bonded over. I called him Clarence in the movie. We named our daughter after the character Alabama in the movie,” Moakler told Us Weekly at the time. 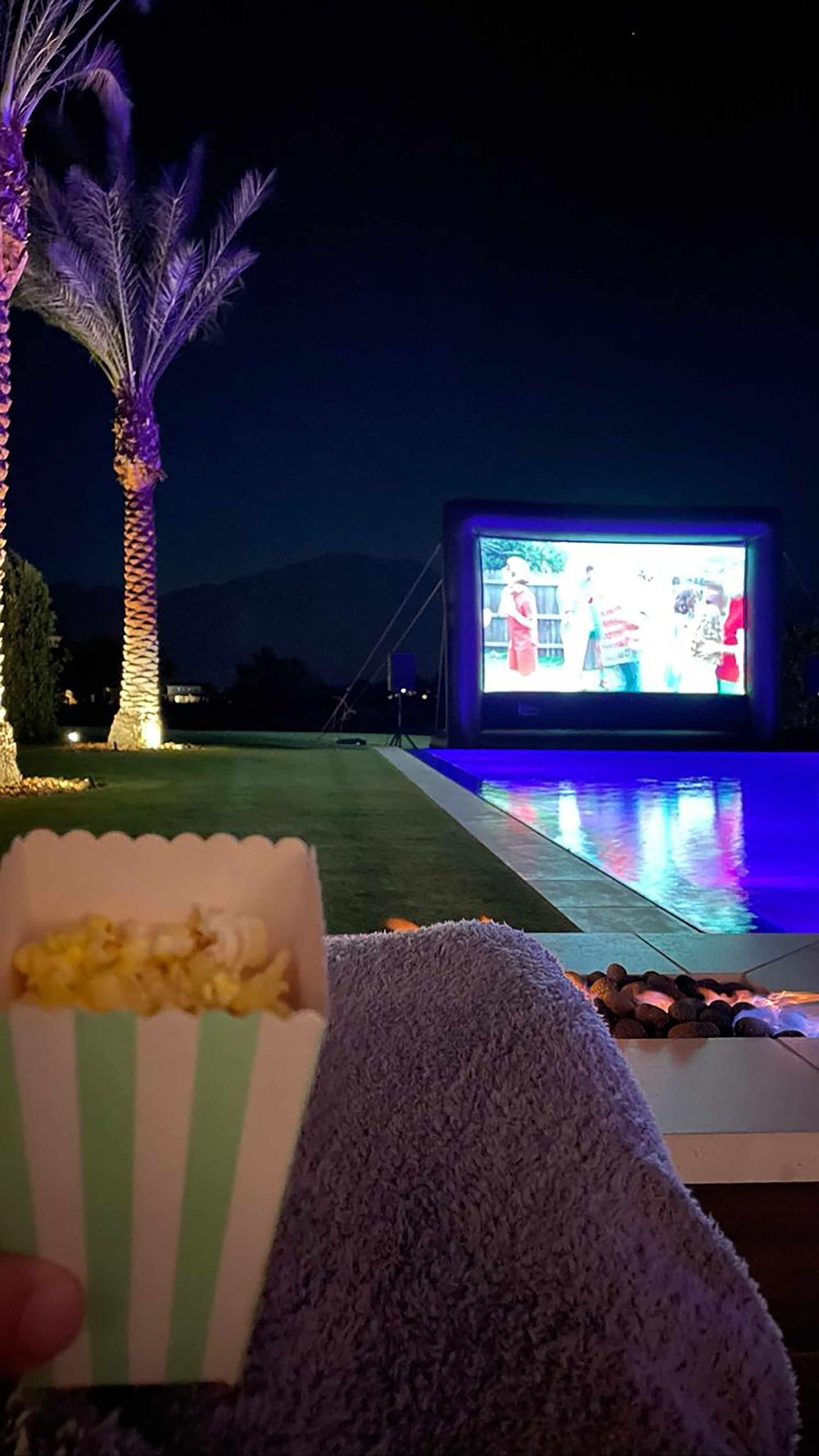 Details are mum surrounding “The Kardashians” star and Barker’s nuptials but fans got a glimpse at their fake wedding in Las Vegas in early April.