If you spent the better part of the last decade playing a now-iconic character on TV, wouldn’t you want to somehow pay tribute to that character in planning your real-life milestones? Well, apparently Kit Harington’s wedding invitations have a Jon Snow stamp, according to several reports that surfaced over the weekend. Harington announced his engagement to former Game of Thrones co-star Rose Leslie back in September. And while the pair has managed to keep a pretty tight lid on the specifics of their upcoming nuptials, their decidedly unorthodox wedding invites snagged some international attention.

According to a report from the Daily Mail, published Saturday, the GoT-made couple dispatched wedding invitations to some 200 guests — which means, conceivably, that Harington and Leslie somehow managed to get their hands on 200 stamps featuring Jon Snow’s likeness to attach to each respective envelope. (Talk about a commitment to character, no?)

Even those who don’t identify as deeply enthusiastic fans of the knuckle-whitening fantasy drama series can probably appreciate this particular display of good-humoredness. Because, despite the fact that an April 29 report by Metro suggested that Harington and Leslie are concerned about keeping their wedding ceremony low-profile (given the pair’s collective fame), they still felt it pertinent to address the fact that their upcoming nuptials probably wouldn’t have been possible without Game of Thrones. 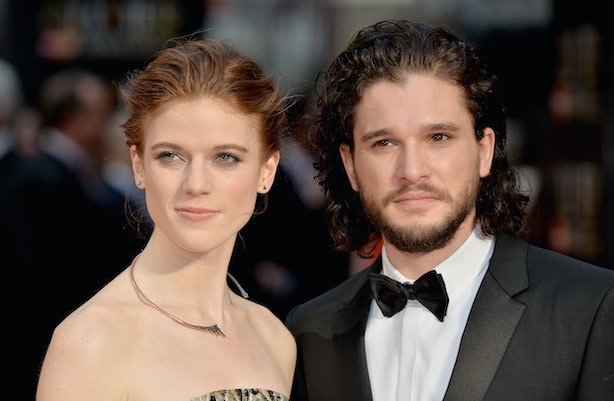 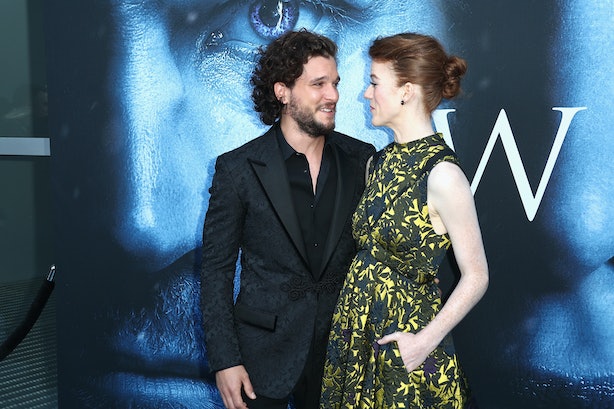 But per the Daily Mail‘s report — perhaps quite appropriately titled, "Talk of the Town," in all caps — it seems Harington’s GoT-inspired invitation decor was worth the ostensible risk. At least, from where the wedding’s invitees are standing. As the Daily Mail reported, the couple’s wedding guests were apparently thoroughly amused upon receiving a wedding invitation from none other than Jon Snow, everyone’s favorite fictional warrior prince.

For all those diehard GoT enthusiasts currently wondering where these elusive Jon Snow-fronted stamps came from — and, perhaps more importantly, how to get one — you’re in luck. Courtesy of the British postal service (aka the Royal Mail), Harington’s wedding invite stamps are actually available for purchase online. As Cosmopolitan noted, the Royal Mail released the Jon Snow stamps in conjunction with a whole collection of GoT-themed stamps just like it — albeit, featuring a whole roster of fan-favored GOT faces, including Daenerys Targaryen, Tywin Lannister, and Eddard Stark.

Back in February, the official Instagram account associated with the Royal Mail offered U.K. residents a glimpse of its Game of Thrones-themed postal merchandise. (And for anyone wondering if they’d misread the previous statement — yes, there is an entire Instagram account dedicated to the Royal postal service. Because, of course, there is.) Advertising the collection of GoT-inspired postage stamps on Feb. 27, the Instagram account wrote, "Did you know we produce special coin and medal products with the Royal Mint, such as this souvenir of #GameofThrones."

At this point, fans still don’t have a whole lot of information as to the specifics of Harington and Leslie’s forthcoming nuptials. Per the Daily Mail‘s recent report, the wedding "is due to take place in the very near future," though the whens and wheres still remain a bit murky. And, if the weekend’s bout of reports regarding the duo’s upcoming wedding ceremony are true, then perhaps it’s safe to say that’s exactly how Harington and Leslie want it to be. Who else is hoping the ceremony itself features a few nods to Game of Thrones too?