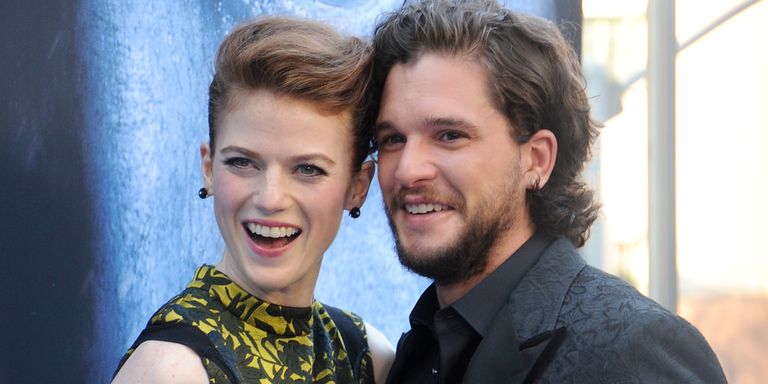 When you’re sending out wedding invitations, it’s important to make them as personal as possible. So it makes sense that Game of Thrones actors Kit Harington and Rose Leslie were inspired by their super successful TV show when preparing their invites.

According to reports, Harington and Leslie’s invites literally feature a picture of Jon Snow from Game of Thrones on them. Per the Daily Mail, “The 200 guests invited to see the 31-year-old actor marry his former Game Of Thrones co-star Rose Leslie at a Scottish castle were tickled to see the envelopes were adorned with a stamp featuring Kit as Jon Snow.”

The limited edition stamps were released by the British postal service earlier this year, and can still be purchased from Royal Mail if you’re a diehard fan of the series, and… stamps.

Did you know we produce special coin and medal products with the Royal Mint, such as this souvenir of #GameofThrones.

The source, allegedly a pal of the actors, revealed to Daily Mail, “They organized the wedding quickly because they didn’t want information to leak. But putting Kit’s face on the envelope might be a bit of a giveaway, at least for postmen across the country.”

And as Metro reports, Harington and Leslie “fear that dedicated fans of the show might turn up in their masses for the big day.” So, hopefully the stamps featuring Harington’s face haven’t been too much of a giveaway so far.

Back in Jan. 2018, Leslie told Town & Country, “I’m trying to fit in my wedding… I haven’t tackled it. There’s just too much to do.” At least sending the invitations out is an important job done.