Kanye West is a popular rapper, but he’s also known for sometimes making controversial statements. Not only do some of the words that come out of his mouth affect his fans, but also his loved ones. For example, Kim Kardashian cried over West’s slavery remark. "Did I cry about it? Did I fight about it? Yeah," she told Entertainment Tonight Monday at the 2018 CFDA Fashion Awards, where she accepted the first Influencer Award. While also speaking with Extra at Monday’s fashion awards, Kardashian dived a bit deeper and said not only did she let out "screams", but that she "wasn’t so calm" about it at first.

In May, West sat down with TMZ, where he called slavery a "choice". His full comment was as follows: "When you hear about slavery for 400 years … For 400 years? That sounds like a choice." He also said, "You were there for 400 years and it was all of y’all? It’s like we’re meant to be in prison. I like the word ‘prison’ because slavery goes too direct to the idea of blacks…Prison is something that unites us as one race."

He caused a major stir and most people couldn’t believe he would utter such words. Even TMZ staffer Van Lathan called West out for making the comment. "I actually don’t think you’re thinking anything," Lathan said. He also said to West:

West apologized to Lathan for "hurt[ing] you with my words." However, the Yeezy fashion designer later defended his remarks on Twitter (the tweet has since been deleted) by posting, "The reason why I brought up the 400 years point is because we can’t be mentally imprisoned for another 400 years. We need free thought now. Even the statement was an example of free thought It was just an idea."

As much as West’s comment about slavery didn’t fly with Kardashian in the beginning, she has seemed to move past it and doesn’t believe her husband meant harm by it. "I know what he meant so ultimately, after a week, I was calm… I think he explained it well in the song," she told Extra, while also referring to West’s new song, "Wouldn’t Leave".

In one of his newest tracks featured on his album YE, the 40-year-old musician explains Kardashian’s reaction, where he echoes what she told both ET and Extra. He even says in the song he told her to leave him. He raps: 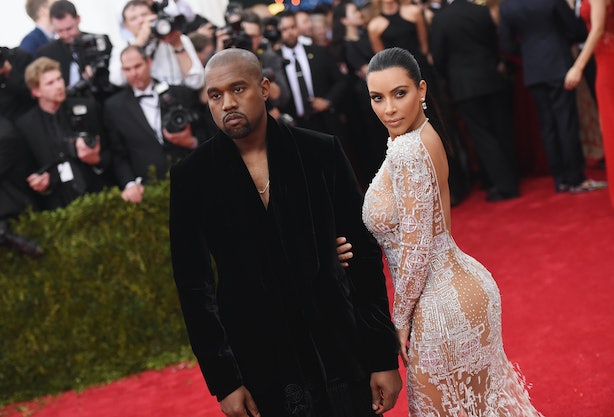 The Keeping Up With the Kardashians star told Extra she was emotional when she first heard the song. "I cried because it is a lot of what we went through," she said. The reality star also told ET the song "meant a lot" to her.

Kardashian and West seem to be good now, as she told Extra, "I know my husband has the best intentions. He has the biggest heart." Kardashian later said, "I know his heart, so I know he’ll always have that chance to explain himself when the time is right."

Despite her being upset initially, Kardashian continues to have her husband’s back and clearly loves him no matter what.