Knowing what she wants! Katie Thurston has been single since late last year, and she knows clearly what type of partner she would like to date next.

“[I want] someone who isn’t [intimidated] by my life or personality,” the former Bachelorette, 32, wrote during an Instagram Story Q&A on Friday, January 13. “I’m pretty independent so bonus points if I feel taken care of by him, that’s when my feminine energy shines.” 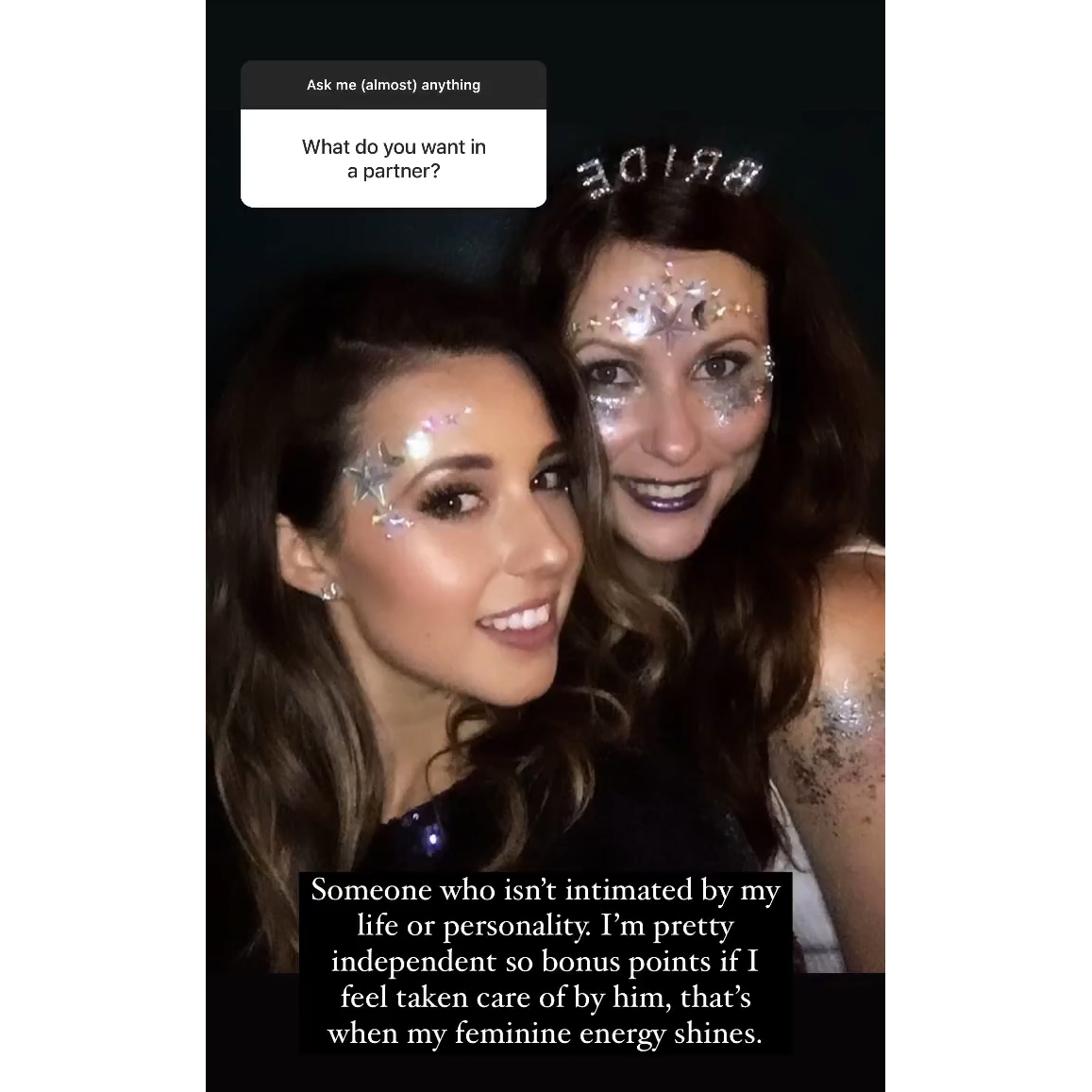 Thurston, who served as the lead of the Bachelorette season 17 in 2021, further played coy about her current relationship status. After another Instagram user asked if she was “dating,” the Washington native simply shared a selfie of herself shrugging.

The ABC personality’s romantic status made history earlier this month after she celebrated New Year’s Eve with Nick Uhlenhuth.

‘Bachelor’ and ‘Bachelorette’ Leads Who Dated Their Former Suitors Post-Split

“I used to hate having a birthday so close to the New Year but now I love it! It’s this full circle moment each year that marks a brand new chapter,”  Thurston wrote via Instagram on January 3, sharing a carousel of photos from her festive celebrations. “I’m excited to be 32 in 2023. In my gut, I just know, this is going to be one hell of a year and I’m so excited! 🥂 My 2023 mantra: Watch me 😎.”

In one of her snaps, Thurston and the 29-year-old Circle alum posed together for the camera. Neither reality TV alum has publicly addressed the nature of their relationship.

The former bank marketing manager’s love life first captivated the public’s attention when she was cast as a contestant on Matt James’ season of The Bachelor. After the 31-year-old former football player sent her home, she was tapped to lead The Bachelorette, which aired in 2021. After a rocky journey, Thurston ultimately accepted a proposal from Blake Moynes. The twosome split in October 2021, just three months after the finale aired.

The aspiring comedian then moved on with John Hersey, whom she sent home during the second week of her Bachelorette season. They dated for less than a year, calling it quits in June 2022.

“This decision was not made lightly, and it was obviously not an easy one to make,” the bartender, 29, said in an Instagram Story statement at the time. “I appreciate every one of you that has supported us throughout this journey. We could not (and would not) be here without you.”

Since the pair’s split, Thurston has prioritized her healing journey and self-growth.

“My thirties and being single have truly been my favorite. My only timeline is happiness and I do that well on my own,” she wrote on Friday, answering a question about “worrying” about the pressure to settle down by a certain age. “Timelines don’t exist. It’s your universe. Own it.”