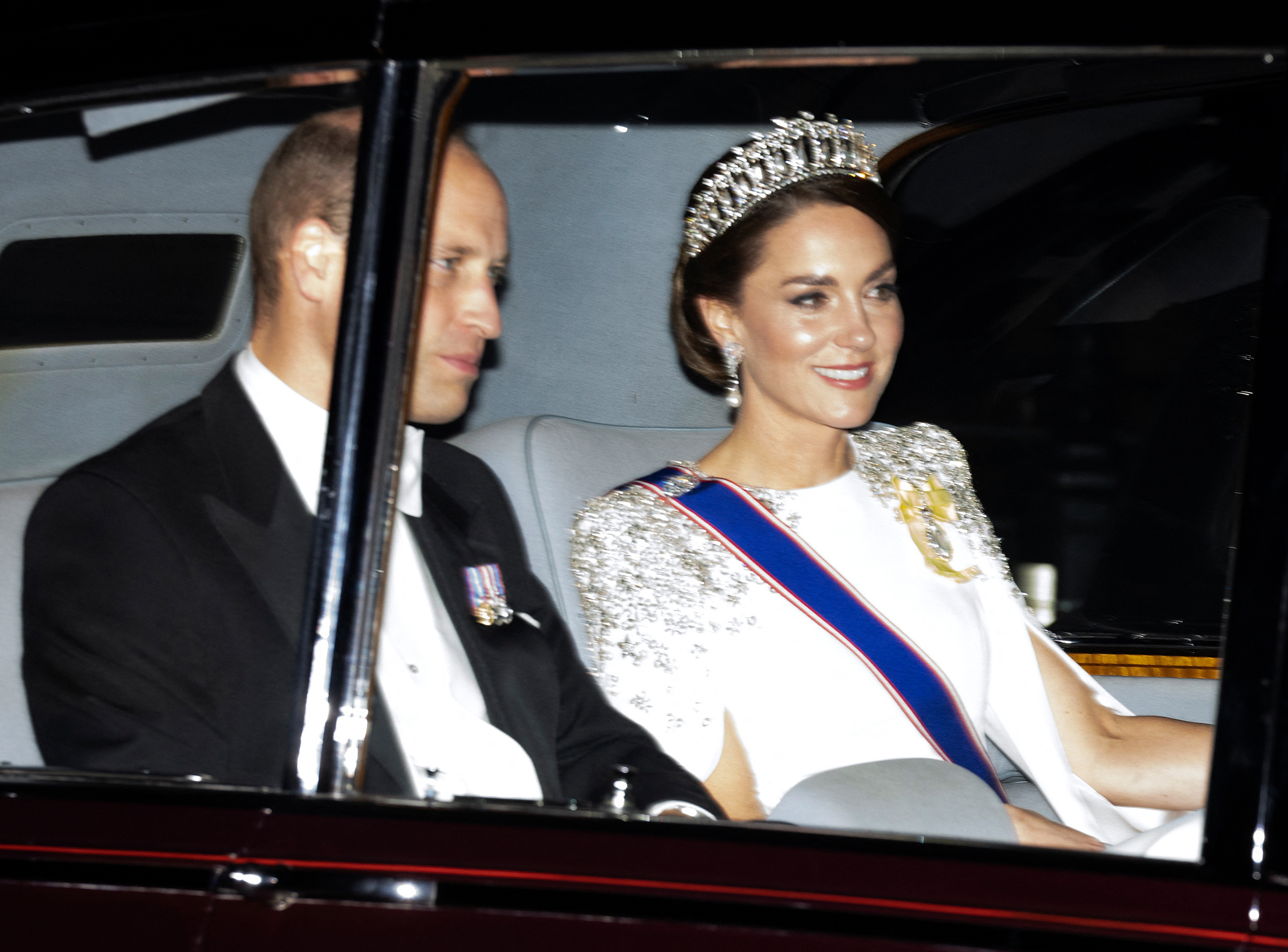 Princess Kate has stepped out in her favorite accessory once again. The British royal donned the Lover’s Knot Tiara during a state banquet at Buckingham Palace on Tuesday, November 22.

While Kate, 40, has previously worn the headpiece — which belonged to the late Princess Diana — Tuesday marked the first time she’s worn the jewel as the new Princess of Wales. The England native was given the title following the death of Queen Elizabeth II on September 8.

The beloved tiara was commissioned by Queen Mary and is at least 100 years old, per the Court Jeweller. For the palace celebration, the princess paired the sparkler with a crystal-covered gown by Jenny Packham.

The dress featured bell sleeves with slits at the center. She further honored her late mother-in-law, who died at age 36 in 1997 at age 36 in 1997, by wearing Diana’s diamond and South Sea Pearl earrings. The dangling gems were some of Diana’s favorites as she wore them on multiple occasions, including an event where she accepted a humanitarian award from Henry Kissinger in New York in 1995.

Kate completed her outfit with a bracelet that belonged to the late queen and the Royal Family order, as well as the Dame Grand Cross of the Royal Victorian Order star and sash.

She attended the gathering alongside her husband, Prince William, who looked dapper in a dark suit that was adorned with the medals for each of the three Jubilees that he participated in celebrating his grandmother’s historic reign.

The dinner was also a milestone for King Charles III, as it was his first as the British Monarch. The queen’s eldest son hosted the event, welcoming South Africa’s President Cyril Ramaphosa. (The last state banquet was held in 2019. At the time, Elizabeth was joined by then-President Donald Trump.)

Queen Consort Camilla was by her husband’s side and looked as regal as ever in a royal blue dress by Bruce Oldfield. She teamed the piece with Queen Elizabeth’s Belgian Sapphire Tiara, marking her first tiara sighting since Charles assumed the throne in September.

The tiara, along with a necklace and earrings, were a gift from Elizabeth’s father, King George VI, who gave them as a wedding present in 1947.

See Duchess Kate’s Most Stunning Fashion Moments of All Time

Camilla, 75, recently paid tribute to Her Majesty while speaking with guests during a royal reception on Thursday, November 17.

“I cannot begin without paying tribute to my dear mother-in-law, Her late Majesty, who is much in our thoughts today and who is so greatly missed by us all,” she said nearly two months after the royal matriarch’s funeral. “Throughout her remarkable reign, its vision to improve the lives and prospects of all Commonwealth citizens remained, as you know, very close to her heart.”