When two people get engaged, everyone will want to hear about it. And if Karlie Kloss’s Instagram Stories are any indication, sharing the big news is one of the best parts. Photos of Kloss sharing her engagement with family and friends will make fans so excited for what’s ahead for the supermodel and her fiancé, Joshua Kushner.

In a set of photos on Instagram Stories, Kloss shared windows into what it was like for her to show off her engagement ring to her mom, sisters, grandma, and friends. Those friends included Serena Williams, her childhood best friend Davis Petrash, and even Princess Beatrice of York. (The model might have caused a small bit of royal drama with that last one — she tagged what appears to be Beatrice’s private account in the photo, according to People.)

Everyone Kloss is FaceTiming in the screenshots looks delighted over the news. Petrash and Princess Beatrice have the perfect open-mouthed surprised faces, while Williams is absolutely beaming from ear to ear. Kloss and Kushner clearly have plenty of people who are thrilled to be celebrating in their union. If weddings are a time for family and friends to witness two people’s commitment to each other, it looks like these two will have a ton of support on the big day. 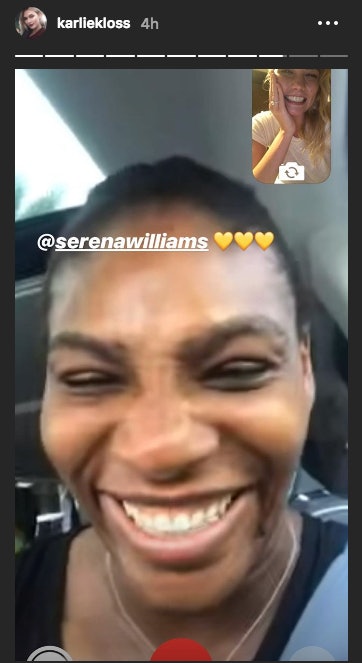 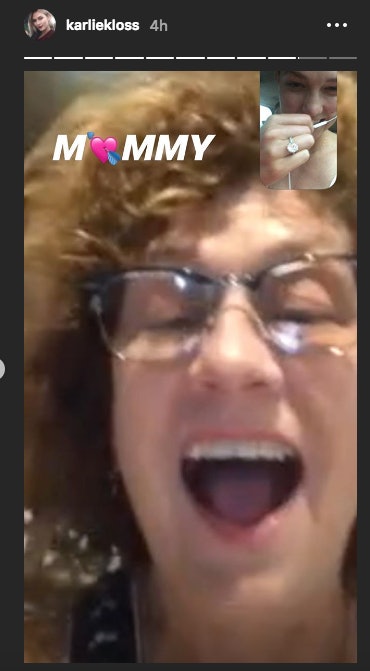 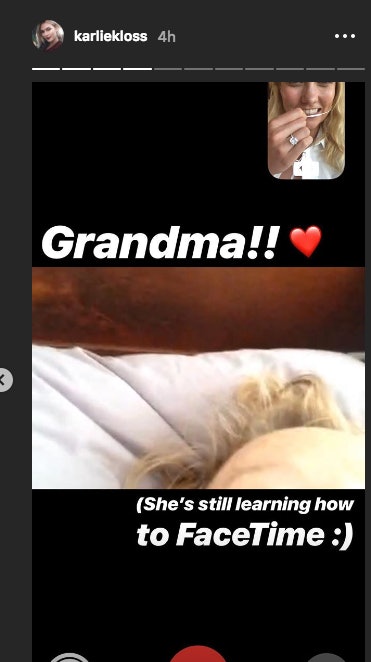 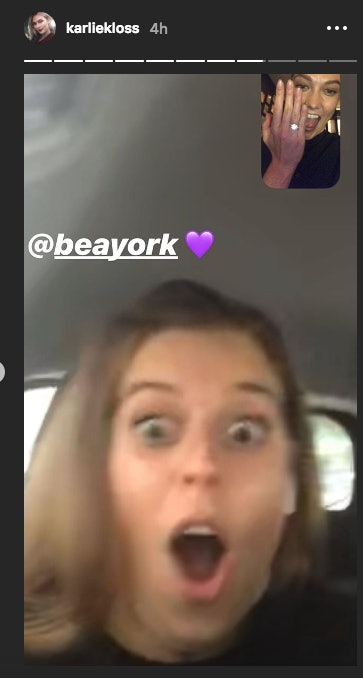 Ivanka Trump also congratulated Kloss and Kushner on their engagement. She and Kloss will be sisters in law after the wedding, since she’s married to Jared Kushner, Joshua’s brother. Ivanka wrote in her comment to Kloss that she’ll be "blessed to have you as a sister."

Kloss and Trump may not agree on many political issues — Kloss shared a hashtag supporting Hillary Clinton during the 2016 presidential election, and Joshua Kushner attended the Women’s March. But it looks like despite their differences, Trump is embracing her brother-in-law, and future sister-in-law, as part of the family, adding her name to the list of people thrilled about the engagement news.