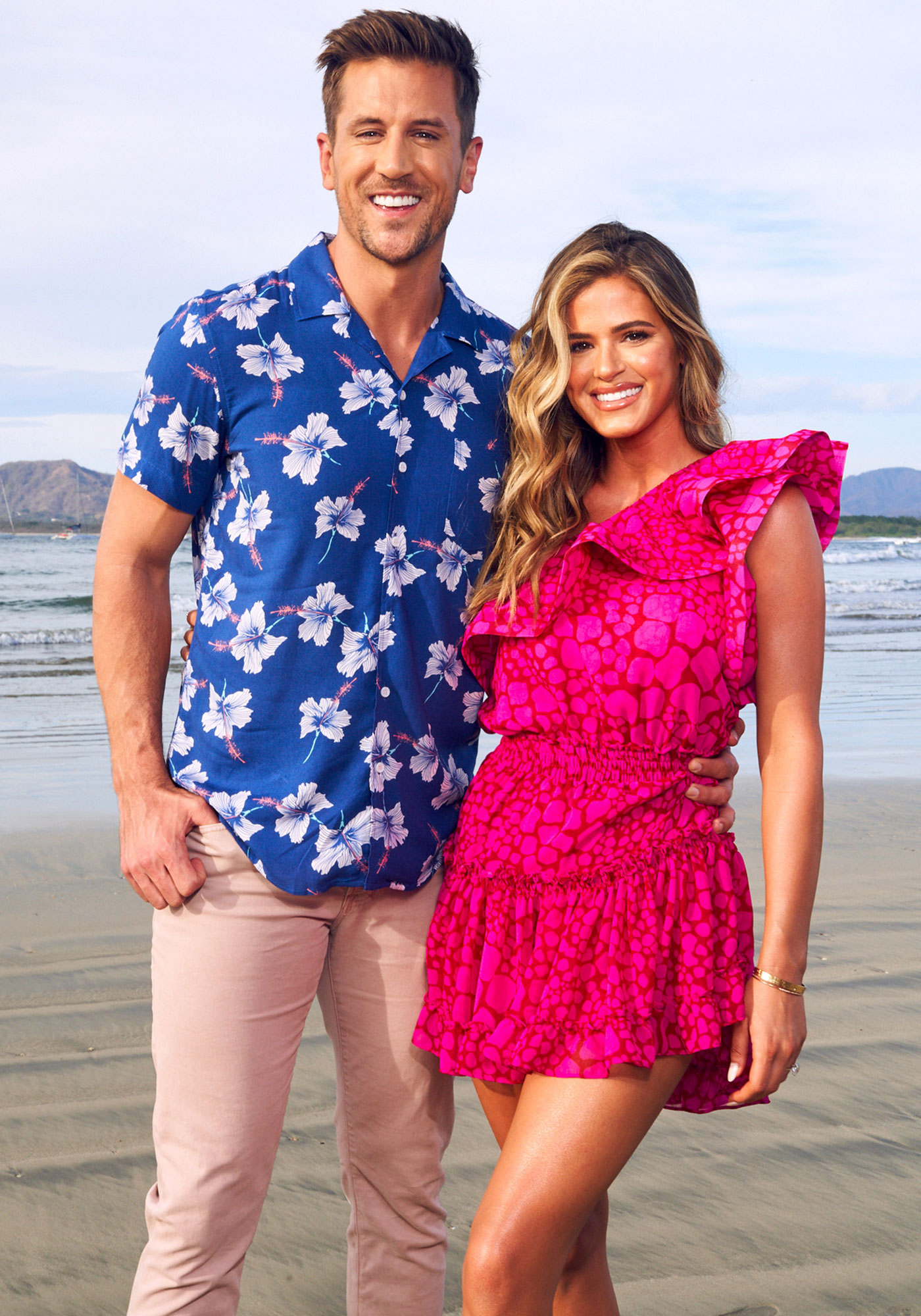 Over before it began. JoJo Fletcher and husband Jordan Rodgers‘ upcoming dating show, The Big D, has been pulled by TBS ahead of its summer premiere.

The 10-episode series, which was set to give divorcees a second chance at finding love, will no longer air as the network heads in a different direction. “We’re assessing our schedule to ensure we have the right content mix to support our network strategies,” a TBS spokesperson noted in a statement to Us Weekly on Friday, June 17. “We are grateful to JoJo Fletcher, Jordan Rodgers, and the executive producers of ‘Big D’ for their partnership through the process.”

Initially scheduled to premiere on July 7, The Big D followed 10 divorced couples as they “move into a tropical villa in Costa Rica to re-learn how to date and search for love amongst a group of other single divorcees – including their ex.” Contestants were given a series of “revealing relationship EX-ercises designed to help the singles form connections, make peace with their former partners, and finally get over the issues holding them back from dating,” per the synopsis.

After completing the challenges, one participant was eliminated if they proved not to be relationship ready. “Jealous exes may try to send their rival home or perhaps even defend their exes’ honor – the possibilities are endless,” the log line read.

Despite the series’ early end, both Fletcher, 31, and Rodgers, 33, still list cohosting The Big D among their many accomplishments in their respective Instagram bios.

The couple, who tied the knot in May after postponing several times, met on season 12 of The Bachelorette in 2016. Rodgers proposed to the Texas native during the finale episode, getting down on one knee for a second time three years later.

“Our first engagement was so real, and meant so much to us both, but as we start to actually plan our wedding for next year I wanted to do it all over again, OUR WAY,” the sports broadcaster explained via Instagram in August 2019 alongside video footage of his bonus proposal. “So I bought a new ring, made a plan (that almost fell apart multiple times), and got down on one knee all over again.”

The twosome were forced to press pause on their ceremony multiple times amid the coronavirus health crisis, finally exchanging vows at Sunstone Winery in Santa Ynez, California, earlier this year. Ahead of the big day, Fletcher exclusively told Us about the long road to the altar.

“It’s been such a long time coming that, like, getting through the ceremony and walking into the reception to party and have fun with our friends, we’re so excited,” she gushed in April. “We can let our hair down and just be like, ‘We did it! You guys, like, we made it here. We’re doing it.’”

Pandemic delays weren’t the only challenge the duo faced. In May 2019, the Bachelor alum opened up about how a rough patch in the pair’s relationship made them even stronger. “We’re in the best place ever, let me tell you,” she exclusively told Us at the time. “We’ve been very open about our first year being tough — it wasn’t the easiest. We had definitely some rocky, rocky moments, but those were growing years. And so, we are at the best stage we’ve ever been in our relationship. Life just keeps getting better, you fall more in love. That sounds cheesy, but it’s true.”

Before The Big D, the couple cohosted their own home renovation-style series, Cash Pad, on CNBC.