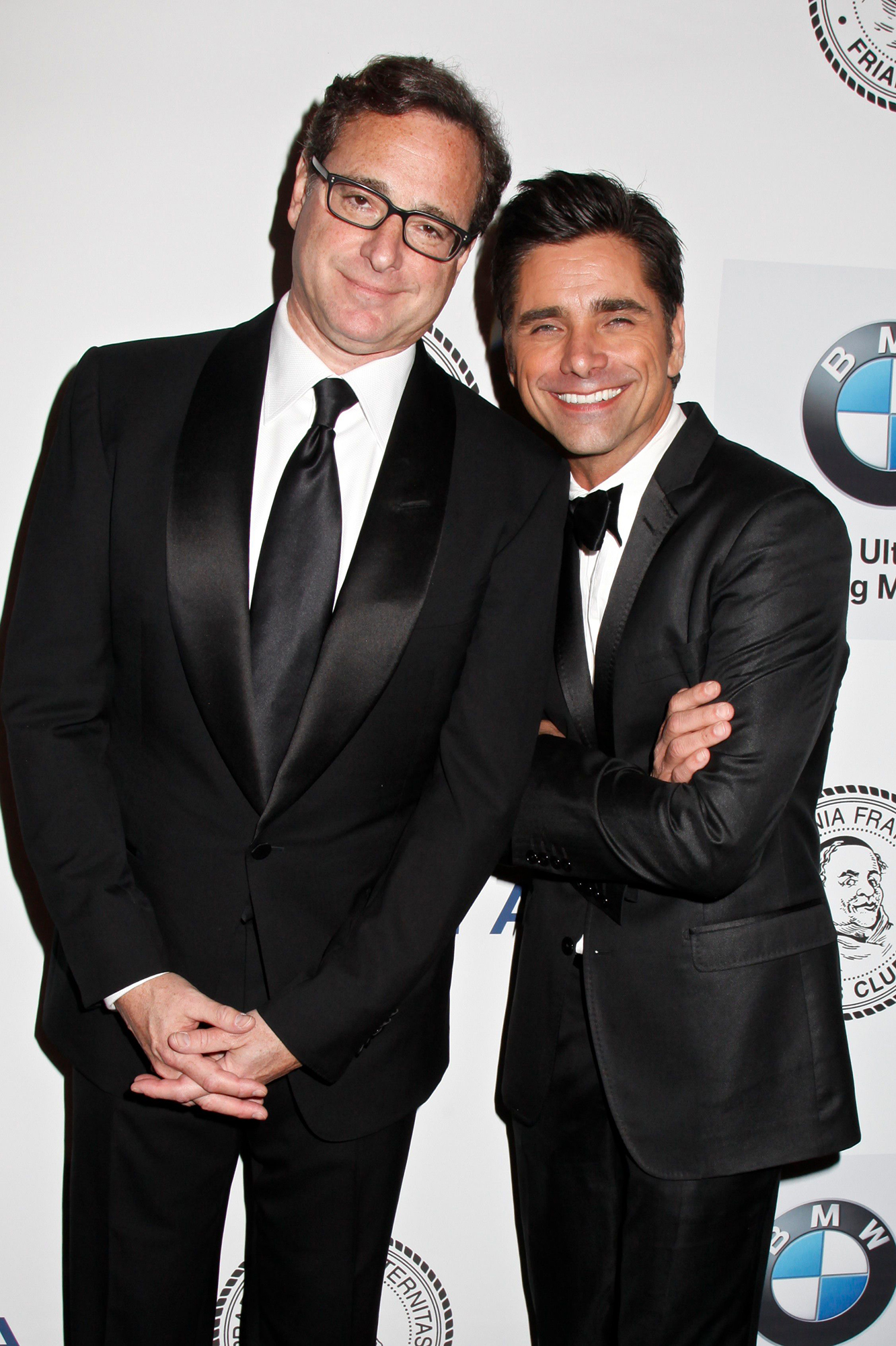 One final joke for the road. As John Stamos continues to grieve the loss of Full House costar and friend Bob Saget, he noticed his late friend left one final NSFW joke.

‘My Brother!’ Inside Bob Saget and John Stamos’ Decades-Long Bond

“Even in death, he found a way to get one last d—k joke in! My guardian angel with the dirtiest mouth and a heart as big and benevolent as forever,” Stamos, 58, wrote via Instagram on Friday, January 21, alongside a screenshot from a CNN broadcast that discussed Saget’s death.

While the anchors appeared on one side of the television screen, a stock image of the Raising Dad alum was placed on the other. In the photo, Saget stood in front of a sign for NBC’s Peacock streaming platform. However, his head blocked out the “e” and “a” letters, leaving an expletive word in its place.

“There’s your sign!! 😍,” twins Fox and Dash Messitt, who played Tommy Fuller on Fuller House, commented via their joint account. Fellow costar Jodie Sweetin also noted, “He’s SO proud of that one. 😂😂😂”

Hours earlier on Friday, the Grandfathered alum — who served as a pallbearer during Saget’s funeral — shared the emotional eulogy he wrote for his beloved pal.

“My Bob. I’m not ready to accept that he’s gone. I’m not going to say goodbye yet,” Stamos said in his speech, which was later published by The Los Angeles Times. “I imagine him out there, still on the road, doing what he loves with all his heart and humor. He’s standing on stage, killing! Another two-hour set in front of a couple hundred of the luckiest people on the planet. They’re laughing so hard they weep. And just when they catch their breath, he grabs his guitar and slays them with one of his musical closers. There’s an encore, and another, and another. Everyone here wants an encore with Bob.”

Stamos also incorporated a special nod to Pennsylvania native’s raunchy sense of humor and his widow, Kelly Rizzo, in his speech: “Personally, I hope to die after a beautiful night of lovemaking with my wife [Caitlin McHugh], but I’m glad Bob didn’t go that way. As I said, I rather he dies after doing what he did best. (Sorry, Kelly.)”

‘Full House’ Cast’s Quotes About Bob Saget Through the Years: ‘My Nemo’

The Dirty Daddy author died on January 9 at age 65 and was laid to rest in a private funeral service one week later. Stamos attended the memorial alongside costars Dave Coulier, Candace Cameron Bure, Lori Loughlin, and the 40-year-old UnSweetined author.

“I am broken,” the former soap star tweeted shortly after news of Saget’s death broke. “I am gutted. I am in complete and utter shock. I will never have another friend like him. I love you so much Bobby.”