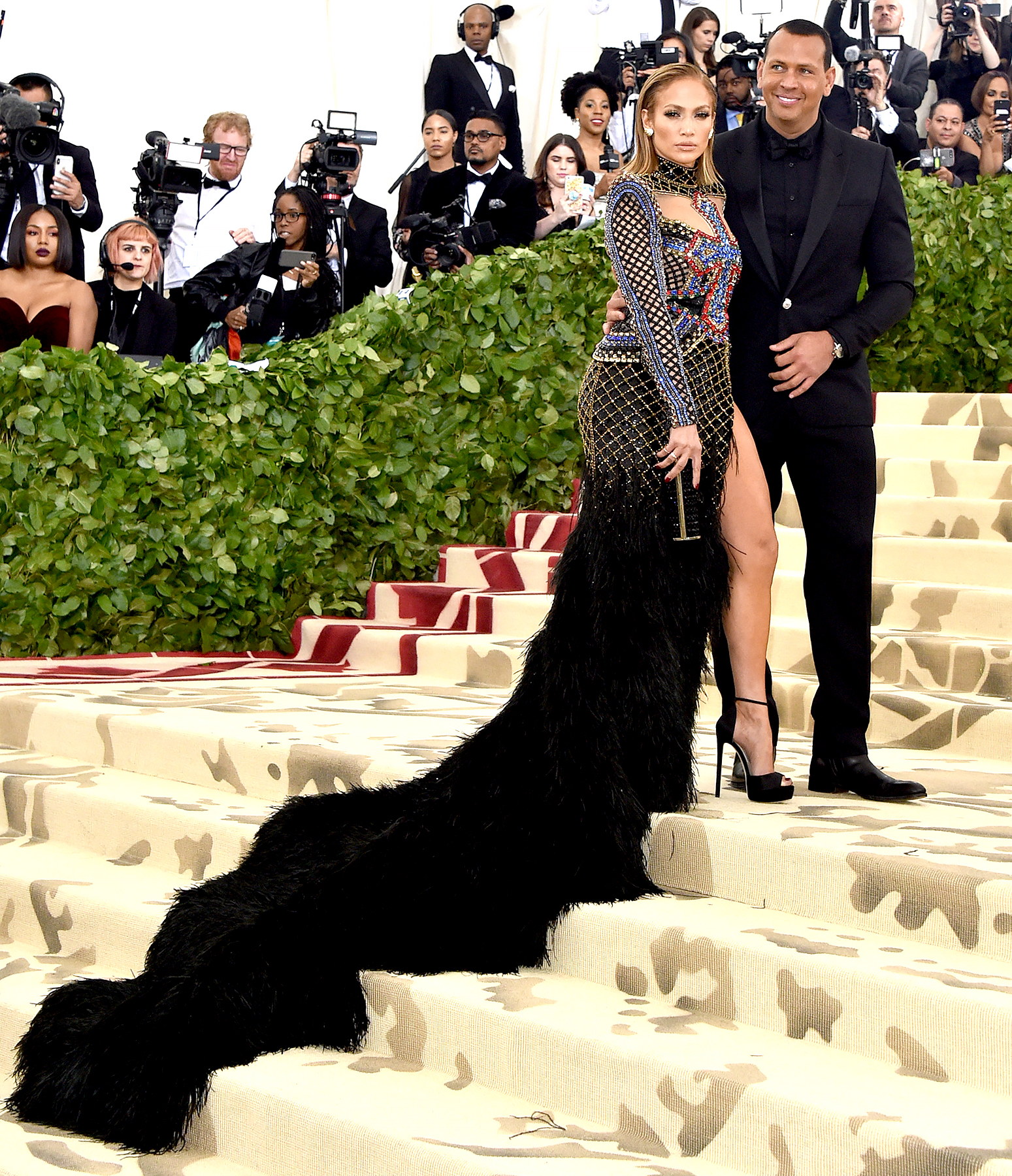 They’re back! Jennifer Lopez and boyfriend Alex Rodriguez were the definition of couple goals when they hit the red carpet hand in hand at the 2018 Met Gala on Monday, May 7.

Lopez, 48, stunned in an embroidered Balmain black dress with a red and blue cross on her chest and sported a short slicked-back hairstyle. Rodriguez, 42, stood by her side wearing an all-black tuxedo. The pair were following the “Heavenly Bodies: Fashion and the Catholic Imagination” theme for the event.

“I love sharing all these special moments,” Lopez told E! on the red carpet about being there again with her beau.

The couple have been sharing photos of themselves in New York ahead of the event, which was held at the Metropolitan Museum of Art. The Shades of Blue star shared a photo to her Instagram Story on Sunday, May 6, leaning on her beau, and captioned it: “Him & I.”

Lopez and Rodriguez made their red carpet debut as a couple at the fashion event in 2017. The World of Dance judge wore a light blue Valentino gown with a cape and diamond hoop earrings, while the athlete wore a dark blue Tom Ford tuxedo. The pair went public with their relationship a month prior to the gala and started dating in February 2017.

“We had a great time that night. We had an amazing time,” Lopez later told the Today show about their night at the Met Gala. “We went in, we danced, it was awesome.”

She added: “One of the things I love is that he loves to dance. He dances all the important stuff for me. When the Spanish music comes on.”