Jennifer Lawrence was convinced she was going to die when a private plane she was on entered double-engine failure.

“My skeleton was all that was left in the seat,” she told Vanity Fair in her December cover story.

The Oscar-winning actress, who joked that flying private meant “I deserve to die,” was en route to New York City from her hometown of Louisville, Ky., in 2017 when they were told they had to attempt an emergency landing in Buffalo.

“We were all just going to die,” she said. “I started leaving little mental voicemails to my family, you know, ‘I’ve had a great life, I’m sorry.’”

The “Don’t Look Up” star, 31, was just one of two passengers on the plane — the other was the son of the doctor who delivered her and her two brothers.

“I just felt guilty,” Lawrence explained of why she apologized. “Everybody was going to be so bummed. And, oh, God, [my dog] Pippi was on my lap, that was the worst part. Here’s this little thing who didn’t ask to be a part of any of this.”

Upon seeing the runway filled with fire trucks and ambulances, the “Mother!” star, who is pregnant with her first child with husband Cooke Maroney, turned to a higher power.

“I started praying. Not to the specific God I grew up with, because he was terrifying and a very judgmental guy,” she recalled. “But I thought, Oh, my God, maybe we’ll survive this? I’ll be a burn victim, this will be painful, but maybe we’ll live. 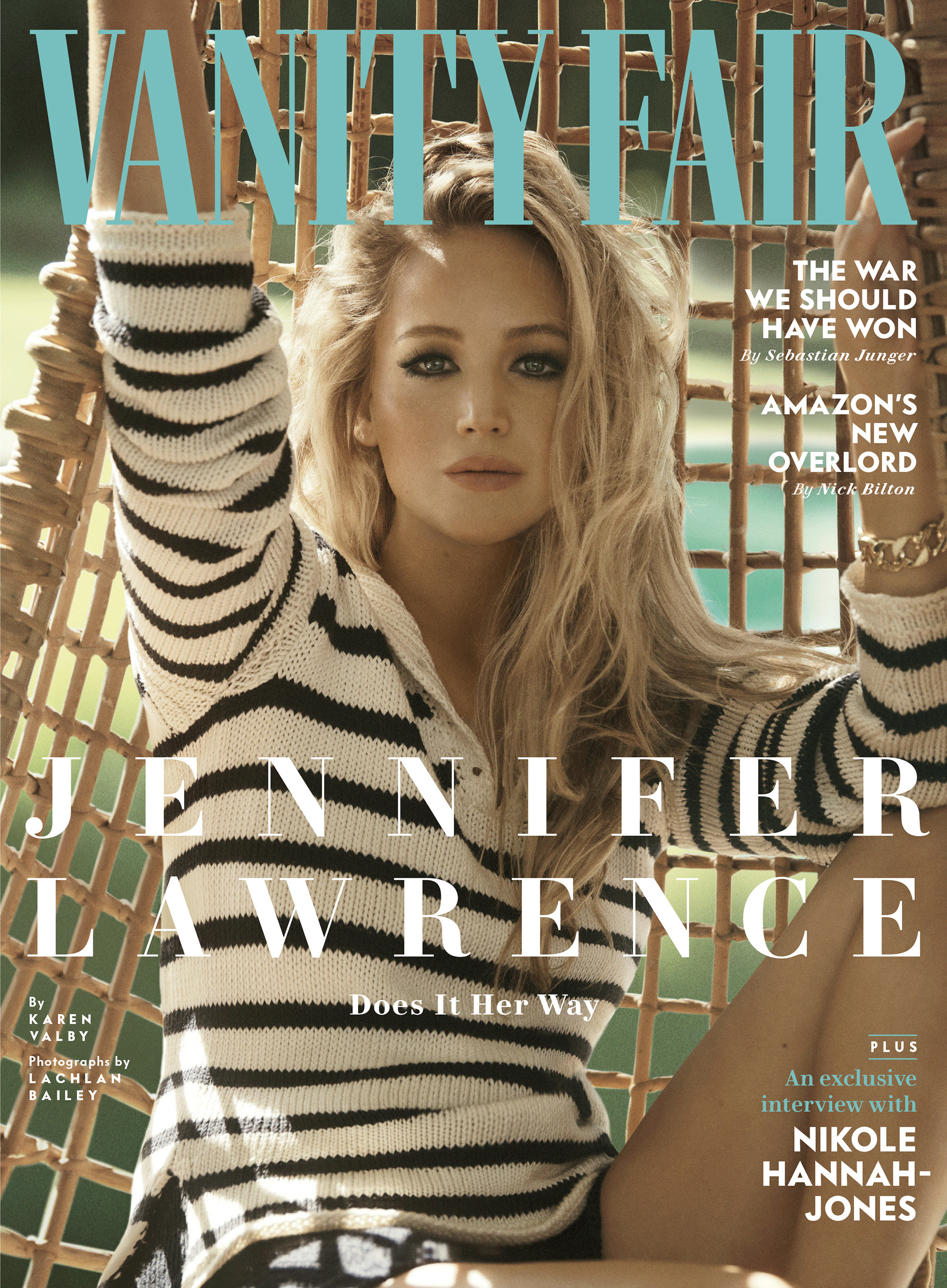 “‘Please, Lord Jesus, let me keep my hair. Wrap me in your hair-loving arms. Please don’t let me go bald,’” she joked.

The jet hit the runway, bounced up and hit the runway again before coming to a halt. Rescue crews broke open the jet’s door and removed everyone unscathed, but Lawrence then had to board another plane “anesthetized thanks to a very large pill and several mini bottles of rum,” the publication noted.

“It made me a lot weaker,” she said of the old adage “what doesn’t kill you makes you stronger.”

“Flying is horrific and I have to do it all the time.”