Perhaps James Packer’s been a secret progressive this whole time. CBD can reveal the billionaire has donated $250,000 to the campaign to free Julian Assange from prison and bring him home to Australia.

The whistleblower and WikiLeaks founder has been incarcerated in London’s Belmarsh prison since 2019, while he fights efforts to extradite him to the United States where he faces espionage charges that could see him jailed for 175 years.

“Of course I support Julian Assange. What has happened to him is outrageous,” Packer said. “A lot of fine people who I am privileged to know are working around the clock for his freedom. I will continue to support him. Whatever it takes.” 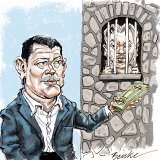 After his exit from Crown Resorts, Packer is now on a mission to “rehabilitate his reputation” (his words) – which seemingly involves splashing out on causes close to his heart.

In the past, that’s included issues like bringing down the monarchy – he famously gave $250,000 to the Australian Republic Movement in 2016. And now, it seems, freeing Assange, whose lengthy imprisonment has drawn sympathy from all sides of politics, and calls for Prime Minister Anthony Albanese to intervene.

A friend of Packer’s who’s seen his generosity in action told CBD the donation was “fantastic”.

“James has had something of a mid-life blossoming in terms of supporting great and progressive causes, and when someone of his heft puts his weight behind it, it makes all the difference to making actual progress.

“Being a billionaire means a lot of people automatically think you have no heart. James has always had one,” the friend said.

The Australian Medical Association took a break from demanding more COVID restrictions to hold their in-person national conference in Sydney over the last few days, including a swanky gala dinner at the International Convention Centre. At least delegates were (mostly) masked up!

But on Sunday, the real politics got under way, with a vote to succeed Omar Khorshid as president. Former Royal Australian and New Zealand College of Obstetricians and Gynaecologists’ president Steve Robson won out, beating out Victorian president Roderick McRae and Brisbane obstetrician Gino Pecoraro. 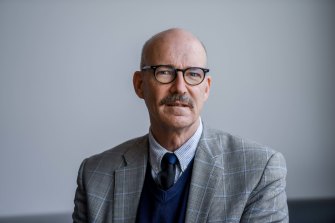 McRae, who famously called for COVID-deniers and anti-vaxxers to opt out of the public health system and let nature run its course, has led an at times rebellious Victorian branch, an experience that likely drove some votes into the Robson camp.

PATIENCE IS A VIRTUE

So, way back in August 2020, one of our reporters decided to find out if its world leader, Sydney-based Bruce Hales had found a similarly sympathetic prime ministerial ear in Scott Morrison.

After a few months of standard throat-clearing by the Prime Minister’s Office, our freedom-of-information request was rejected on the grounds that it would take so long to complete it would interfere with the functioning of the PM’s office, so we appealed to the Information Commissioner.

So many similar rejections were being appealed, they told us, that our request could take up to 12 months to be considered. 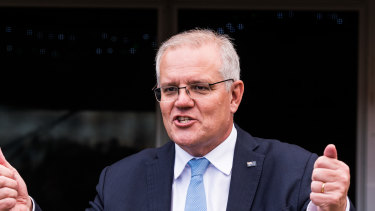 Fourteen months later another rejection letter arrived. We appealed again. By now it was April 2022 and the following month Morrison vacated the office. Last week we got an apologetic little note from the Information Commissioner.

Almost two years after it was lodged, our little FOI request was passed to the office of Anthony Albanese, on the Buckley’s chance he might have access to Morrison’s old diaries.

So how many ancient, bearded, mouldy old FOI requests has this happened to? Bizarrely, the answer to that question came quickly: There are 37 matters caught in this bind and 22 of them, like ours, are more than 12 months old – 60 per cent of the total.

Avoiding transparency is a snip. You just have to wait long enough.

Age journalist Sumeyya Ilanbey received the first advanced copy of her book Daniel Andrews over the weekend, which has been rudely accused of being a hit piece before it’s even hit the shelves. 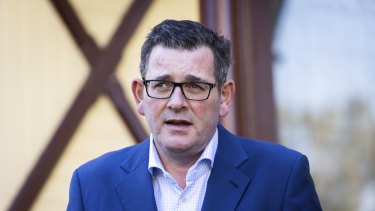 Victorian Premier Daniel Andrews wanted nothing to do with a book written about him.Credit:Paul Jeffers

After many testy exchanges with Ilanbey during the pandemic pressers, the premier wanted no involvement with the book. He denied multiple requests for an interview, as did his sister Cynthia Andrews.

The premier even blocked requests to use photos already on public record, like Andrews at his high school formal or with his father at the family cattle farm. It’s safe to say Andrews won’t be attending the launch event later this month.

But this isn’t the first attempt at chronicling the life of Andrews.

Controversial former Victorian Liberal Geoff Shaw wrote Unmasked, which was launched earlier this month at an event hosted by anti-vax group Reignite Democracy Australia and promoted by the who’s who of the fringe right – Malcolm Roberts, Gerard Rennick and George Christensen.

Unfortunately, Shaw didn’t hire a subeditor to glance over the event invite, which was littered with spelling mistakes, like “SPECIAL ADDITION” and “rouge” for “rogue”.

In other Spring Street news, reporters were told Opposition Leader Matthew Guy would front the press on Thursday morning out in the ’burbs.

But there was a last-minute change of plans after The Age’s front page scoop that Victorian Liberal candidate and anti-abortion activist Moira Deeming was rejected by the feds for being too high risk. 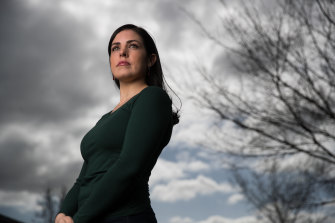 Instead, David Davis was fed to the media pack in the city, leaving a group of journalists lost in Tarneit.

Today’s news is yesterday’s fish wrapping, and the following day Guy was back on the media circuit spruiking a sport precinct in the west.

But who was missing in action this day? Deeming, despite the presser being held in her region. Guy doesn’t have candidates with him all the time, reporters were told, especially those from the upper house. Yeah, right.