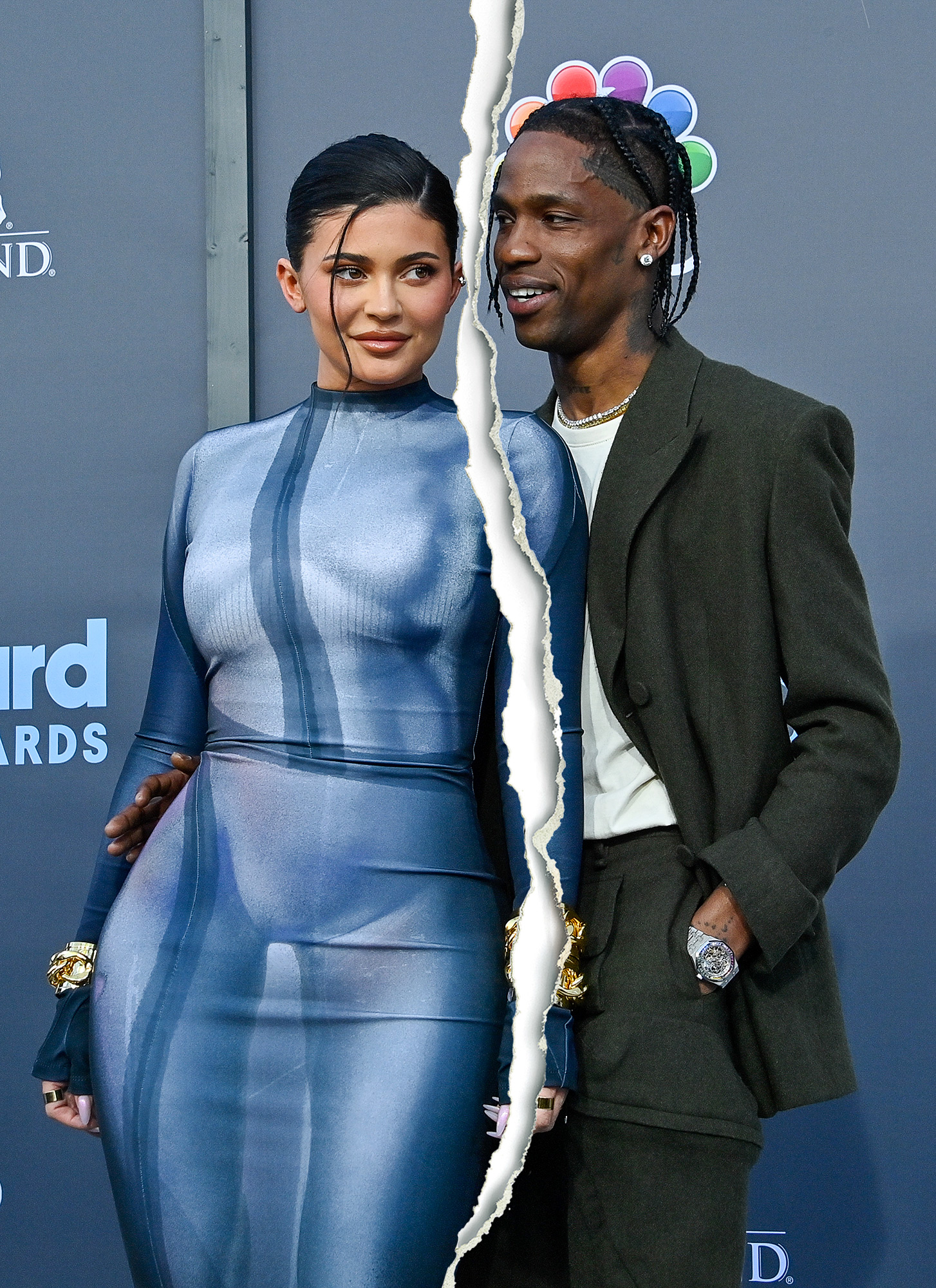 It’s over, again. Kylie Jenner and Travis Scott split after rekindling their romance in February 2020, a source exclusively tells Us Weekly.

“Kylie and Travis are off again, they were supposed to spend the holidays together, but she went to Aspen to be with her family and friends up there,” the insider says of the former couple. “This has happened so many times before, they’re known to be on again off again, but always remain friends and great coparents.”

News that the duo called it quits comes after Jenner, 25, took her and Scott’s 4-year-old daughter Stormi on a New Year’s getaway to Aspen, Colorado, with her friends Hailey Bieber, Justin Bieber and Stassie Karanikolaou. The Kylie Cosmetics founder shared a clip of herself and her little one sledding via her TikTok on Sunday, January 1. In the video, the California native can be heard saying, “We’re on a serious adventure right now.”

Before going their separate ways, Jenner supported the rapper, 31, during his December 2022 performance in Miami alongside 50 Cent for Wayne and Cynthia Boich’s gathering. At the time, the Kardashians star packed on the PDA with Scott before he took the stage.

The on-and-off-again couple welcomed their first child secretly in February 2018. The twosome publicly confirmed their romance less than a year prior, just a few weeks after Jenner and her ex, Tyga called it quits for good.

After two years together, Us confirmed that the reality star and the “Sicko Mode” performer were taking their first official break but would remain friends so they could amicably coparent Stormi.

Kardashian-Jenner Family: A Guide to the Fathers of Their Kids

“Kylie and Travis have been on and off at various times throughout their relationship,” a source explained to Us in October 2019. “Kylie still loves Travis and this isn’t considered a full breakup to either of them.”

Speculation that the duo might have reconciled sparked in May 2021 when Jenner was seen at one of Scott’s concerts. Three months later, Us confirmed that the Keeping Up With the Kardashians alum was expecting her second child with the “Highest in the Room” artist.

“Travis and Kylie have never been closer,” a source exclusively told Us the following month. “The baby has absolutely brought them even closer together. She is so happy for her family. Travis is beyond thrilled. They both have wanted this for a long time.”

Everything the Kardashian-Jenner Siblings Have Said About Coparenting

In February 2022, the parents welcomed their second child, a baby boy, whom they initially named Wolf. However, Jenner clarified they changed their child’s name and have yet to reveal the little one’s official moniker.

“We just really didn’t feel like it was him. Just wanted to share because I keep seeing Wolf everywhere,” the TV personality wrote via her Instagram Story at the time.