You might be familiar with the word gaslighting, but if you have occasionally wondered whether you’re absolutely clear what it means you are not alone: according to the Merriam-Webster dictionary, searches for the word’s definition were up 1,740 per cent this year, making gaslighting their word of 2022.

To save you adding to the surge, the dictionary defines gaslighting as the psychological manipulation of an individual and the verb comes from Gas Light, a play that was made into a film, about a man who tries to drive his wife mad by – among other things – dimming the gaslights and telling her she’s imagining it. That’s what gaslighting used to mean – behaviour in a relationship designed to undermine the other person’s grip on reality – but these days, we use it to describe any attempt to twist the facts to suit your own agenda. Here are some of the many ways you can gaslight someone in 2022: 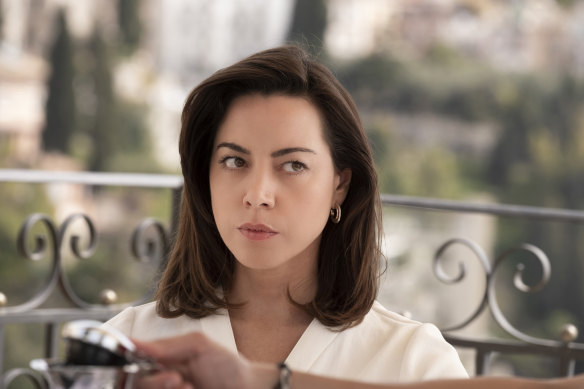 Harper in White Lotus accused her husband of gaslighting her over a night of partying.Credit:HBO

Not to make light of the toxic stuff but there’s low-level gaslighting going on in every marriage. You say: “I definitely told you.” He says: “No you didn’t.” You say: “Yes I did, you never listen.” Already you are beginning to doubt the truth of what you’re saying, but it’s gone too far for you to row back, so you dig in and just hope that he begins to doubt himself. That is the goal.

Similarly, when you go nuts at your husband for losing the car keys, then find them in your pocket and swiftly transfer them to the crack in the sofa, that’s gaslighting.

This is when your sister claims at breakfast the morning after a party that you ate the remains of the pie and although you’re pretty sure you didn’t (cold steak and kidney?) you start to feel bad because it is possible… and then you find the pie in the bin. By now, the evening has become a “doubt yourself” zone. Even the bits you clearly remember (quite coolly dancing to Running Up That Hill) are tainted.

You said you couldn’t do anything before Christmas. Did I? You said you don’t really like the Whatsits so we shouldn’t ask you out together. What? You said you hate musicals so we’re taking everyone to see one but not you. When did I ever say that? People dream stuff about you or they are gaslighting you because… they are psychotic?

Have you read the new Claire Keegan book? (Yes, I told you to read the new Claire Keegan.) We went with the Whatsits, so fun, do you know them? (Yes, we introduced you to the Whatsits, don’t you remember?) We are going to that place in February, you should come. (We are going and I’m sure I told you that in August, or am I losing my mind?) Nope. That’ll be just another form of gaslighting.

“Where did you get that top?” you say. “Um… Zara,” they say, when they mean Prada. You might think that this is harmless lying, but it is a form of gaslighting because it makes us feel just useless for never spotting the immaculate, really expensive-looking stuff in Zara.

Donald Trump is the godfather of political gaslighting and his peak moment, maybe the greatest gaslighting event of all time, was convincing a chunk of the American electorate that the election result was a lie. In the UK, Liz Truss was standing at a lectern outside Downing Street telling the nation that, although the economy had crashed and everything was going to pot, she was resigning because voters didn’t get her vision.

We used to call this Ideas Nicking. You have an idea, you share it and the person you share it with brings it up at the meeting as if it’s their own without so much as a shifty glance in your direction. Afterwards, they behave as if nothing untoward has happened. Pretty disturbing actually.