An Italian A&E doctor has revealed how hospital staff have been left like ‘walking ghosts’, after being forced to make life and death decisions about admitting patients during the coronavirus crisis.

Dr Francesca Mangiatordi, 46, from Cremona, Northern Italy is an A&E doctor who was followed working in an Italian intensive care unit for three months for the BBC Two documentary Italy’s Frontline: A Doctor’s Diary, which aired last night.

Filmed at the peak of the country’s COVID outbreak, the film showed Francesca working gruelling 12-hour shifts at Cremona Hospital, while all around her colleagues begin to succumb to the virus.

Because of a lack of  both oxygen tanks and hospital beds, she faced the task of prioritising which lives to try to save, and in one scene she decided to admit a 35-year-old man over an 85-year-old, due to a lack of beds.

Viewers were moved by the emotional documentary, with many insisting the film serves as a reminder of ‘why we’re staying home’ and that despite lockdown being eased, coronavirus is still a very real threat. 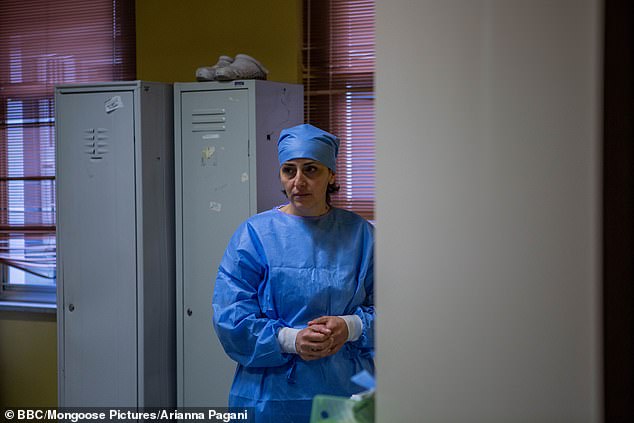 Dr Francesca Mangiatordi (pictured) , 46, from , Northern Italy is an A&E doctor worked in an Italian intensive care unit at Cremona at the peak of the coronavirus 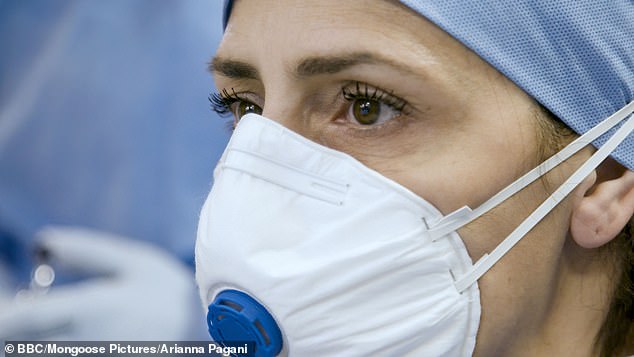 She was followed by a film crew for three months for BBC Two documentary Italy’s Frontline: A Doctor’s Diary

Dr Mangiatordi explained that staff are ‘fighting every moment’ against the virus, and said that many are ‘almost expressionless now’ after having to ‘choose the life of a younger person over an older one’.

Five weeks into the country’s peak, Francesca’s hospital unit was left with five of its original 11 doctors because so many were taken ill by the virus.

‘They’re like walking ghosts. I believe it’s an unfair battle. We have few weapons. The virus has them all. But with the few we have, we are trying to resist and fight back. 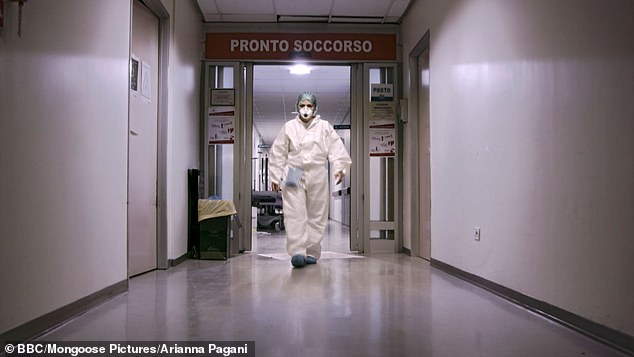 Dr Francesca, pictured, told that hospital staff were like ‘walking ghosts’ as they were forced to make life and death decisions about admitting patients 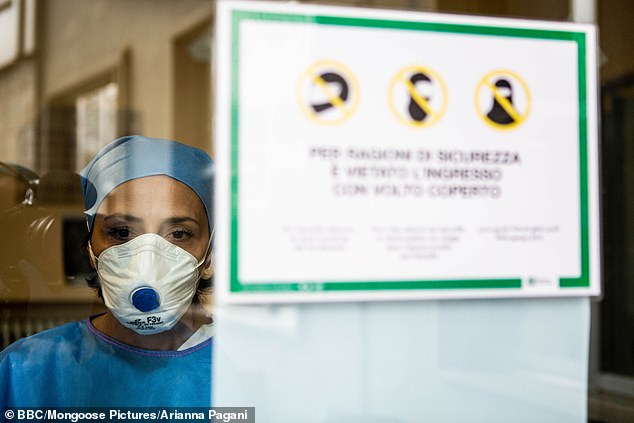 ‘When we started to admit Covid patients in the first week, I understood that as medical personal we are very fragile. We were always questioning each other, any of us could be next. ‘

At one point Dr Francesca phoned the Covid ward from A&E to ask how many beds, and was met with the simple answer ‘none’. Later, she was choosing to admit a young man over an elderly one, because he had a better chance of survival.

‘He’s 35-years-old, he’s young,’ said Francesca. ‘We’ll definitely have to admit him since it’s possible. Unfortunately, I’m going to have to choose whether to admit him or an 85-year-old.

When the interviewer asked, ‘Who will you choose?’, she said: ‘The 35-year-old’.

The documentary struck a chord with viewers, with one calling it a ‘must watch for all those who think that because lockdown is being eased that it’s OK to carry on as it was before, and ignore social distancing rules.’

Another agreed it was ‘such emotional viewing’, saying: ‘Even after all these months I still can’t quite believe what we are experiencing in healthcare, in families, and in society in general. We go forward with hope, never forgetting those left behind.’

A third said: ‘Not easy viewing. But important to watch, I feel. Reminds me of why we’re staying at home, only going out minimally and keeping two metres apart.’ 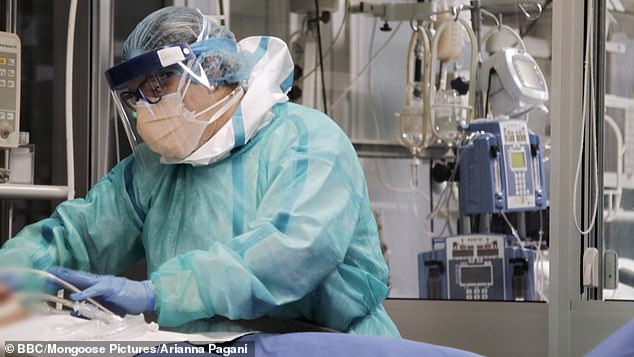 One of Francesca’s colleagues, Dr Laura Bocchi, tested positive for the virus and was forced to isolate in her bedroom , while her husband and young son lived apart from her, only touching each other through the glass door and eating meals on the floor.

A month into the outbreak, Dr Mangiatordi treated 18-year-old Mattia, who unexpectedly pulled through after rapidly deteriorating and being placed on a ventilator.

At one month into the peak, Francesca said it felt like an ‘eternity’ since the outbreak started, and described patients in need of oxygen as if they were ‘continuously drowning.’

She said: ‘A month has passed and it feels like an eternity, but it could just as easily be an hour, a day since it all started.

‘We were not prepared for the huge numbers of people who arrived. So many were needing oxygen, as though they were continuously drowning.’ 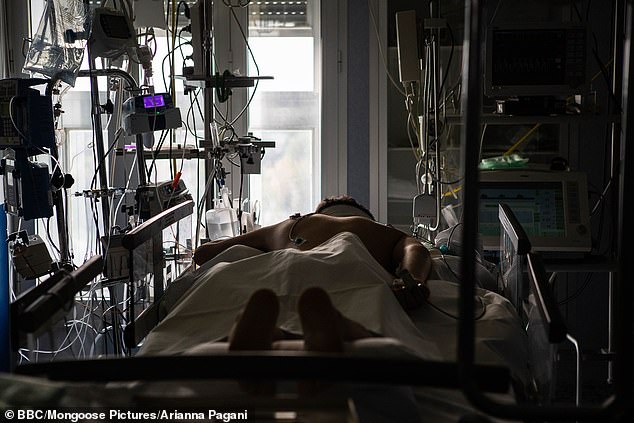 At one point in the documentary, the doctor recalled a moment when a crying woman lying on a stretcher in the hallway with 15 other patients asked what was going to happen to her.

She went on to say that the role of being a doctor ‘loses it’s meaning’ when she could not give any answers, admitting that there was ‘no dignity or humanity’ during the crisis.

She said: ‘A lady asked me, crying, what was going to happen to her. Why was she there on a stretcher in the hallway, with 15 others and only one toilet?

‘There is no dignity anymore, we’ve lost the sense of humanity. I don’t know what the aim is, of working in this way. And in the end, the role of a doctor loses it’s meaning. I can barely cry.

‘I don’t know how the patients can have such capacity, to stay there waiting for hours and hours. In some case days without knowing what their fate will be, and you really can’t give them the answer.’