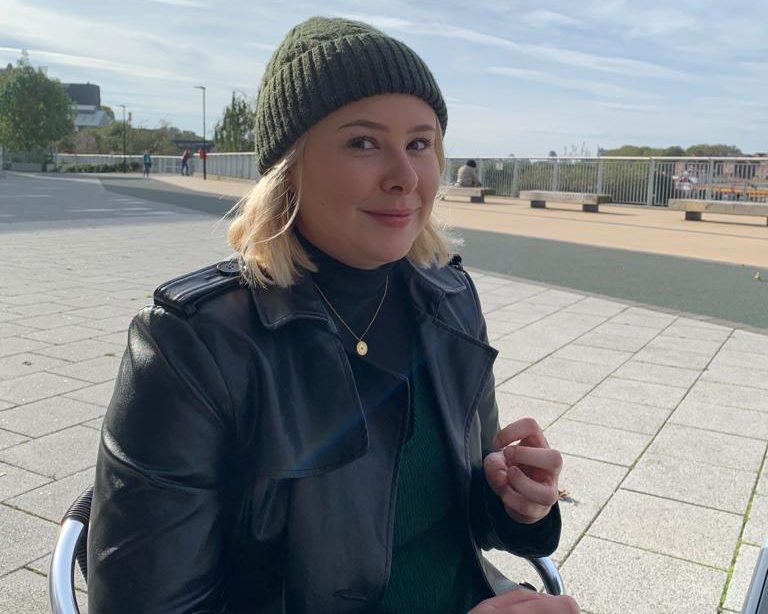 Growing up, I was never the ‘type’ of kid who you’d suspect of having ADHD.

First off, I’m female. Many people believe the neurobehavioural disorder only affects boys, who as a result are far more likely than girls to be diagnosed in childhood.

I was also shy and a good reader, not in keeping with stereotypes of the condition.

This is likely part of why it took until my late 20s to be diagnosed, being passed from pillar to post and having to fork out thousands of pounds to seek private advice.

Despite not connecting the dots myself until far later in life, I’d always felt somehow broken or different compared to my peers.

My mouth felt like it went faster than my brain, getting me in trouble with friends and teachers. I struggled with tasks that seemed perfectly doable to others, especially anything that required planning or organisation. Bosses pulled me up on lateness and forgetfulness, yet no amount of reminders or alarms could fix the problem.

Prescriptions for antidepressants and CBT followed, but I never felt like I got to the root of what was really going on. How could I somehow be immune to these provably effective interventions, still feeling worthless after a decade of trying not to?

That’s when a TikTok enlightened me to the different ways ADHD presents itself in women, often coinciding with (and potentially causing) other mental health issues.

Although I was wary of being seen as jumping on the ‘bandwagon’ of neurodivergency awareness, I couldn’t ignore how many similarities I was seeing.

This was all mid-pandemic, at a time when appointments were thin on the ground and we were being urged to protect the NHS. Having been through the whole 18-week-waiting-list rigmarole many a time, I opted to make use of a workplace health insurance scheme instead.

Things got off to a very bad start. The GP triaging me over Zoom dismissively asked me if I’d got good grades at school, saying it was ‘unlikely’ to be ADHD if I had. Not only was her attitude sneering and rude, it was disheartening to hear such misinformation from a medical professional.

She thankfully did refer me to a psychiatrist, who completed an ADHD assessment and concluded I had been living with the disorder undiagnosed.

It felt like a relief more than anything – maybe I hadn’t just been weird or clumsy or stupid all these years as I had convinced myself.

But that relief was tinged with worry. I’d already had to budget for two annual excess fees to the insurer as the ‘treatment window’ ended before my follow-up date. The psychiatrist visits themselves were free under the plan, but prescriptions had to be private until my NHS doctor approved a shared care agreement.

Trialling different medication doses meant each of these prescriptions came in at over £200, and communication delays between the private surgery and public services saw me waiting many months before I was able to be treated via the NHS.

The irony of having to use a credit card to reduce symptoms like impulsive overspending certainly wasn’t lost on me. And if I, someone with a steady, liveable wage and no dependents could barely afford this, what about those in less fortunate situations?

Adults with ADHD are more likely to experience substance abuse and addiction, be out of work or in low paid work, and experience relationship breakdown and comorbidities.

These are provable issues that could be addressed with holistic health interventions, but people are still facing a lack of resource and knowledge when they do seek help.

Just 6% of UK GPs have had ADHD-specific training, and many are relying on media for information about the disorder. Couple that with the stresses of the pandemic and years of real terms healthcare funding cuts, and it’s no wonder we’re seeing waiting lists of up to seven years just for an assessment.

Societal stigma appears to play a role here too. Patients report doctors claiming they ‘didn’t believe ADHD was a real issue’, and one study revealed further worrying attitudes among general practitioners, including that it’s ‘fashionable like dyslexia and all the rest’.

It’s these lazy clichés that made me reluctant to query potential ADHD in the first place, and presumably what prompted disdainful reactions when I did.

It certainly doesn’t feel fashionable when a pharmacist loudly implies that I’m drug seeking, nor does waiting for phone appointments and call backs that never come – especially with aforementioned executive dysfunction issues.

Looking past snide comments and slow-moving beauracracy, though, I’m still among the vast majority of people with ADHD who say being diagnosed improved their lives.

A colleague I hadn’t seen in a while recently told me I’d never looked happier. I cry less too, no longer paralysed by the weight of everyday responsibilities that once sent me into a spiral.

There was simply no need for that journey to be so hard, expensive, and long-winded.

I’m now at the juncture of saving up for psychodynamic therapy (an intensive technique that unpacks unhealthy patterns), something recommended as beneficial for managing symptoms but that also costs £70 a week.

The core principles of our health service stipulate that it should meet the needs of everyone, be free at the point of delivery, and be based on clinical need rather than ability to pay. This seems alien when looking at the experiences of neurodivergent people today.

It shouldn’t be the norm to go into debt to afford medicine, but that’s exactly what people with ADHD are having to do.

We need across-the-board healthcare staff training in psychological issues, as well as money set aside for ongoing support like talking therapy.

Without this, many will go through life never knowing why they do things differently to others, internalising shame and confusion just like I did.

I wasted so much time not understanding my own mind, and never want anyone else to feel that alone.