Ten years ago, on a drizzly Thursday evening during the much-loved Galway Film Fleadh, Element Pictures’ Ed Guiney and Andrew Lowe were standing outside of the Eyre Square Hotel when Guiney received an email with the initial pre-booking numbers for their upcoming title The Guard. The figures were, thankfully, “through the roof” and it marked a key turning point for the Irish production, distribution and (soon to be) exhibition outfit.

The Irish buddy cop comedy, starring Brendan Gleeson and written and directed by John Michael McDonagh took $7.4M in the UK and Ireland (and nearly $20M worldwide) making it the biggest independent Irish film at the time, a huge feat especially considering Ireland was going through an economic crash. The film, which had sold to Sony Pictures Classics in the U.S. after it wowed at Sundance earlier that year, earned Gleeson a Golden Globe nom and McDonagh a BAFTA nom.

“The Guard was a really important movie for us because we were very close to going bust had that not been a success,” Guiney tells Deadline. “Not only did we have our first proper commercial success both as producers and distributors – primarily distributors in that case – but it helped us make the argument to buy the Light House Cinema in Dublin and gave us an injection of cash and capital that allowed us to push forward and that was incredibly important.”

Indeed, the film marked the beginning of what has since seen Element produce a steady stream of critical and commercial film and television successes ranging from Oscar-winning titles such as Room and The Favourite to last year’s lockdown must-watch Normal People. 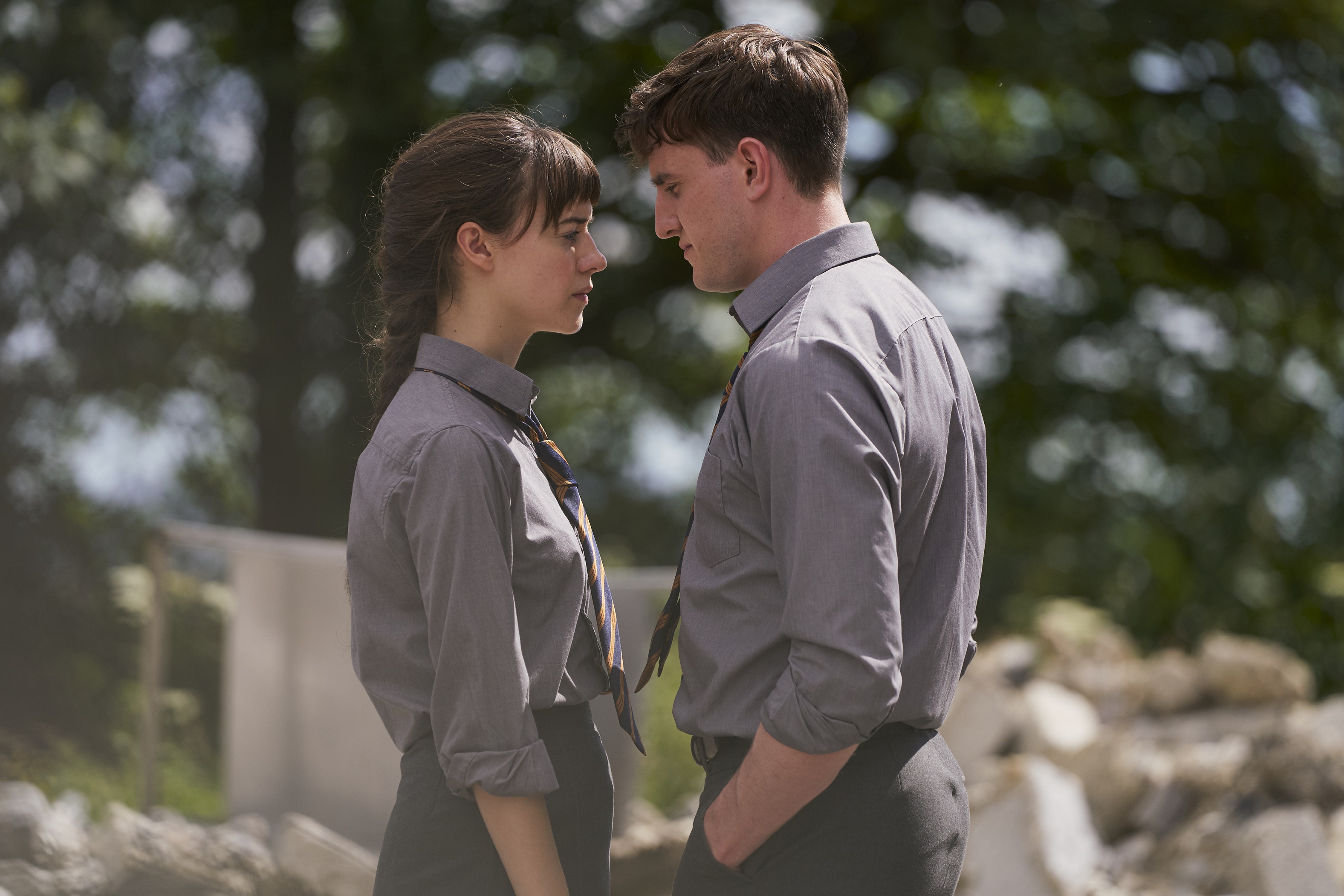 Currently in its 20th year, Guiney and Lowe have a reputation for building one of the most talent-friendly European businesses in the market. Yorgos Lanthimos, Lenny Abrahamson, Joanna Hogg, Sally Rooney and Sebastián Lelio are just some of the directors and writers that continue to work with them again and again and Element has forged strong ties with companies such as Fox Searchlight, BBC Films and Film4.

It has offices in Dublin, London and Belfast, runs an Irish distribution strand as well as the Light House Cinema in Dublin and Pálás Cinema in Galway. There are nearly 40 employees at the company, some of whom – producer Emma Norton, development producer Chelsea Morgan Hoffman and head of production Paula Heffernan – have been with the company since its infancy and are, say Guiney and Lowe, integral to the company’s success and its future.

While the Anglo-Irish outfit has come a long way in the last decade, the two execs insist that remaining true to their roots and building a company that invests in talent relationships is key to what makes Element so evergreen.

Lowe adds: “Making a film is such a tough thing to do and over time, you do gravitate towards people you know who you’ve had a good relationship with and a good experience with because it just makes everything so much easier and efficient next time.”

Guiney and Lowe first met as kids in Dublin before they both attended the Irish capital’s prestigious Trinity College (the same college that Normal People’s lead characters attend) and would frequently bump into each other at parties. Guiney had set up a filmmaking society with Abrahamson at college, producing shorts such as 3 Joes with a young Dominic West.

“Even when he was very young, it was clear Lenny was incredibly talented,” Guiney says.

Guiney continued to independently produce projects after university through his Temple Films banner while Lowe trained as a production accountant before a stint at the Irish Film Board. Soon, when the two found themselves both working on Gleeson starrer The Tale Of Sweety Barrett, they began to discuss joining forces before ultimately founding Element Pictures in 2001.

“The idea of teaming up and trying to be more efficient, more expansive and build a company rather than look to just get a job was appealing to both of us,” says Guiney.

The first years of the company, like many upstarts, were tough and, says Lowe, they were “promiscuous” with their relationships.

“We did a lot of production services and we chased down a lot of opportunities that were really about generating income and sustaining the company because we didn’t have any backers,” recalls Lowe. “We ended up making a couple of decisions that were, in hindsight, wrong. We produced some projects that we thought the market might want and it was just by difficult and expensive trial and error, that we learned that ultimately we were much better off focusing on talent we really believe in.” 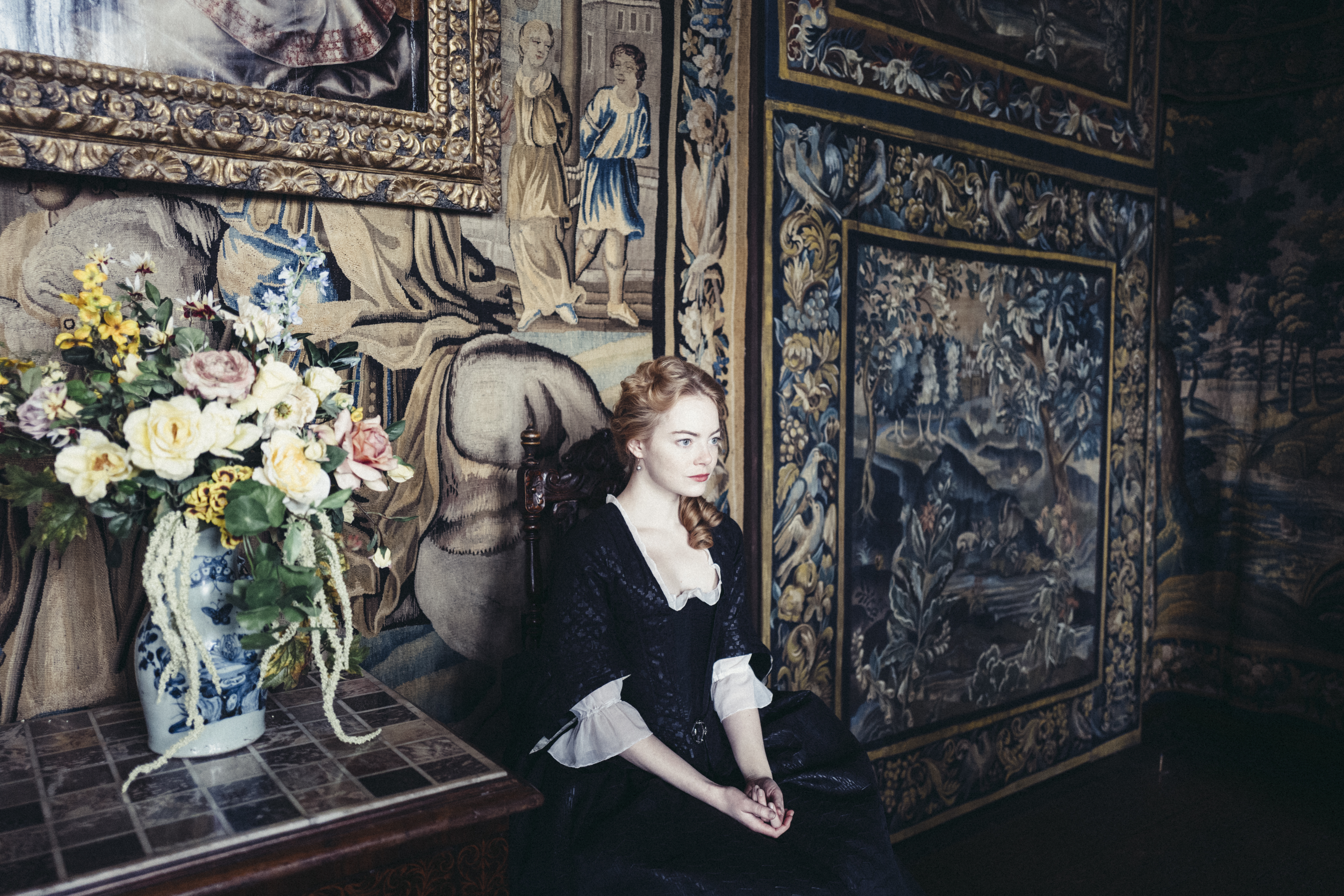 The duo also quickly realized that they needed international ambition and scale in order to make the business work and aimed to make English-language projects with key European talent at the helm. Co-productions became key to the company’s early strategy.

“Growing up in Ireland, you’re in such a small industry that you’re always very outward-looking in a sense,” says Guiney. “I think quite early on we realized that if we wanted to make a career in film and TV, then we had to look abroad. For us, it was always about finding people who are accessible to us and for whom we could make a difference. There’s no point chasing down a filmmaker who’s incredibly established and who has an amazing infrastructure around them.”

Element has since had a sharp eye for earmarking this talent, stemming from the college days with the Abrahamson. The company produced the director’s first feature Adam and Paul as well as his 2015 title Room,which earned four Oscar nominations, including Best Picture, and saw actress Brie Larson go on to win Best Actress. Abrahamson also directed half of the episodes for Normal People for Hulu and BBC Three and is set to helm another series from Irish author Rooney, Conversations With Friends.

After seeing Lanthimos’ feature Dogtooth in Cannes in 2009, Guiney and Lowe knew the burgeoning Greek helmer would be the perfect voice to direct their quirky Queen Anne black comedy The Favourite, which they had in development with producers Ceci Dempsey and Lee Magiday.

“He was just interested in doing something very different,” recalls Guiney. “We didn’t want to make a traditional period rendering or a heritage version. We wanted to do something that was more anarchic, punkier.”

Before that project got off the ground, Lanthimos directed The Lobster and The Killing Of A Sacred Deer, both with Element, the former being nominated for a Best Screenplay Academy Award. The Favourite, backed by Fox Searchlight and Film4, then went on to win Olivia Colman the Best Actress Oscar in addition to earning nine more nominations. The Element-Lanthimos union will continue with upcoming title Poor Things, starring Emma Stone, Mark Ruffalo and Willem Dafoe, another collaboration with Fox Searchlight and Film4.

“The Oscars have been such a roller coaster for us,” says Lowe. “The fact that we’ve had three different experiences at three different Academy Awards made us realize that we are part of this world, and we have the permission to be here. It’s not a fluke. It may never happen again, but there’s no reason why we can’t work with filmmakers who will enjoy that kind of success again.”

Last year, Element saw huge success in the television arena with Normal People, an adaptation of Rooney’s novel of the same name about two young lovers in Ireland who weave in and out of each other’s lives. The company was already developing Rooney’s Conversations With Friends with Rose Garnett at the BBC when they got the galleys for the Irish author’s next novel. There was intense competition for the rights, but ultimately Rooney thought Element and the BBC were the best home for it.

“One of the things Normal People did was it really confirmed our instincts that we should approach television in almost the same way as we approach film,” says Guiney. “It’s creator-driven and it’s about a vision. I think, for us, it was good to recognize that coming to television as film people is actually an advantage.” 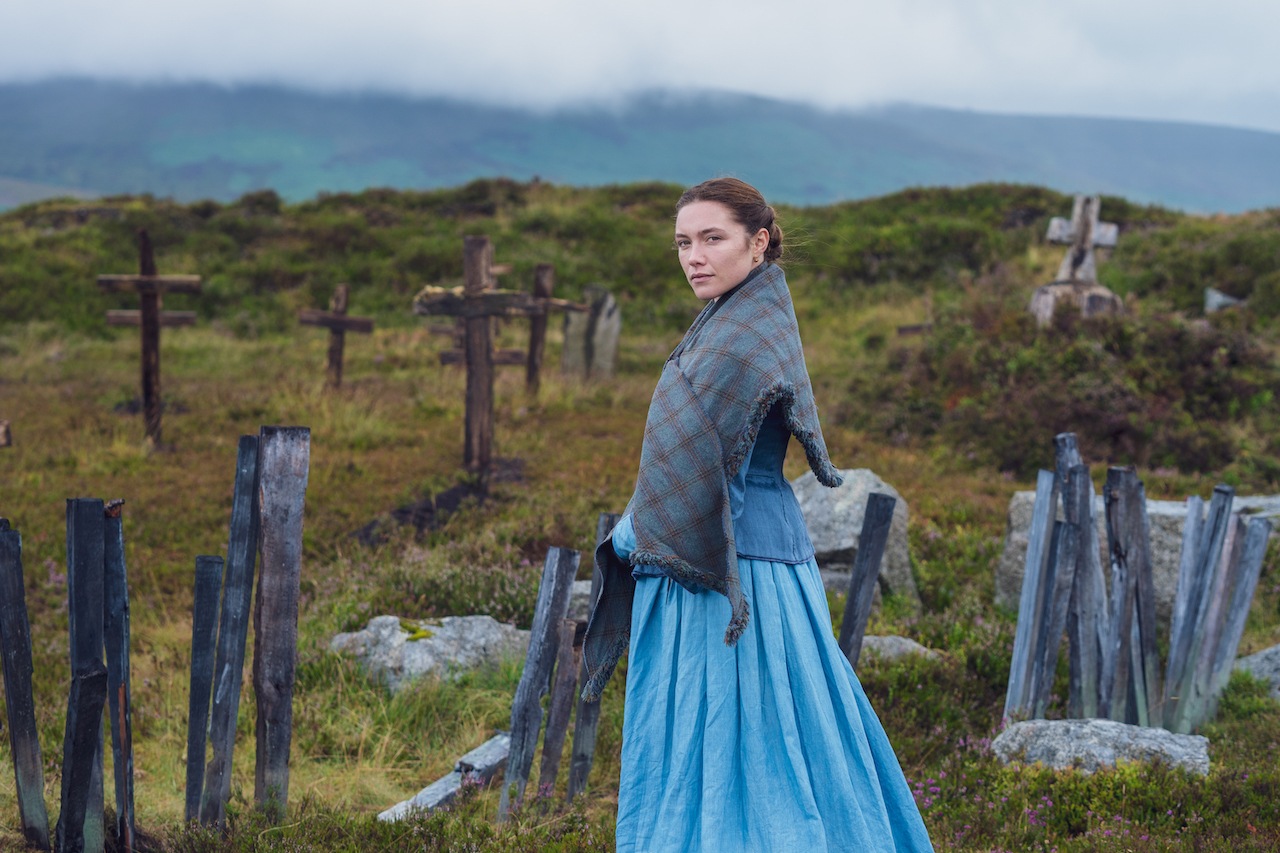 In addition to reuniting with Rooney for an upcoming television adaptation of Conversations With Friends with BBC Three and Hulu, which has Abrahamson at the helm again, Element is in the works on Nancy Harris’ comedy drama series The Dry with Britbox and ITV Studios and Shane Meadows’ period drama debut The Gallows Pole.

There’s also Stephen Williams’ historical biopic Chevalier, starring Kelvin Harrison Jr. with Fox Searchlight on the horizon along with Lelio’s The Wonder, starring Florence Pugh with Netflix. Upcoming releases include Hogg’s The Eternal Daughter and The Souvenir Part II,  both with BBC Films and A24 and exec produced by Martin Scorsese and last month saw the release of Phyllida Lloyd’s Herself.

While its production business continues to soar, its distribution and exhibition business has, like many others, felt the brunt of the pandemic and changing theatrical landscape. Due to Covid restrictions, its cinemas are still only permitted to operate at a 25% capacity.

“There’s been seismic changes in the industry and distribution and exhibition have been really challenging,” notes Lowe. “There’s no getting away from that. But I think it’s fair to say that we are optimistic about the future of the theatrical film business and that’s a global thing. For us, it feels like there will always be a demand for smart, adult-oriented drama.”

Guiney is also optimistic, pointing to the success of ambitious titles such as Parasite and The Favourite being indicative of a new phase of cinema.

“I am optimistic that we’re moving into a phase where we will see some really ambitious, auteur-driven movies that are hugely original and hugely spectacular and audacious,” he says. “And we’d really love to be a part of that too.”