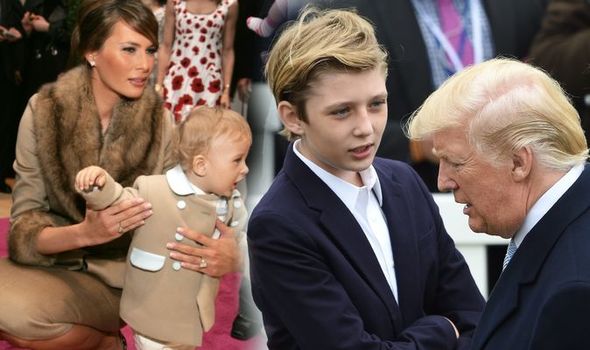 Donald Trump’s children are Ivanka Trump, Donald Trump Jr and Eric Trump, who he had with his first wife Ivanka Trump. He then went on to have daughter Tiffany Trump, with second wife actress Marla Maples, and finally Barron Trump with his third wife Melania Trump, 49.

Melania and Donald married in 2005 at the billionaire’s Palm Beach estate, Mar-a-Lago.

The couple lived in a huge New York apartment when they had Barron in 2006.

However, when Donald Trump became President the couple relocated to Washington D.C., to the White House.

While Donald Trump is a New Yorker, Melania Trump grew up in Slovenia.

Donald Trump has admitted to never changing a nappy. How do Melania and Donald work together as parents? 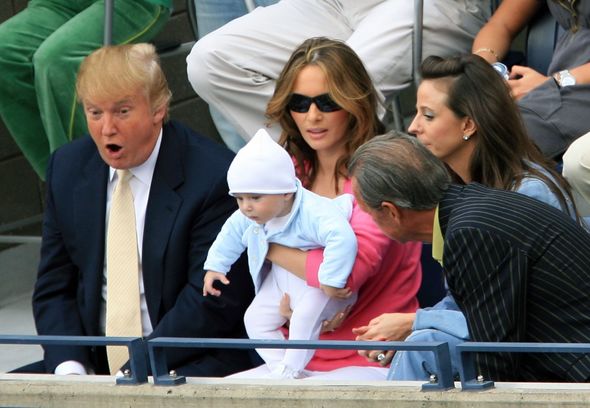 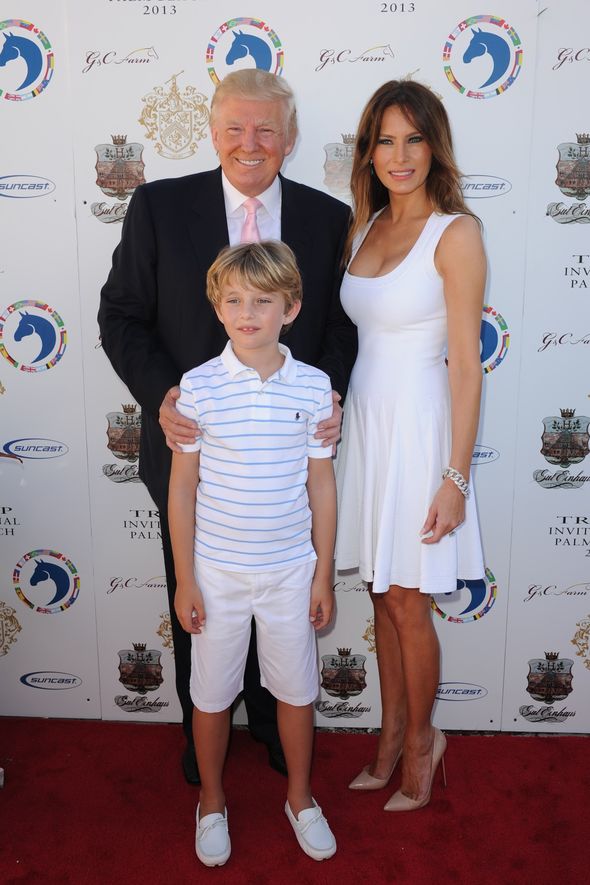 A body language expert analysed the couple exclusively for Express.co.uk.

Body language expert Judi James said: “Trump’s body language signals with his son Barron suggest he is a bit of a ‘Lion King’ papa, proudly presenting the boy to the world while hinting he is a chip off the old block.”

Melania, on the other hand, takes a far more protective role over Barron.

Judi said: “While Melania’s envelopment and support gestures suggest a more protective and nurturing approach, with her arm wrapped around her son as he leans forward in the oldest photo, and then both hands used for gentle support and restraint as he starts to toddle in some of the later ones.”

The expert also suggested Donald has a signature pose with Barron that suggests his “pride and endorsement.”

She said: “As Barron gets older Trump tends to stand him directly in front of himself, clutching both his shoulders in a gesture of pride and endorsement.

“The clasp allows the young Barron to adopt a similar, upright with slightly splayed legs pose as his dad.

Judi said: “Finally, once Barron grows taller and those ‘stabiliser’ hands come off, Trump appears to display confidence in his son by allowing him his body language independence. 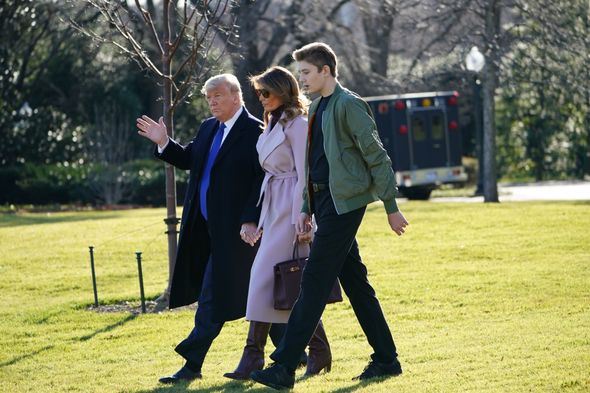 “Barron is seen walking with his parents in very much grown-up, adult mode.

“Trump walks with Melania’s hand clasped in his own while Barron strides out alongside his mother.”

A new book claims to give insight into Melania and Donald Trump’s relationship.

The author, Mary Jordan has described the relationship as “unusual”, but it works.

The author wrote in her book The Art of Her Deal: The Untold Story of Melania Trump: “I don’t know any couple that spends as much time apart. They are often in the same building, but nowhere near each other.”