EVER wondered why an important work meeting feels so much easier on say, the 7th of the month, than it does on the 20th?

Or why you’re so sociable one week yet two weeks later, you feel more introverted, preferring solitude and nights in? 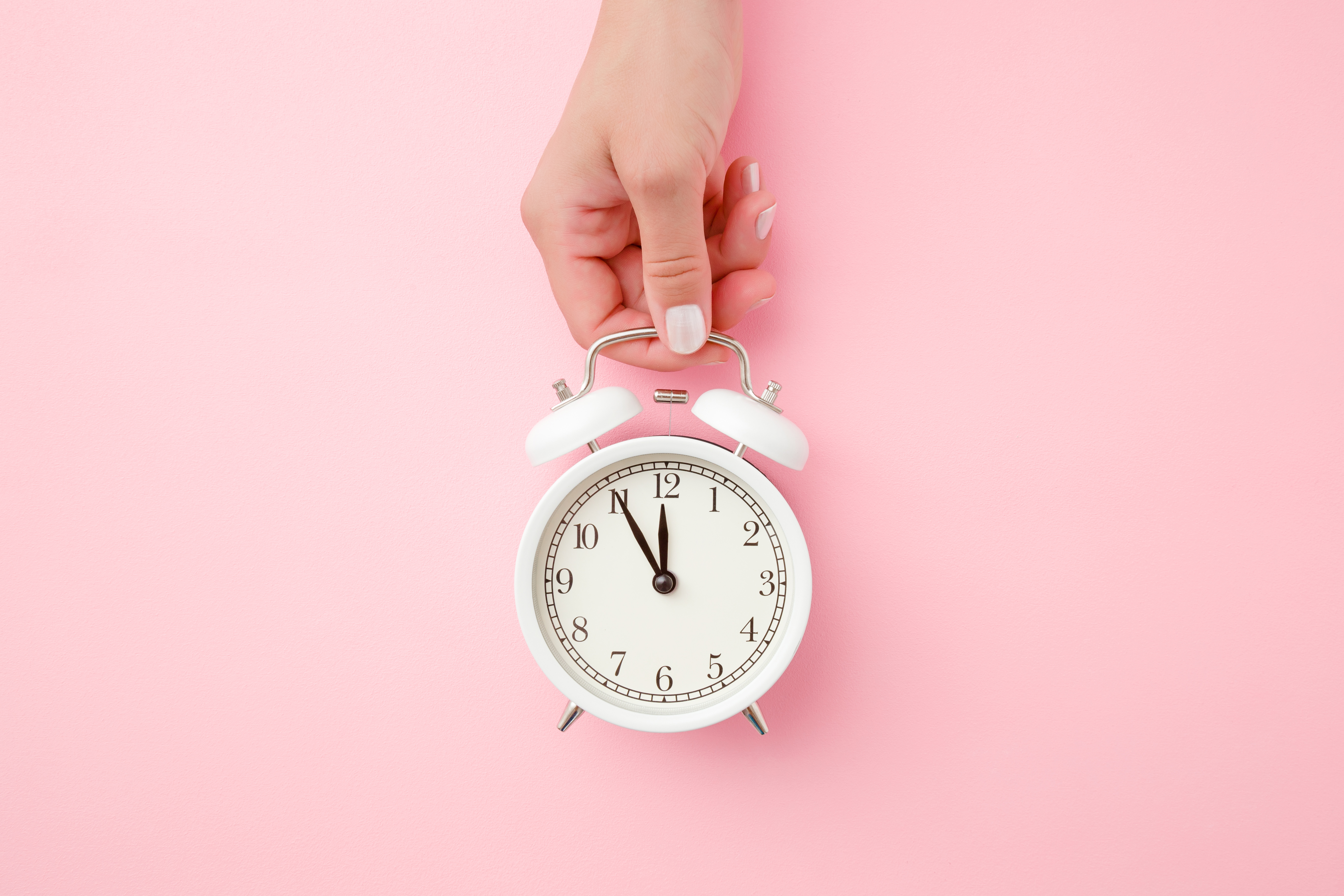 If you’re a menstruating female, then it could all be down to your infradian rhythm.

This is a 28-day internal cycle that regulates your menstrual cycle and influences your mood, appetite, exercise choice, productivity, focus and even stress levels.

No two days are the same in the body of a woman.

But by attempting to work your schedule alongside the stage you’re at in your infradian rhythm, you’ll be able to optimise your wellbeing and live a happier, healthier and calmer life. 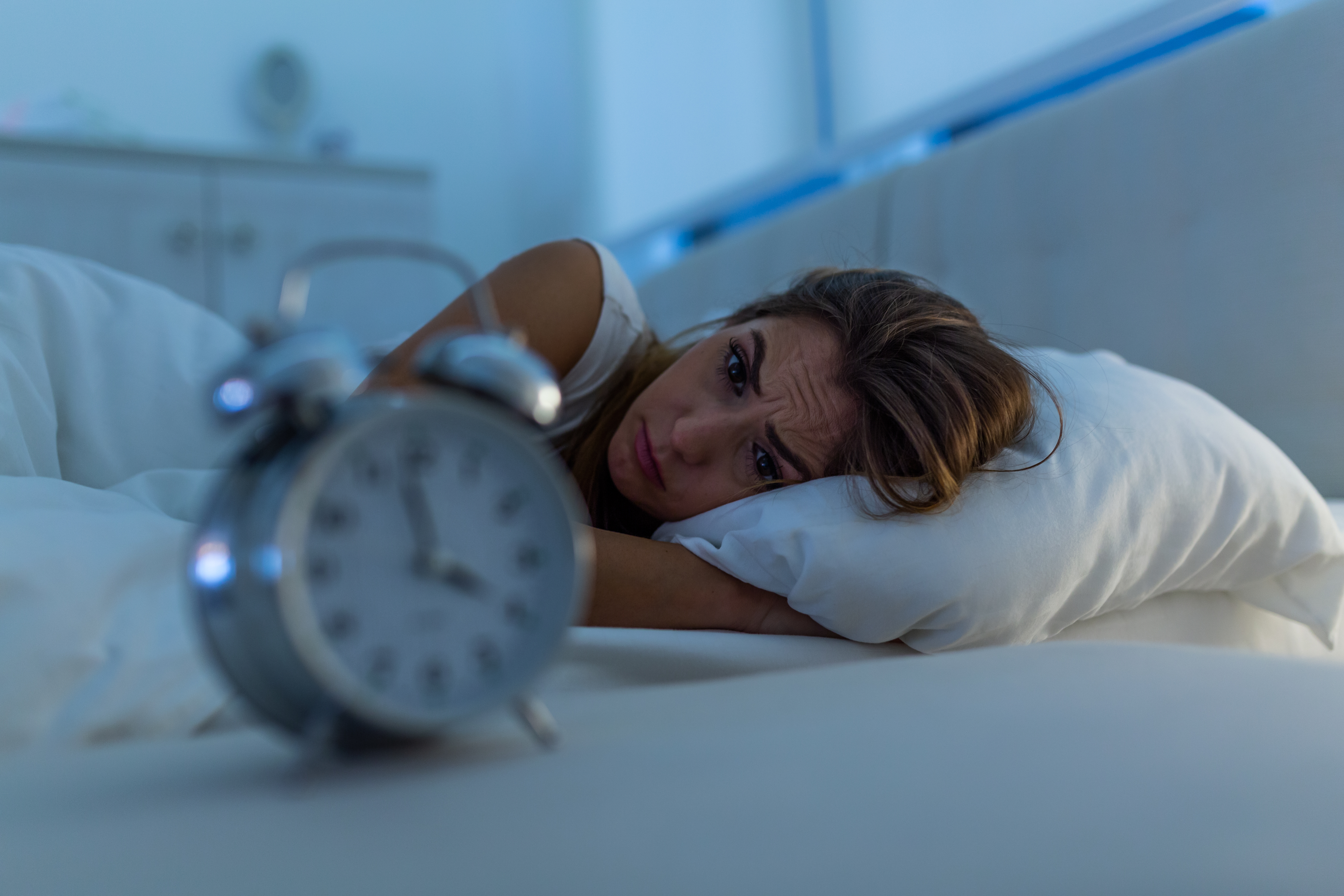 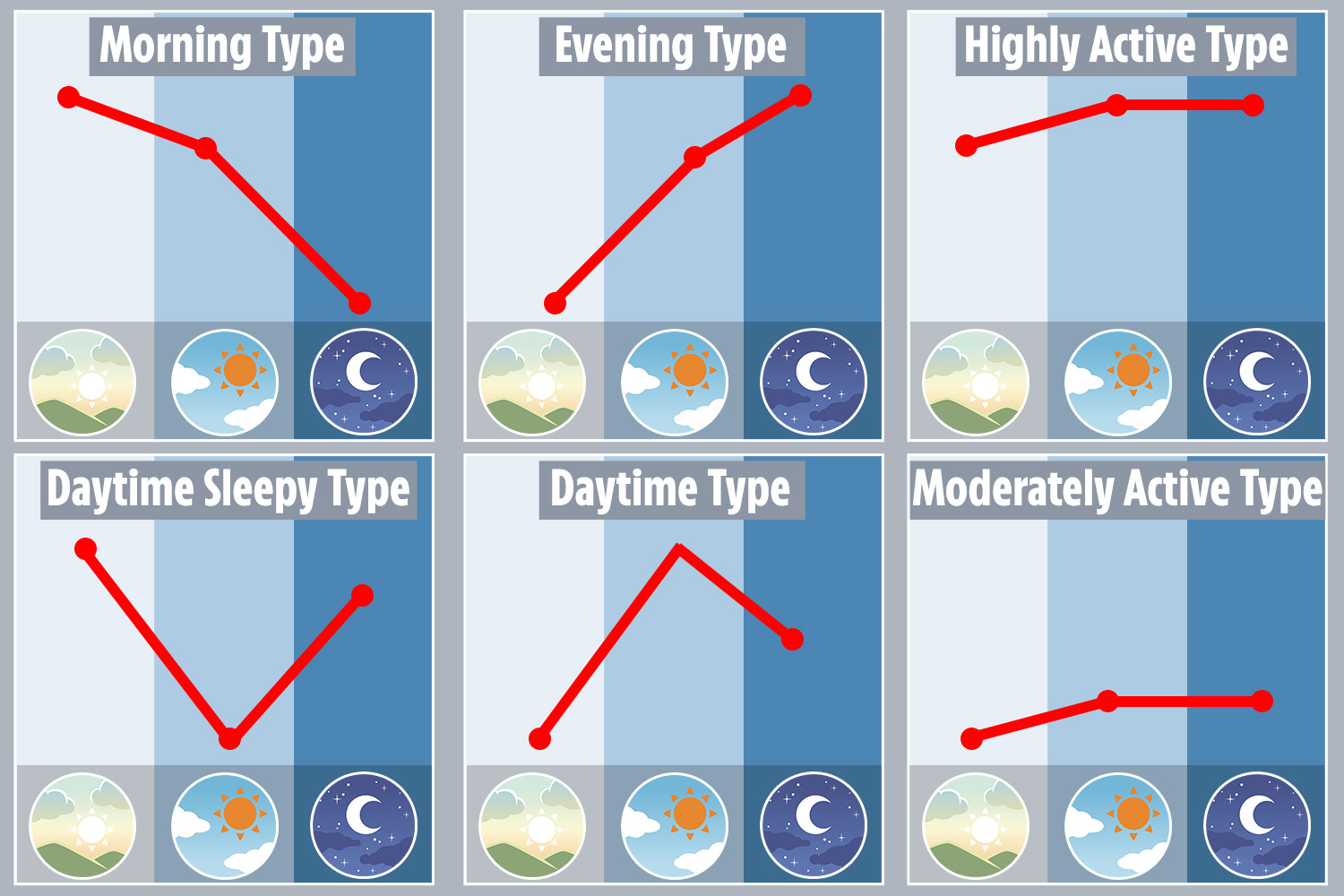 It’s about supporting the inner functions of a female body, not going against them, and with 85 per cent of British women wanting to understand their bodies better, according to Love Fresh Cherries, it makes sense that we stay clued up on this important rhythm.

In fact, only a fifth of women have strong knowledge of their body’s signals.

Ieva Kubiliute, Wellness Psychologist at oliolusso.com, says that both male and female bodies are run by an internal timekeeper known as the circadian rhythm, which is also known as the sleep/wake cycle.

It’s a 24-hour biological clock that helps us to feel rested and sleepy late at night/early in the morning, and alert and awake later in the morning and throughout the daytime. 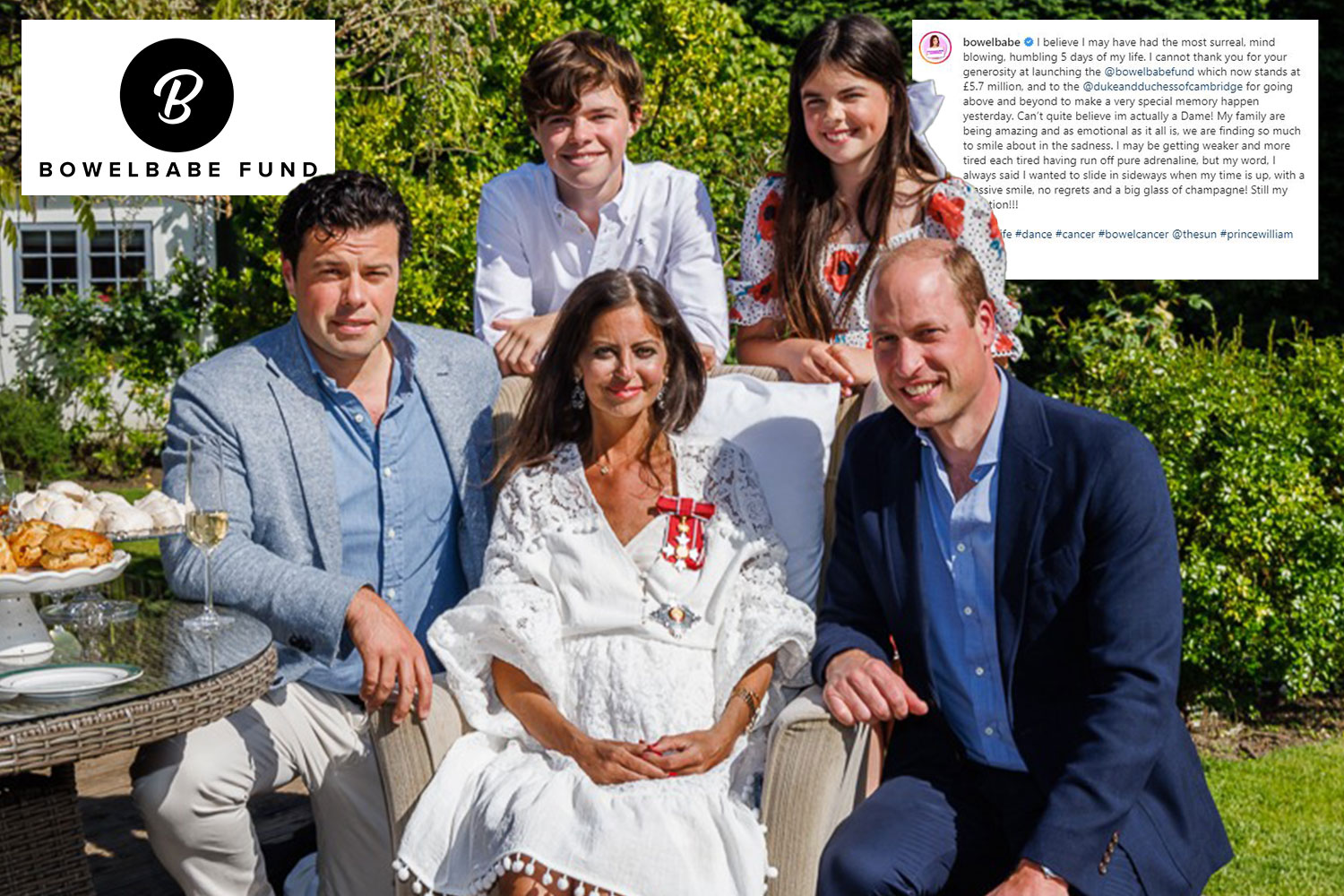 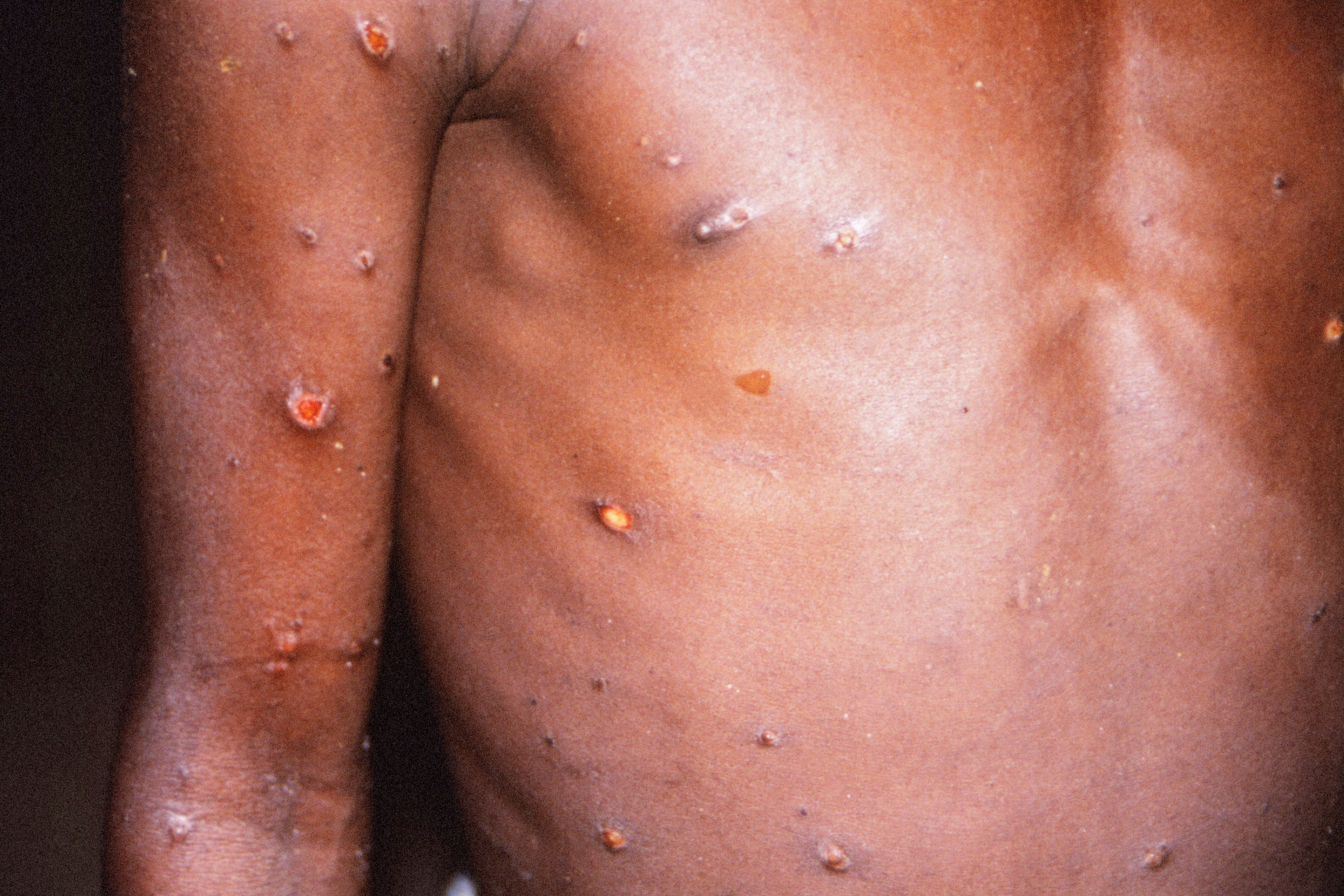 DAME IN A DAY

I could've spoken to Wills all day, says Deborah James as she gets Damehood

For women, however, there’s a second internal timekeeper known as the infradian rhythm.

“The infradian rhythm is the second internal timekeeper experienced only by people with female biochemistry.

“This less-known biological rhythm is involved in menstrual cycle control, which lasts for 28 days", she says.

She adds that many systems of a female body are connected to the infradian rhythm, including the stress response system, reproductive system, immune system, brain, metabolism and even our microbiome; the collection of bacteria and organisms in the body.

Confused as to why you’ve never heard of the infradian rhythm? Well, you’re not alone.

“Neglecting to dive deeper to find the root cause of women’s symptoms keeps important elements of the female physiology, including the infradian system, out of the limelight,” says Ieva.

To understand how the infradian rhythm affects a woman each month, we have to look at certain phases of the menstrual cycle.

Day one of your cycle is the period itself; the moment you start to bleed.

Once this is over, you’ll enter the follicular phase for about a week, by which point you’ll have reached ovulation.

Next up is the luteal phase, which lasts for around two weeks before your next period begins and the cycle starts again.

To make your life a little easier, you can plan certain events around your cycle…

The best time to arrange a night out

Ieva explains that during the follicular phase there’s an increase of the hormones oestrogen and progesterone, “encouraging follicle development and growth or thickening of the uterus lining”.

“While this is happening in your body, your energy levels stay on top,” she adds.

So if you’re planning a big night out, or fancy hosting friends for dinner, then the week immediately after your period is the best time.

The best time to focus on a tough project

Ieva recommends the follicular phase as a time to get stuff done such as postponed tasks or complex projects.

During this time, productivity levels are strong, and you’ll likely get more done than you would towards the end of the cycle, when energy levels and productivity are on the decline.

The best time to hit a run personal best

High intensity exercise can be taxing, but it’s during the follicular phase, after menstruation, when energy levels are highest and intense workouts are more appealing.

Go for a run, try a HIIT workout at home or simply opt for anything that will get your heart rate up and make you sweat.

Be mindful of injuries though and make sure you warm up and cool down properly; research has found that there’s a greater risk of knee injury during this time.

The best time for a job interview

“During the ovulation phase, the levels of luteinizing hormone increase,” says Ieva.

This hormone triggers the release of an egg from the ovary AKA, ovulation.

Therefore this is a great time to book an important meeting, arrange a job interview or complete group projects, as you’re also feeling more sociable.

The best time to have sex

Whether it’s simply for pleasure, or you have hopes of starting a family, getting frisky between the sheets is best done halfway during the infradian cycle, during the ovulation phase.

In fact, this is actually when women are “most attractive”.

“Ovulation affects the psychology, behaviour, and physiology of women.

“For physiology, we are talking about changes in skin appearance that give women a redder face, making them look more attractive to men and women,” says Ieva.

The best time to go for a bikini wax

Or, anything else that might inflict pain for that matter.

“The ideal time to wax is during the ovulation phase,” says Ieva.

“Your pain tolerance is high during these days, making it the best time to book a wax session.”

Ieva adds that the follicular phase is also a good time to book a painful wax.

“These phases are marked by high levels of the hormone oestrogen, making women less sensitive to pain.”

The best time to book a pedicure

A bit of self care never hurts anyone, and it’s during the luteal phase that you might need to treat yourself a little bit more.

Ieva explains: “If you conceive, progesterone levels will continue rising in the luteal phase.

“However, if pregnancy does not occur, progesterone levels will rapidly fall, making you feel mentally and physically weak.”

The hormone progesterone is responsible for thickening the uterus lining, preparing it for the implantation and maintenance of the fertilised egg.

“This is the best time to prioritise self-care, treat yourself, and complete tasks that are not mentally demanding.”

The best time to take a nap

It’s during menstruation itself that your body might be craving more naps and general downtime.

“Your oestrogen levels are low during the menstrual phase, negatively affecting your energy levels,” reveals Ieva, who says other activities which are ideal at this time include yoga, reading a book and going for a massage.

Thousands of households to get £150 free cash next week

The body will likely be craving warm foods too during this time and a sluggish digestive system might find it harder to break down tough foods.

Try whipping up a soup for a comforting dinner.