I’ll wear a mask, but I will not cancel Christmas: Millions of us are done with listening to people telling us what to do within our own homes, writes BEL MOONEY

They’re at it again. It’s like Groundhog Day, where the same things happen again and again to the point of madness.

So we have to listen to the monstrous regiment of experts and politicians and scaremongering pundits and doomy BBC voices and lockdown-avid authoritarians – with a tedious London mayor thrown in for bad measure.

The dreaded phrase ‘rule of six’ is being used once again, as scientists employ the same old dodgy modelling methods (which often seem as reliable as a fortune teller’s crystal ball) to prophesy the end of times – and with what sounds suspiciously like sadistic glee as they attempt to squash a weary populace into fearful submission. 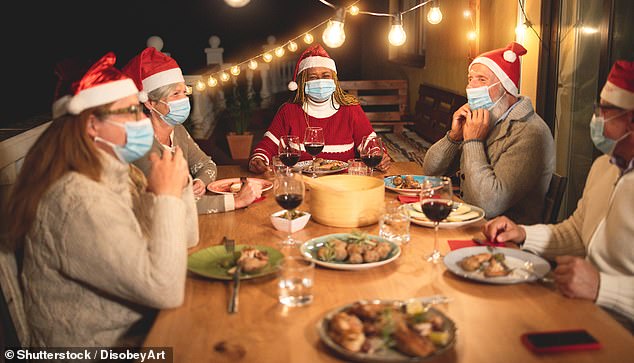 As Omicron cases have been on the rise, people have been advised to scale back their Christmas plans

Scale back your Christmas plans, advises a Prime Minister whose standing is now so low he’s losing votes and ministers like a careless schoolboy leaving his satchel on the bus.

Meanwhile, London’s mayor Sadiq Khan uses shockingly inflammatory language like ‘major incident’ and says rules should be tightened ‘sooner rather than later’ – but that people should still be able to enjoy Christmas Day with their loved ones, unless there are more restrictions.

Well, thanks a bunch for nothing, Sadiq – because we can make up our own minds. Millions of us are done with listening to people telling us what to do within our own homes.

Millions of us reject all the current brainwashing into lockdown by stealth and shout from the rooftops that nobody is going to take Christmas away again. 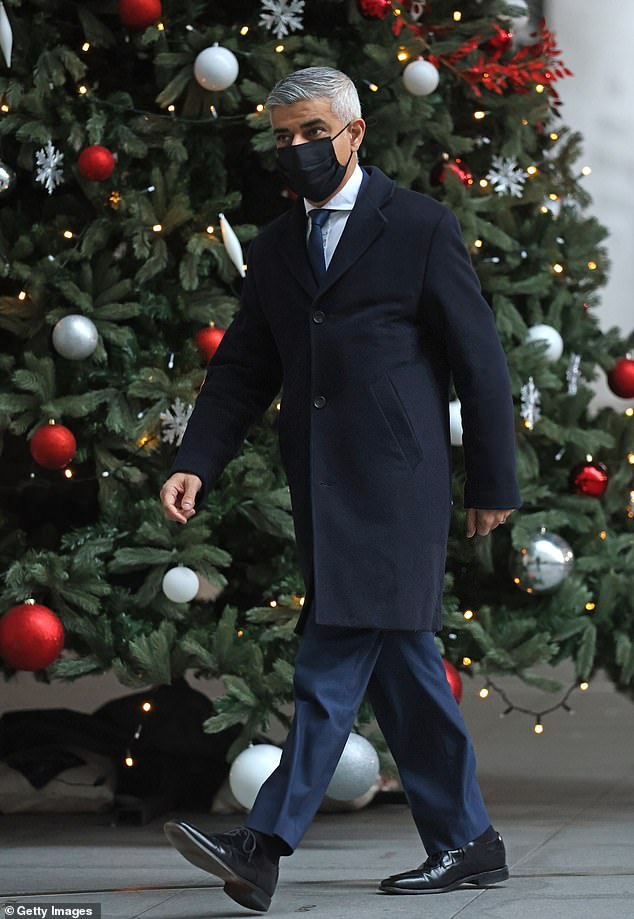 Mayor of London Sadiq Khan arrives at the BBC for the Andrew Marr show on Sunday. He has declared a ‘major incident’ in London over the city’s Omicron cases

During a gloomy Government press conference on Wednesday, Professor Chris Whitty called on people to prioritise their social contacts during the festive period and limit household mixing.

And countless families were thrown into a flat spin of worry all over again as the death star Omicron hurtles towards these islands, ready to annihilate us all.

Even though at that point the UK’s one Omicron death was allegedly that of an unvaccinated person said to be over 75.

Let me be clear. I respect Chris Whitty, know quite well that Covid has left many families reeling from loss, and understand why people continue to be anxious and afraid of a virus that seems irrevocably to have changed our whole way of life.

This country’s vaccination programme is something to be proud of and we should be grateful to all those giving up their time to jab the wise people queuing for vaccinations and boosters.

So far, so sensible. But is it sensible to ignore all the evidence from South Africa which says that people who contract Omicron generally have milder symptoms and recover faster – and the view of Dr Angelique Coetzee (who first identified the variant) that the British response has been ‘knee-jerk’ and over the top?

Is it fair to ignore the distinguished voices (like that of the vaccine expert and professor of oncology Angus Dalgleish, writing in Saturday’s Mail) who reject the current ‘manufactured hysteria’?

Is it responsible to foster this ‘climate of dread’ when the UK Health Security Agency says that the modelling behind Sajid Javid’s claim of 200,000 daily Omicron infections is ‘no longer valid’?

Is it wise to whip up the kind of fear that can ruin hearts and minds as well as the economy?

To threaten people’s precious time with family and friends when just one in 20 patients in ward beds has Covid in England (a number that’s been fairly consistent since the end of July this year) – in contrast to one in six this time last year?

Surely the answer to all those questions is a resounding ‘No’.

Never mind infections from Covid or Omicron: We are being universally infected by a climate of pessimism, with appalling effects on the nation’s mental health.

One of the many tragic effects of lockdown-mentality is that people have been brainwashed into behaving in what I consider to be unnatural ways.

At the beginning of this year an elderly woman wrote sadly to my Saturday advice column to tell me about her lonely Christmas.

Even though it was permitted for a family to spend the day together, her daughter and son-in-law had refused to have her in their home as usual, or even to come inside her house.

Oh, they visited her – just standing in the garden for half an hour, talking through her wide-open window as they all quaffed a glass of icy champagne. How festive.

‘They thought it best to shield me,’ she explained. From what, I wondered? Happiness? Or kindness?

Two weeks ago, at a small party in Bath, I was attacked by a couple of intellectual, Left-wing lockdown addicts for declaring that in my house, Christmas is our own business.

A middle-aged man joined in, telling me dolefully: ‘Last year I sacrificed my Christmas.’ I asked how. He explained that he lives alone but always travels to his widowed mother’s home.

Last year he didn’t, ‘because I was worried about infection’. So he chose to condemn himself and his mum to spend a miserable Christmas apart. Then he added piously: ‘You have to obey the rules.’

But what happens when the rules seem totally irrational and are imposed by people for whom you have lost respect? 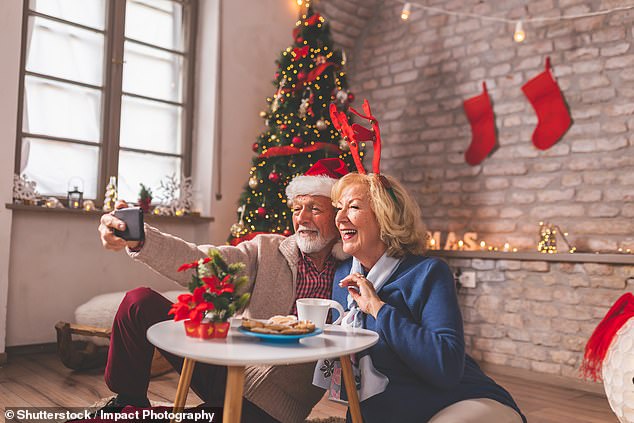 Do you meekly comply with diktats issued by here-today-gone-tomorrow politicians and unelected scientists – when their instructions challenge all your most dearly held beliefs?

Yes, I will wear a mask on a train if that’s the rule. But will I not celebrate Christmas with the people most dear to me on this earth, because Sage scientists say it’s a bad idea?

Not on your life.

Last Christmas my dear old dad wore his paper hat, glugged his red wine, and told one of his daft jokes as we all tucked into turkey and all the trimmings.

That perfect Christmas day (with no squabbles among his four great-grandchildren, for once) was to be his last – and I will always think of it as sacred and rejoice in the memory.

Yesterday I chatted to my mother (97 now and in poor health) about how she would rather see her grandchildren and great-grandchildren on December 25 than be protected from them.

She makes her choice – as all reading this can make their own. Yes, we are living through depressing times and things could even get worse before they get better.

But let us never, ever let the powers-that-be brainwash us into thinking that the fear they encourage is somehow more valid than our cherished friendships and family love. It is not – and never will be.