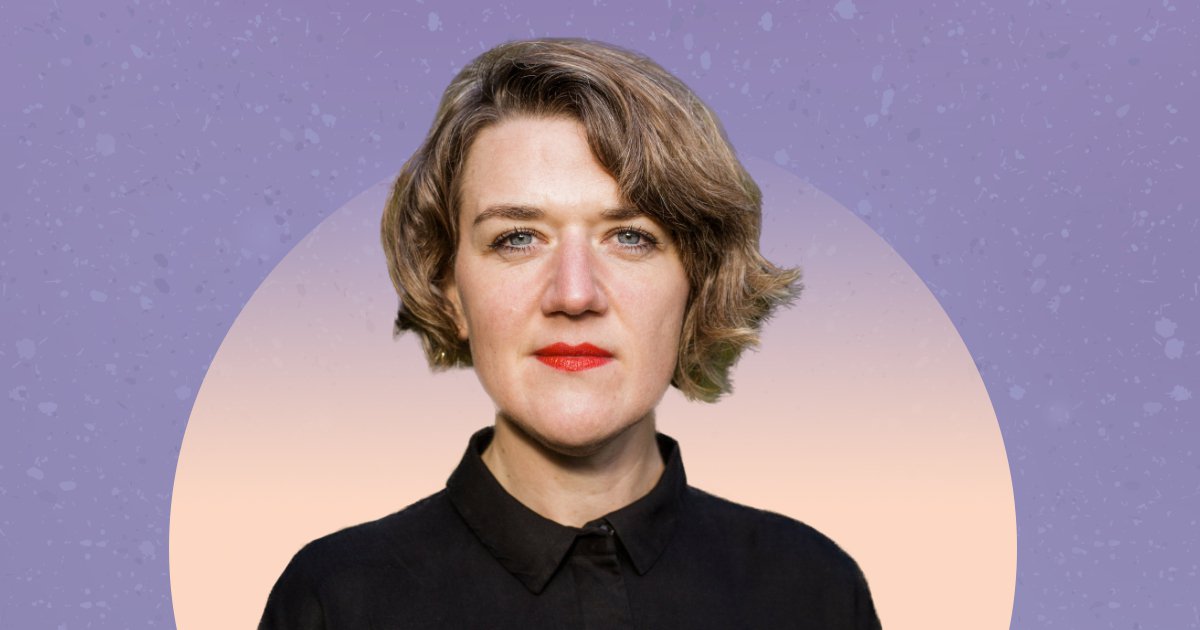 ‘At 28, my life went into a totally catastrophic period of personal and professional chaos, of change and transformation,’ says Nell Frizzell, now 36.

‘I threw away the security of a relationship, confronted the finite nature of my fertility, acted at times with careless depravity and took on, eventually, a whole new identity.’

The future she’d pictured with her ex, with whom she’d split after six years, was replaced with the myriad possibilities of single life but it also emphasised the metaphorical ticking clock.

If she did want a baby, then when, how, why and with whom?

Adolescence and menopause encapsulate monumental periods in life but there’s no term to describe what happens in between. It’s why writer Nell set herself the bold task of creating a ‘linguistic shorthand’ for these nameless but equally fundamental years. She settled on ‘the flux’.

‘I like that it captures the psychological chaos, physical bodily elimination and emotional fluctuation that happens between adolescence and midlife,’ says Nell, who explores the flux in her new book, The Panic Years: Dates, Doubts And The Mother Of All Decisions.

She highlights that the choices we make from our twenties to our early forties are often heavily influenced by one question: whether we should have a baby. This impacts on all aspects of our life, including dating, which job to do and where to live.

Nell’s own flux was triggered by the end of that six-year relationship. Already ‘an unduly catastrophic thinker,’ the sense of panic was amplified by the fact her mum went through the menopause at 40.

‘Every month I’d get my period and think, “That’s another potential future gone”, and I didn’t know how many of those eggs I had left, but I’m glad it pushed me to make a decision,’ says Nell, who now lives in Oxford with partner Nick and their three-year-old son.

Motherhood didn’t herald an epiphany for Nell but it did prompt her to ponder the extent to which we endlessly ruminate about becoming a parent.

‘Not only what it meant and the compromises I’d need to make but the way the men in my life had been conditioned to think about fertility, the way we talk about female desire and maternal love. All those things deeply altered my life in a way I wasn’t prepared for.’

Throughout the book Nell gamely shares brutally honest anecdotes from her own flux, including the hopeful but doomed flings, the anguish of birthdays, weddings and baby showers, as well as her own messy journey to becoming a mum. But she also examines the wider societal issues.

‘I still find contraception a deeply troubling and sexist phenomenon,’ she says. ‘The average cost of childcare in this country is unsustainable and the rate of successful interventions in terms of egg freezing and IVF are much lower than I thought.’

On those two points, the numbers speak for themselves: it costs £6,800 per year for a part-time nursery place, says The Money Advice Service, and around four in five cases are unsuccessful, according to the Human Fertilisation and Embryology Authority.

‘All these things can look like separate quandaries but they all feed into the same giant flux so of course we have a hard time trying to navigate them simultaneously,’ says Nell. ‘And I’m a white, educated woman operating from a huge sense of privilege. What must it be like to be a person of colour or low income, a single parent, or from the LGBTQ community?’

While Nell’s flux ultimately led to a baby, the book isn’t about that one narrative.

‘I hope child-free people, by choice or otherwise, can find things in it that really speak to them because what’s surprised me is that the people I’d least expect, who are leading very different lives to me, told me they can identify with the things I’m describing,’ she says.

Nell’s only just started having frank discussions with her friends about this topic.

‘I’m the queen of oversharing, someone who never shies away from the more revolting sides of having a human body, but I shied away, and still do, from saying to people, “Do you want to have a baby?” It’s such a loaded question,’ she says.

‘Only certain people have the right to ask that question and in certain circumstances but I do think it’s a conversation people should feel more able to have. It feels like we all skirt around something that’s quite fundamental to the way we live our life.’

‘To hold our feelings up to the scrutiny of the world can be scary but it’s healthy to say what you want.’

Nell Frizzell’s The Panic Years… is out now